by Chandler Olof 9 months ago in surreal poetry 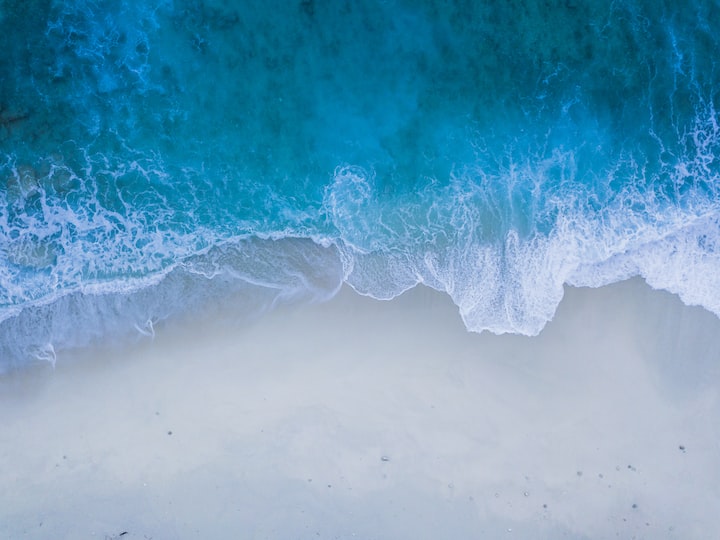 Photo by Nattu Adnan on Unsplash

The leaves sounded like the waves beneath them, both roused by the breeze that induced the peace of the place. I had built it that way; kind and inviting. It was tranquil, for now. Though I was relaxing on the cliffside, I knew it would end. My paradise was too inviting. And as soon as I thought that conscious thought, I saw the first boat on the horizon. Its sails, tall and proud, were leading the fleet that was hidden behind their grandeur. A few more blinks and I witnessed the vast armies of the dawn conquer the skyline as they approached the shores of my kingdom.

The stillness trembled after the sky grew ominous with heartbeat-like thunder. The sheen layer of dark grey combined with the smell of rain gave the impression that some ancient god was behind it all, ready to come down and make its wrath known.

I did not want my sanctuary disrupted. Fighting was the only option, but they would overcome me for the better. They began with their insignificant ammunition, measly sevens, merely slapping my fortifications. I dispatched them with an easy flick of my wrist.

But quickly, the eights were behind them, flying into my airspace like fiery meteors, upsetting the breeze that had calmed me so. The eights punched my walls, and I felt the first realities of what will be. My doom. I raised my hand in a fist, and crushed them.

Immediately, hefty eight fifteens ripped through my sand castle, and I knew from the exponentially increased sound of impact, that I should surrender. But I didn’t want to. I loved my kingdom too much to give up. I rose from my throne, leaned forward, and destroyed them with a mighty downward force of my palm.

As I brought my hand down, an eight thirty hit me square in the face. I opened my eyes and knew that I had failed. But it was too late. I was late.

For the rest of the day, all I could think about was the prophecy. It spoke of a day when the peace, the tranquility, the stillness... will reign in my land, and the armies can’t find me. A day with an ironic name when I will wake on my own terms, Sunday.

Even more ironic than the day was myself. For when the ponderings of the foretold moment robbed me of any experience I may have recollected throughout the day, I found myself standing in front of the ships’ harbor. This harbor was everything the ships needed to destroy my palace once more. I sat on the pillowy portal to my kingdom; I could rebuild it in a second. But I stared at the harbor, wondering if I should arm it again.

An epiphany struck me at that instant. Why do I arm my own enemies? I might as well steer the armada myself. Who is the one who commandeers these vessels against me?

The leaves made no sound this time. Nor the waves carry the navy toward the cliff. I was determined to see leaders of my adversaries. Peace itself would not distract me. I stood atop the precipice with my telescope, eyeing down the storm’s conjuring. The ships showed themselves on the murky sea, and this time, I saw their sails made of bills and bank payments. Corporate suits yanking on the helms of the floating beasts were in full pursuit of the hunt for my domain.

I knew that my wrists and fists could do little now. And as the ships unleashed hellfire, I unleashed my heart, my cunning, and my sweat. A colossal shield fitting for an angry god rose out of the ocean and blocked the cannon fodder, striking fear into the fleeing forces. I felt the first realities of what will be. My rise.

Read next: End of It