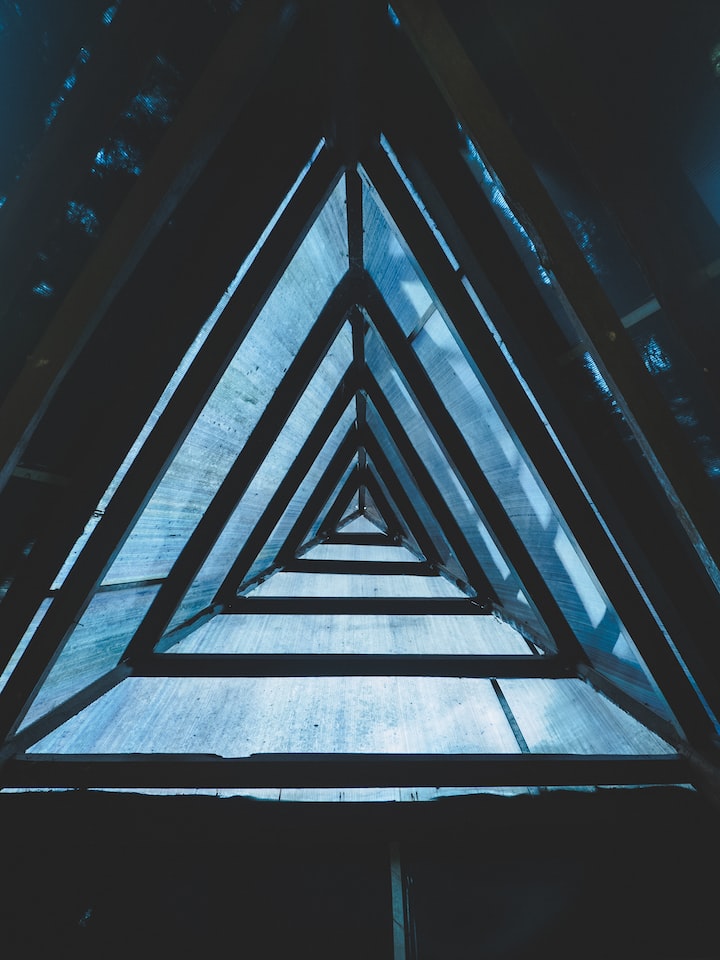 Photo by said alamri on Unsplash

Now, are you sitting comfortably?

Into the Morphing Grid

While settling in the local area, having just moved to town, and meeting some interesting people who take a shine to me for reasons I don’t quite get…

That’s where I meet him, another self-identified misfit, equally as geeky, and highly compatible by pseudoscientific standards as well.

It doesn’t even register how weird it is that we’re meeting in a toilet.

“Well, well, well… looks like these two dweebs are hitting it off.”

Great… a trio of alpha jocks, and the first thing they notice is us… and one of them is actually making fish faces?!

Saved by Prof. O… not exactly the best start to this potential friendship…

“We were just leaving.”

“Good, because this is no place to hang out. The fresh air’ll do you good.”

“No sweat. I gotcha backs.”

“You handled them and kept your cool like it was nothing.”

“Well, I knew a pair of knuckleheads like them way back in the day. Still, they turned out alright.”

“I hope so, because they give me a real sense of anxiety…”

“Not me. I’m used to bullies. This is nothing compared to my youth.”

“Hey, that’s the spirit! Stick with Zed, and he’ll watch out for you.”

You really think so, Professor…?

“You really think so, Professor?”

“Hyeah… I know his type, and it’s always good,” spoken with a grin that makes me feel all the more confident…

“Well, that was… interesting.”

“Yeah, it was,” he admits with a huge grin and a small chuckle… “See you around, mate.”

Staring at me… he looks like… no… a Power Ranger?! I’ve heard of those before, but… why is one here? And why is half his helmet and suit missing? And that glowing red eye… almost cyborg-like in appearance… and he’s staring right at-

He’s gone… maybe I imagined it…?

Wow… Prof. O’s friends are really nice… and they spoke of the Power Rangers as though they… nah! They were probably just messing wi-

The heck did this storm come from?!

Wait… what is that thing?!

“The world is imperilled!”

Is it talking… to me?

“A great evil threatens this place; thus, a new team of heroes must assemble to protect it!”

A flash… and what’s that hurtling in my direction?! AAH!

“Take this object! It will help you in the challenges to come!”

What is this…? Aah! Hot! No… tingly? But what could it be? Looks a bit like a blue, robotic dragon…

“Find the others! Protect us all!”

It’s gone… and so is the storm… but why is everyone behaving as though nothing had happened…?

No sign of them anywhere… why can’t I find Prof. O and his friends? What were their names…? Kimberly and Adam? Yeah… pretty sure that-

Maybe I’ll find my new friend inside… or those three losers… hm?

It’s that Ranger-Borg… thing… why is he staring? Am I being followed?

Hm? What happened to the lights?

What the… heck are these things?! Wait… those clothes… aren’t they the alpha jocks?! But they’ve been turned into… monsters!

Suddenly, I transform into… the Fly sprite animation from the original Pokémon games… and wake up.

Into the Poké World

“Oh, please! Who could love a creature so hideous as Purugly?”

Whelp… that’s one conversation I didn’t need to overhear, but it gives me a wonderful idea…

Oop… that was a weird thing to yell in the third person… oh well!

Already on its back? Great! Time to-

“Did you see that? He actually caught a Purugly! On purpose!”

“Even its purring is awful!”

Time for the sweet-talking…

“Don’t you listen to them, Cootie-pie… you’re bootifoo just as you are… yes, you ahw… yes woo ahw…”

Oh yeah… I was looking for a Fairy-type Pokémon, wasn’t I? Still, I made a new friend today, even if it was a little spur-of-the-moment spontaneous…

Then, just as Cootie-pie and I resume our search for more new Pokémon to befriend… I wake up.

Looking around, I notice a group of people, mostly children and… I assume those are their parents? Why are they dancing rhythmically around a piece of playground equipment?

Hold on… I can almost make it out…?

Is that… the Fey language?

Wait… why the heck was I singing?! And how did I know the lyr-

“Alright, everybody… hands up! Now!”

Armed forces… in a playground?

“This area is now under investigation by the Unified Intelligence Taskforce. All non-U.N.I.T. personnel please remain calm and stationary until you’ve been examined and discharged. We appreciate your cooperation.”

She looks to be the one in charge…

Her eyes widen, “You heard it too?”

“It’s only supposed to affect people without a Y chromosome.”

“Then what’s so special about me?”

“Last I checked… is it important?”

“No, but the fact you didn’t even bat an eyelash at the thought of nonhuman lifeforms suggests an encounter.”

“Apart from the feycanto just now?”

“Precisely. Now, I need you to be straight with me: are you familiar with extraterrestrials, supernatural beings, spacio-temporal occurrences… that sort of thing?”

She sighs, “I think you should come with us.”

“If only the Doctor were here…”

“Our chief expert on this sort of thing.”

“Then you’d better come with us.”

“Isn’t that what I’m doing anyway?”

“Funny… I don’t remember seeing you in our database of encounters.”

“Well, I’m sure there must be a reason for it, right?”

“Knowing him, he probably hacked our systems and deleted you from them.”

“But why would he… never mind. Stupid question, obvious answer?”

“The Black Archive, a repository of everything alien recovered by U.N.I.T., all top secret, including every bit of information we have on the Time Lord known only as the Doctor.”

“You’re talking as if you know him quite well.”

“Well, no, but I know quite well that the only one who knows more than 1% about the Doctor… is the Doctor.”

“You’re not wrong… so, a playground filled with hypnotised little girls and their mothers and aunts. Thoughts?”

“Not too childish a topic for a full-grown adult male to believe?”

“Not even a little. Besides, they’re not actually fairies in a storybook sense.”

“Well, the way he explained it-

I shake my head. “These beings come from another world, one now causally displaced in a spatio-temporal context, yet no less existent.”

“They call themselves the Avalon.”

“Are they here? The people affected.”

“They’ve all been in a catatonic state since leaving the area.”

“They’re still affected by the feycanto.”

“We’ve tried everything to snap them out of it, but so far you’re the only one apparently unfazed by-

Got it in one, Osgood.

“But why is she mirroring you?”

“According to my readings, the delay between your actions and hers is… nonexistent. You’re in perfect sync.”

“The Doctor mentioned about… whoa, this is freaky.”

“The Doctor mentioned about… whoa, this is freaky.”

“It’s the same energy that powers his primary mode of transportation.”

“Precisely,” she says with a look that suggests she’ll drop the explanations and assume I’m a fellow know-it-all.

I ready my internal dialogue to ask, “Could it be genetic?”

Oh, what a comically bizarre moment to wake up and get my line wrong all in the same split-second shift back to the real world… still, this is definitely a night of “dream-binging” to journal on Vocal, that’s for sure…

Whelp, I’d better get to it before it fades… I mean, how often does anyone dream like this? So much variety, yet with seamless thematic overlap… easily one of the best trilodreams I’ve ever had!

You’ve heard of the Many Worlds Theory? Well, Orion J. Zed has imagined hundreds of worlds in his creative endeavours, many of which are documented in some form.

He rarely refers to himself in the third person other than “About Me” sections.

More stories from Orion J. Zed and writers in Poets and other communities.