The Making of a Poet

by Cathy Coombs 4 months ago in art
Report Story

Thoughtful imaginations rise with language across the pages 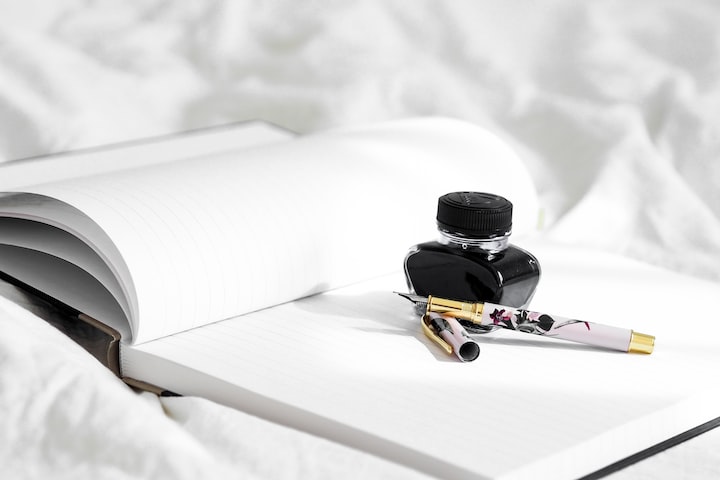 A word is dead

When it is said,

I say it just

Emily Dickinson, Wallace Stevens, William Blake, and Maya Angelou are some favorites of mine. There are so many poets to be revered. T.S. Eliot is another. Amanda Gorman is also added to my list.

Years ago, I was acquainted with someone who wrote poetry. One line he wrote, I can see your soul, stuck with me for life.

A poet has a special way of communicating with a reader. A poet's language is either written in metaphors, formally or informally. One could say that poets have existed since the beginning of time all over the world and during different time periods throughout civilization.

Poets have used different styles of communication which have evolved over time.

A poet writes out of emotion. The emotion is expressed eloquently in free verse, or within different poetry genres.

As the formalities of poetry changed through the decades, it became stanzas that rhymed while still having a rhythm. But if you think about it, every form of artistic measure be it music or painting or sculpting or building has changed.

Amanda Gorman has her own style and performs it probably better than me just reading it out of a book. However, now that I've heard her read her poem, when I read The Hill We Climb, I hear her voice.

In modern-day times, song lyrics are thought to be a form of poetry by some.

A well-written song isn't just a poem with a bunch of notes attached; it's a unity of verbal and musical elements. In some ways, this makes a lyricist's job potentially easier than a poet's, because an attractive tune can rescue even the laziest phrasing. (Source.)

When a songwriter wins the Nobel Prize for Literature

You might be thinking, what? That is if you didn't know this occurred, especially when the Nobel Prize for Literature usually goes to poets or novel writers.

In March 2017, even The New York Times was asking, After Dylan's Nobel, What Makes a Poet a Poet? after he won the Nobel Prize for Literature. I still think that's interesting since I've always thought of him as a singer/songwriter.

So if Bob Dylan is a poet, it follows that anyone who does basically the same thing that Dylan does should be considered a poet as well. Yet while people routinely describe both Dylan and Kid Rock as 'songwriters' and 'musicians,' there are very, very few people who refer to Kid Rock as a poet.

Dylan is the first songwriter to receive the Nobel Prize for Literature which it was announced he received in October 2016. The Swedish Academy said Dylan was being honored for having created new poetic expressions within the great American song tradition. (Source.)

Dylan was not present at the awards ceremony in December 2016 and didn't accept the award until the spring of 2017 after which time, he had until June to present his Nobel lecture in order to receive the prize money of $923,000. He sent his lecture on audio.

In the speech, sent to the academy with an audio link in which Dylan reads it aloud, the enigmatic rock star reflects on the possible links between his lyrics and literature. (Source.) [Emphasis added.]

While it created a debate and a stir that Dylan won, it's probably a good thing the prestigious award went to British novelist, Kazuo Ishiguro, the following year. American poet, Louise Glück won in 2020.

Even Dylan might have been questioning why he won.

Is a piece of song music with poetry attached or the other way around? Some say if you take the music away from the language, it makes for a bad poem. You might also ask yourself if the songwriter publishes their poems. No? Then perhaps the songs are just songs and not poetry.

Even when I read song lyrics, I see words to a song. They don't necessarily read like poetry to me, nor do I see the songwriter as a poet. This doesn't mean, however, a songwriter can't be both a songwriter and a poet. Send me a link to the song and the book of poems.

Anyone can be a poet

If you write poetry, you can call yourself a poet. You don't have to sleep in your car and not bathe for a week to be a focused poet. If you push language into corners that evokes thoughts and emotion while you write your poetry, I would say you're probably a poet (send me a link). Not all poets are good and not all are bad.

I've been writing for years, so I call myself a writer. Not everyone will have a positive view of what I write or how I write.

I paint too, so I could call myself a painter even though I've never tried to sell any of my canvas ocean paintings.

The point is what makes a poet a poet is you and how you work your art of poetry with your proposed language.

More stories from Cathy Coombs and writers in Poets and other communities.