by Louise Lovett 11 months ago in vintage 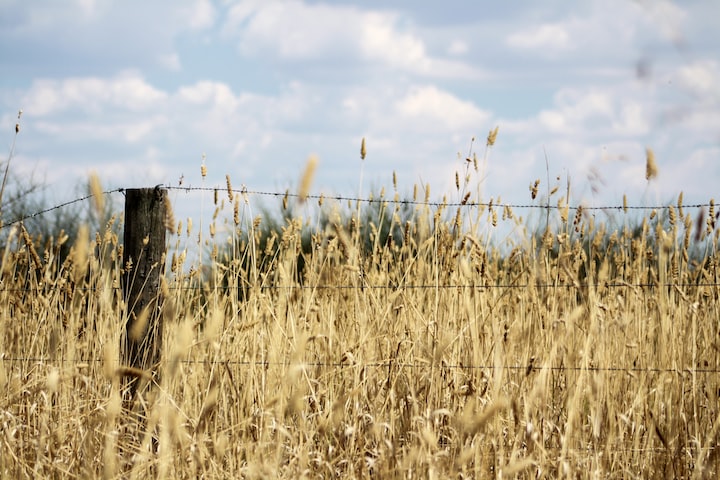 Photo by Daniel Anthony on Unsplash

If only I could hear its voice

It would tell a good bush tale.

When a fresh-faced city slicker tried to stand it askew.

He had no idea of the country life

But the bush would soon break him through.

The boundary gate would tell you

Of the generations of children to come.

Others whinging and complaining some.

The boundary gate would tell you

Of the people who’ve lifted the latch and came on through.

Some on horseback, cart, and buggy

Others now in cars brand new.

It would also tell you of the larrikins

That have arrived at the boundary gate,

Some looking for work for food

Others up to no good till late,

Where that city slicker placed it long ago.

It’s kept the boundary intact, the stock all in

And watched generations come and go.

Receive stories by Louise Lovett in your feed
Louise Lovett
Read next: Breathe In, You Are yet Alive