by Brandi Barta 7 months ago in sad poetry

There’s always a little gray area sprinkled into the mix 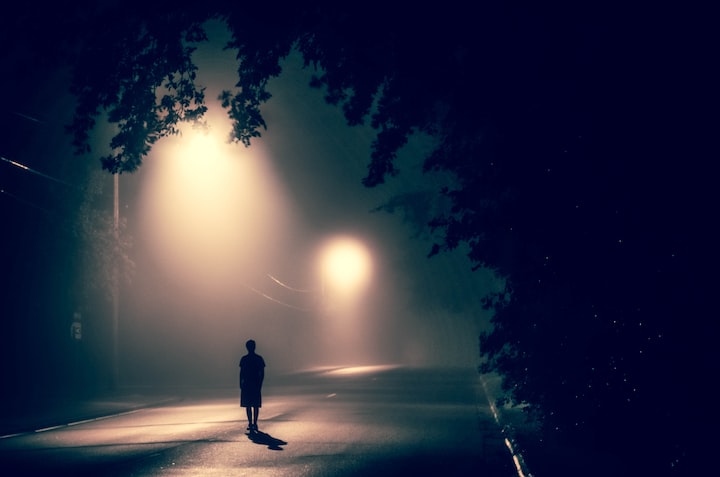 Sometimes it doesn’t matter who you are. No, its not rooted from an emotional scar. It’s not because my mind is empty. On the contrary, It’s filled with things deemed imaginary.

Sometimes I just don’t feel like talking. It’s no reason to judge and wonder. I promise, it’s not so black and white. I’m filled with all shades gray, Dark to light.

It’s because I’m partial to those around. Like my voice is a string that has me bound. Only certain people can hear my words. But, I guess Even the gray area can go unnoticed.

People laugh and remark at my silence. To which, I huff and stalk from the pestilence. There is more than once way to speak. Observe an insect, No words through its lips squeak.

Perhaps my silence is more sinister. I often pass my own judgement. On those whose mouths do not close Do they think, Before so many words have passed in stink?

Or, perhaps, it is how I was raised. If I have not a thing pleasant to say, Then, dutifully, my lips shall remain closed. My favorite rule; Maybe sometimes, I do feel like talking.

My silence does not equal a lack of words. I choose them carefully. I choose them wisely. Stop and think: Maybe I am quiet for a reason. After all, not all determine what is gray, And what is straight black or white. But mostly, I just don’t feel like talking

I guess you could say that I am an aspiring author. All I’ve wanted to do, since I was a little kid, was write stories. It’s my goal to one day publish a book. I’m hoping Vocal will be my first step towards my goal.

Receive stories by Brandi Barta in your feed
Brandi Barta
Read next: The Wave