by Danielle L Turner 2 months ago in excerpts
Report Story

What do you come from? 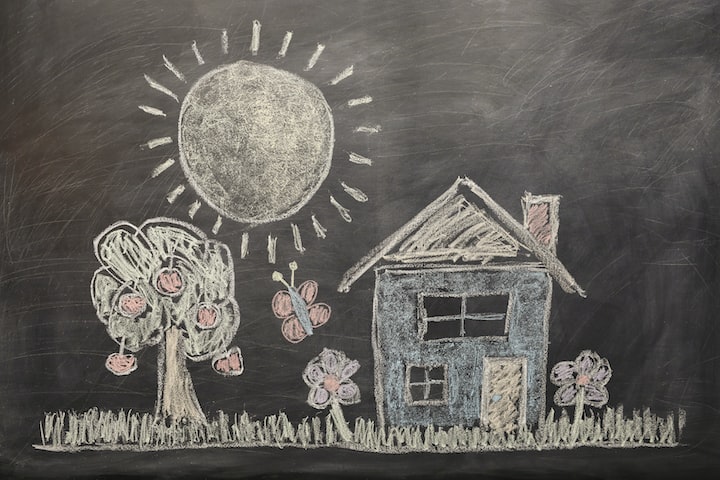 I come from preschool in the basement of a church that now exists only in fond memories. From days spent in the snow that always melted into nights of gooey marshmallow hot chocolate, tangled in blankets in front of gas fireplaces. From bedroom doors left open after being tucked in tight to fall asleep in the comfort of the light that trickled down the hall from the living room. From running jumps into piles of leaves raked at least a mile high on orange and red and yellow days. From shakily taking the training wheels off my bike on a dead-end street that seemed only to go downhill.

I come from Halloweens in foreign neighborhoods traipsing through the distorted light spilling out of the mouths of jack-o-lanterns and beckoning me around each corner. From nomadic Thanksgivings spent with people whose names I have now forgotten and whose faces I never bothered to remember. From Christmas Eves spent in the house where my father grew up; changing into pajamas in the soft red light from the bulbs of the electric candelabra that has long since burnt out. From family birthdays with off-key singing and melting ice cream scooped on top of box cake covered with chocolate frosting. From building entire cities out of Legos and straying outside the boundaries of every paint-by-number I ever encountered.

I come from dream catchers hanging over my bed and angels watching from their paintings on the walls. From books with covers that wouldn't close all the way after being read to the point of exhaustion. From sitting on the porch during thunderstorms, hearing fairytales on the wind and seeing magic in the lightning. From pressing my nose flat against the smudged window of the car, watching everything pass in blurs even as I was perfectly, helplessly still. From rushing to the mirror every morning, searching for the change I was sure the night had brought.

I come from measuring my height each year with ascending chalk marks on the wall until the day they eventually plateaued. From revisiting each faded dash and trying to remember if things had looked any different from there; if new angles had shed light on what had always before been in shadow. From bending my knees, slouching my shoulders, and squeezing my eyes shut in an effort to fit into the places that once knew me so well. From reaching out aimlessly, searching blindly for latches on doors that had been shut tight and locked from the inside. From ending up on the floor, staring blankly at the distance between the first and final mark.

More stories from Danielle L Turner and writers in Poets and other communities.