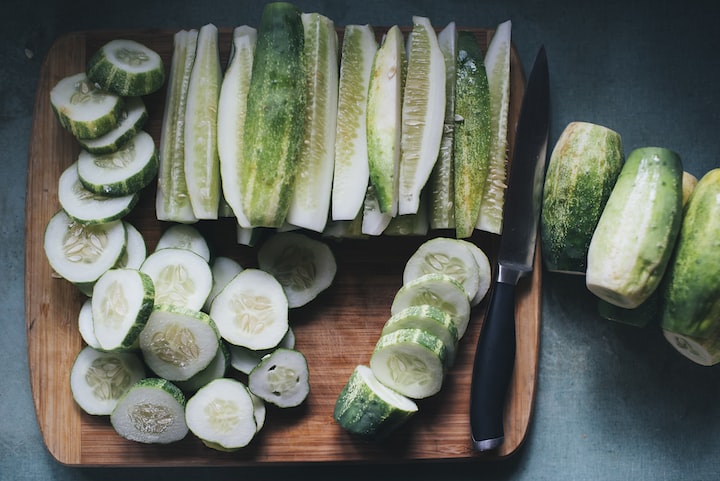 Photo by Natalie Rhea on Unsplash

Sunday brunch on a Wednesday night

Candles are lit but the breeze is light

Filling the hearth there is some dirt

It feels warm but in fact it’s cold

The smell of cinnamon is not what you’ll find

It’s the once crisp cucumbers that are aligned

I start to slice my nose remembers

Those lucky mornings I had with my parents

My memory I thought was hazy

Reminisces the days of my lazy

From when I ran away from chores

To go and watch shows with dinosaurs

My mom called me to the table

While my dad complained about the cable

So we ate without saying grace

Because I was raised to embrace

It’s feels so simple to adapt to a new culture

But when you’re far you can lack color

And you miss those days of summer

The snow is pretty but can be scary

Up and running you tend to forget

Some moments you had you will never regret

The cucumber may be sharp and odd

But full of flavor it's not flawed

As long as it stands with me abroad

I feel I’m back home on a cold winter's night

More stories from Arsal Asal and writers in Poets and other communities.