Adair, Amir, and the Magical Sheep 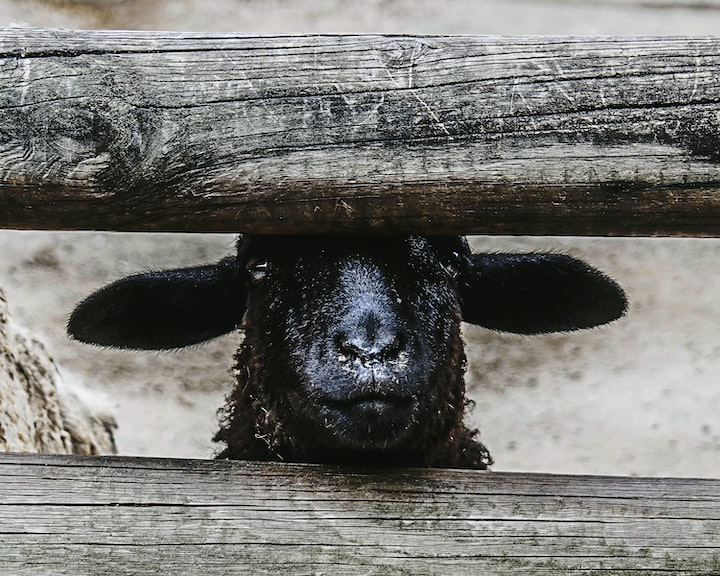 There once was a boy whose name was Adair

Who had an identical twin

Both were charming and fair with nice heads of hair

But Adair was as lazy as sin

Amir was his brother, a likeable chap

But his wits didn’t equal Adair’s

He’d believe any pap, he was sort of a sap

A prime target for con men at fairs

Unlike Adair, Amir loved to work

From dawn until dusk if you’d let him

Adair like a jerk, let him toil with a smirk

And if offered a task, he’d go get him

Together they went to the Michaelmas Fair

And filled up on tankards of ale

The identical pair drew many a stare

As the handsomest lads in the dale

Adair overdid it and begged off to sleep

But Amir was still raring to go

They were judging the sheep, so Amir took a peep

At the one who had won “best of show”

He’d seen sheep before who were snowy and white

But this one was something quite rare

Its coat black as night, it was love at first sight

And he found it quite hard not to stare

A confidence trickster picked up on that look

The way in was always desire

So, the lad’s hand he shook, his chances he took

And asked him, “Do you want to buy her?”

“If only I could,” he replied with a sigh

That he hadn’t much money to spare

“The price is so high because this sheep can fly

It’s how she won best at the fair”

That did the trick and Amir had been sold

He didn’t think to ask for proof

He surrendered his gold, due to what he’d been told

And imagined the sheep on his roof

By then the real owner had taken her off

So, the conman explained she was tired

And then with a cough, his hat he did doff

And offered a ruse most inspired

“Just give me directions of where you will be,”

He said with a twinkling eye

“Tomorrow you’ll see, her up in a tree,

Directly to you she will fly”

How happy his heart when Amir woke Adair

And told him his marvelous luck

Adair listened well then yelled, “What the hell!”

“How could you be such a dumb cluck”?

By then the fair’d ended, no sign of the sheep,

The conman was off with his loot,

The price had been steep and Amir he did weep

As Adair cursed the foolish galoot

The sheep’s name was Midnight, her owner Magee

Led her home for he never would sell her

None better than she, I’m sure you’d agree

As anyone’d readily tell her

Said Magee to his sheep, “You’re a treasure, for sure”

For her it was very old news

Said Midnight, “I know, so when’s the next show?”

(She was not the most modest of ewes)

Denise Shelton writes on a variety of topics and in several different genres. Frequent subjects include history, politics, and opinion. She gleefully writes poetry The New Yorker wouldn't dare publish.

More stories from Denise Shelton and writers in Poets and other communities.