The Dog Who Became A Deer 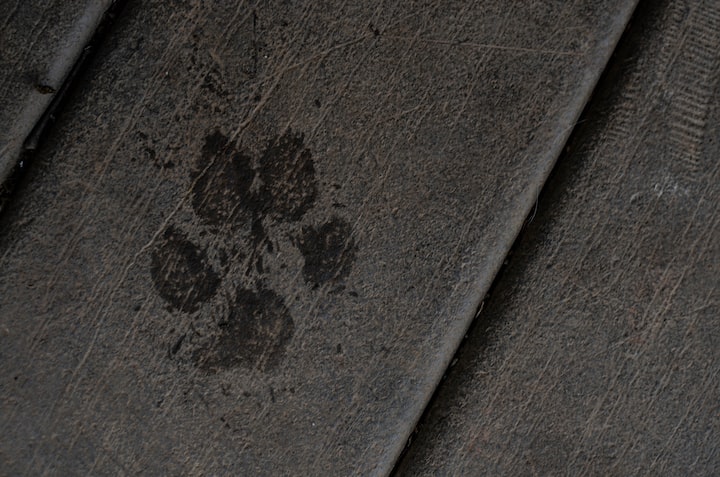 Photo by Erika Fletcher on Unsplash

T﻿his is a universal fact. They are loyal, funny, quirky and are endlessly comforting. And yes, occasionally frustrating. Especially when they pee on the couch. Or chew on the expensive running shoes you finally bought yourself (that was a dark day).

But truly, naughty behaviour aside, we don't deserve their innocence or unconditional love.

I﻿ know I certainly didn't deserve Cleo, but she came into my life regardless of my worthiness, and I worked hard to give her a life worth living.

C﻿leo began her life as a street dog in Mexico. She was found in a dumpster with her mother and litter mates, dirty and abandoned. Thankfully, a rescue organization found them and nursed them back to health. Eventually, through a Canadian sponsor, she made her way to Canada where she landed in the foster care of my close friend, Kathryn.

N﻿ow, Kat knew I loved dogs. So from the moment she met Cleo, she knew we were going to be a great pair. One afternoon I got a text message from Kat that simply said "Hey, so...I have your dog here."

T﻿he first time I met Cleo she barked, shook, and peed all over herself while staring at me with wary, golden eyes from the corner of Kat's living room.

I﻿t was love at first sight. At least, on my end.

C﻿leo had many quirks. She was hesitant to eat anything other than chicken, was prone to frequent vet visits, and was terrified of plastic bags. She would run to bring us a stuffie to shake around excitedly every time we got her ready to go outside, and often insisted on carrying comically large sticks back from our walks.

One time she destroyed an entire shelf of DVD's, which in case you're wondering, released so many miniscule pieces of plastic I was finding bits weeks later despite the deep clean.

B﻿ut of all the memories I have of Miss Cleo, one stands out in particular.

O﻿ne of Cleo's favorite things to do was hike off leash. She had these long, gangly legs, and would run so fast she was nothing but a tawny blur among the bushes. Most of our friends and family referred to her as "a deer in disguise." Her graceful neck, ruffled coat and loping gait made it easy to see why.

O﻿ne autumn afternoon we were hiking with my father and his own dog, Watson.

It was the type of autumn day retailers attempt, but fail, to capture. They come close, but the manufactured experience always falls short of authenticity- the scented candle is headache inducing, the heroine in the Hallmark movie just a bit too curated to be believable.

The leaves shone in brilliant, earthen jewel tones. The air was crisp enough to require a jacket, but the sun warm enough that you could leave it undone. A deep inhale blessed us with fresh air, and the distant haze of amber wood smoke.

Cleo was rushing in and out of the tree line-a tornado of tawny fur and swirling leaves.

As we approached the path leading deeper into the woods, a group of deer burst out of the trees.

C﻿leo and I had come across deer before, but always with her on leash. She would perk up, cock her head, and freeze in place with a soft whine. I knew she was interested, but I never had to worry about her chasing after them. She had never displayed any prey drive that would lead me to think she would attempt to attack them, but she did have a strong herding instinct.

A myriad of worries flickered across my brain. Would she go after them? Try to herd them like some wayward sheep?

Cleo froze, observing the curious creatures trotting steadily away from us.

S﻿he fled before I could finish calling her back to me.

As s﻿he tore off into the field I tried, and failed, to catch her.

B﻿ut I quickly learned my worries were very far off base.

I﻿nstead of trying to herd them, Cleo became a deer.

As soon as she reached their group, her gait changed from lunging strides to graceful leaps. She began to mimic their movements, hinging her long legs beneath her and springing strait up into the air, then falling forward to keep pace.

The deer were clearly confused, but none tried to run from her. After a few glances, they even stopped giving her side eye and simply accepted her, closing their ranks around her and continuing on their way.

She was in. She was judged by a jury of her peers and the verdict?

T﻿he gleeful freedom in her movements was intoxicating, Dad and I were laughing, despite our worry. But as she moved steadily away from us, my brain switched from wonder to unease once again. With each bounding leap, I became less convinced she would return.

"﻿Is she going to come back?" I asked Dad as she moved further into the field with her deer family.

"﻿How am I supposed to know that?!" Dad laughed.

"﻿Cleo!" I called again. She paused and looked over her shoulder at me, then back at the deer who had not waited for her, clearly weighing her options.

W﻿ith a final look at the deer-a look I swear had longing in it-she turned and trotted back to me. It was a relief not to be found lacking. Or to spend my afternoon chasing a very fast, very free dog through the dense woods.

S﻿he got a lot of cuddles and ear scratches upon returning.

C﻿leo and I walked that path a lot over the next year, and I was always cautious of deer sightings lest she choose differently the next time we came across them.

I﻿ think about that afternoon a lot. We didn't know it then, but it was one of the last good days with Cleo. Within the year her cancer-sneaky and slow growing-would make itself known.

All too soon the bad days outnumbered the good.

T﻿his memory became a kind of balm to my aching heart as I nursed her through her last few months.

W﻿hen her neck became swollen with medication and malformed cells, I recalled the dip and sway of her graceful throat as she bounded across the field.

When her feet began to shuffle and drag, I remembered how once they contained a spryness which rivalled the most graceful doe.

And when I held her as she took her last thin breath, I remembered how once, with an elated, lolling pant, she chose to come back to me as the deer galloped away.

S﻿he rests there now, in the woods that once contained the perfect autumn day. The place where she was happiest.

I﻿'m not sure I believe in an afterlife. But if there is life after death, I like to think she runs through those woods whenever she wants to. I﻿ hope she reunited with her deer family.

I﻿ choose to believe she's healthy and free.

Life can be beautiful & scary

More stories from Cassandra Colley-Couse and writers in Petlife and other communities.