Animal testing should be banned

by Rosan Pandey 4 months ago in humanity

Animal testing should be banned 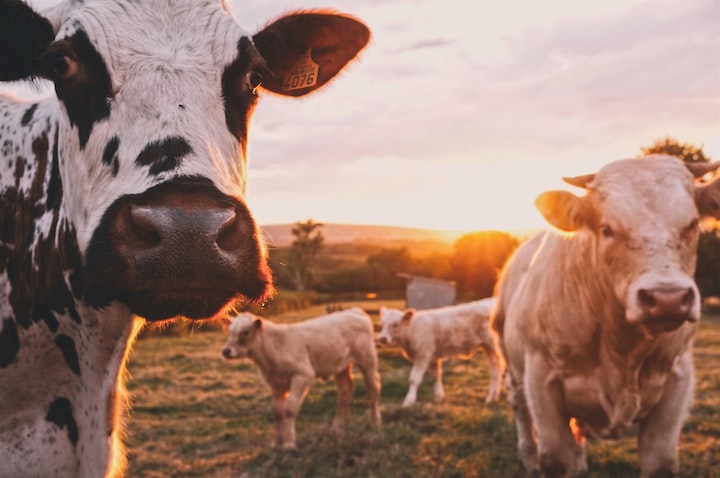 Experimental animals are forced to endure pain and suffering and violate animal rights for the benefit of humans. Animal tests do not help humans either, as they have been shown to produce negative results because the human body and system are different from animals. Because humans and animals vary, negative results are the future of scientists who do not stop replacing animals with humans.

Studies have shown that experimental drugs in monkeys suffer more than those used in other species to predict effects in humans. According to PETA, anti-inflammatories tested in 150 animals were effective in animals, but not once in human patients, because the genetic responses of mice and humans are very different.

The National Institutes of Health reports that 95% to 100% of drugs tested in animals fail in humans. Animal testing is so unprofitable that part of it has never been published. Hundreds of thousands of people have died in animal drug testing.

The fact that many animal experiments do not improve human health, the importance and role of veterinary testing in medical development are questionable, and the claim that medical veterinary testing is cruel and unnecessary goes further. Tests on drugs in animals do not help scientists.

Many people consider animal testing to be important in promoting human health, from the manufacture of cosmetics to the availability of treatment and medication. Proponents of animal experimentation claim that they have developed several drugs that save lives and animals, that other forms of biological research can be eliminated, and that stricter laws prevent animal abuse in the laboratory. Opponents of the practice claim that animal testing is inhumane, and if alternatives are available, researchers will replace animal experiments because animals are different from humans, and research into the results in less important results.

Animal experiments include scientific experiments and experiments that include which animals are used to test various chemical products to see what kind of potential, targeted, and harmful effects it can have on humans. To improve human health, the development of cosmetics, and the availability of treatment and medication, a variety of tests were performed on laboratory animals, from sad and unnecessary to cruel and unusual. This is the beginning of the definition of animal testing from a human point of view.

The use of animals in research to test the safety of products in humans has been a time of controversy. Between 17 million and 22 million animals are used for experimental purposes in the United States each year. There are companies in the country that breed animals for testing, and the animals are bought by these companies.

Many other low-cost animal testing methods help reduce the number of people slaughtering animals on behalf of human health. Harassment and harm done to innocent animals can be prevented by using other testing methods, which have shown to be effective and efficient. By preventing animal testing and using some of our modern technology, we can ensure that we continue to improve human health while protecting endangered species.

Everyone laughs at the idea of testing possible treatments for animal diseases in humans. However, the use of animals to assess the safety of certain products for medical purposes is wrong and should be shown that the pain and suffering experienced by animals are not appropriate. We should expect the experimental industry to benefit from animal abuse, rather than fighting for progress.

Because there is no doubt that there is no other way to find a cure for human ailments and to make medicines and cosmetics safer, the community has approved the testing of animals as necessary malpractice. The fact is that animal experiments are cruel and costly and with scientific and technological advances respectable methods are available in animal experiments.

U.S. federal law requires the study of non-human animals to demonstrate the safety and effectiveness of new therapies before human research is approved. A proclamation by the World Medical Associations in Helsinki states that human testing should be preceded by animal testing. It is unreasonable to perform invasive tests in humans to test animals, and genetic manipulation tests are not acceptable when performed on animal experiments.

There are various reasons for this need to be considered, but recognizing the potential differences between species of human diseases should encourage new efforts to eliminate these differences. Although the design and conduct of animal experiments are reasonable and established, the transmission of animal test results in clinical practice often fails due to differences between animal testing models and human conditions21. Contrary to the failure to replicate human strokes in animals, many emphasize the need for successive animal studies and processes.

Large companies that conduct animal experiments feel that it is important for people to use products that are considered safe, which is not true. Animal rights activists and the general public believe that humans should have a say in what animals do.

Receive stories by Rosan Pandey in your feed
Rosan Pandey
Read next: Rocky