Why I love the Queen

by Rachel Deeming 2 months ago in celebrities
Report Story

A life spent in servitude 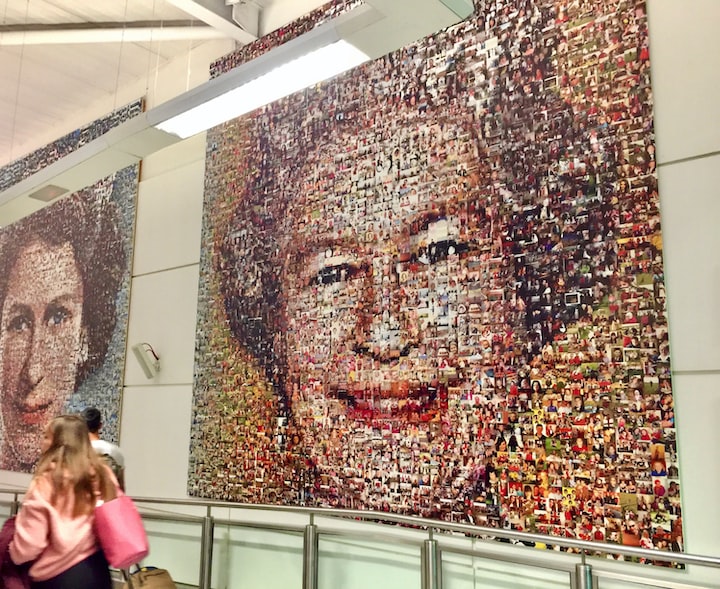 Photo by Tomas Martinez on Unsplash

Here, in Britain, there has been an awful lot of celebrating going on this weekend, June 2022 as Queen Elizabeth II reaches the monumental milestone of having served 70 years on the throne. 70 years! Bunting has been raised aloft and glasses raised. Beacons have been lit on historical monuments (safely, of course) and concerts, displays and parades organised. Street parties have been held and a lot of good cheer has been shared the length and breadth of the British Isles. It has brought people together and it is timely with the years that have been spent virally apart to gather and revel with re-found freedom.

Queen Elizabeth has reigned now longer than Victoria, the other internationally recognised British female figurehead, leader of Britain when Empire was key, the subjugation and control of subjects the order of the day. This maybe does not set the Monarchy in the best light. But, however you feel about it, the fact that Queen Elizabeth still reigns today is an achievement to be applauded. Because essentially it means that the Queen has done her job for 70 years.

I'm not sure how many people view the Queen as having done a "job" as such. The subtitle to this article is "A life spent in servitude" and that is genuinely how I view what she has done for Britain as a country. I know that this will be viewed as a controversial interpretation of a life of someone who lives in a palace but it is my view nonetheless. And Covid has provided us with evidence of this like no other period in her reign.

She is probably most known as the person who adorns our money and stamps but she is more than a symbol. She pervades British society and that of the Commonwealth with subtlety, but she is always there. In these modern times, I think that there is the view of royalty as a nod to antiquated tradition and one that does not always sit easily with the populace that stems from what we have learnt from history: the Royals are a bunch of over privileged toffs who gad about with not a care in the world, scoffing at the oiks who lack the manners and intelligence to be anything other than ignorant serfs. Royals all wear fur and jewels and tiaras and use their perceived lofty status to be cruel and pompous, all whilst spending frivolous amounts of money on indulging in pleasures for themselves and others close to them and partaking in the occasional morning of hunting or some other bloodsport. In more recent times, unfortunately, the scandal with Prince Andrew has done nothing to assuage the public of their opinion of the Royals as people who take advantage of their position.

So, there may have been, and continue to be, some truth to this and I do know that the Queen likes to shoot, although hopefully not peasants. Maybe pheasants, but not peasants. However, there is no doubt that the royal families globally have received criticism for excess and cruelty through the ages. With Russian emperors satirically portrayed in "The Great" on Amazon Prime and with the "Marie Antoinette head-chopping off due to eating cake comment" incident courtesy of Madame Guillotine as a mere two of many examples, Royals have proven to be pretty bad in their treatment of their subjects and very careful to make sure that they, themselves, are alright.

However, I think the Queen does not fall into this category for me, at least. I think she's pretty special. I'm not saying she's perfect by any means. Who can hold their hand up and unequivocally say that they are perfect?

But I do feel proud that she is the person who represents the country that I currently call home. There is something comforting about knowing that she is out there and that she continues to act in a way that I feel is respectful to others, or at least on the public face of it. To me, she is a constant in a world where things change rapidly and she is someone for whom old world values still hold firm, in the face of pressure to the contrary.

I recently wrote an article about distracted leaders because I have become increasingly disillusioned with the people who end up in positions of power and leadership, who do not conduct themselves in a way that can be respected. They are not good role models and they certainly don't seem to care about the people they govern. Or this is not their main focus, at least.

Boris Johnson, the current Prime Minister of Britain, has been called out recently for attending parties when Covid was rife and everyone was being ordered to stay home and isolate. British citizens were advised to restrict the spread of the virus as we all have a duty to one another to protect each other and our communities from harm. Adverts showing people violating the "stay-at-home" rule by having an unsanctioned walk in nature were broadcast on the nation's TV screens, shaming the undisciplined who dared to break the rule. My parents went to an outpatient's appointment at a hospital away from their home and were questioned about where they were going. Britain was in lockdown. But the Prime Minister, the spokesman for these mandates was not.

Despite his protestations to the contrary, he has been found to have attended gatherings, quaffing drinks and partaking in merry making with other like-minded folk, despite asking everyone else not to do it.

I don't know about you but I find it very difficult to respect and trust a man who blatantly breaks his own dictates and does not stand by his word in order to preserve his position. I was gratified to hear that the British public expressed their growing frustration at his behaviour by "booing" him when he turned up at St Paul's Cathedral in London for the Platinum Jubilee. The crowds reflected my sentiments towards him exactly.

But what has that got to do with the Queen?

There have been many images of the pandemic that we have seen over the period of this unprecedented (in my lifetime) event: Italians singing on balconies to keep their spirits up; New Yorkers in haz. mat. suits burying their dead; flamboyant and comedy masks. These images will long stay with me.

And that is the photo of the Queen at the funeral of her husband, alone in a church, wearing a mask, without family or support around her. Every time, I see it, I well up.

You see, I wouldn't have begrudged the Queen having someone sitting next to her to support her at such a difficult time. She is, after all, an old woman, grieving for the loss of her life partner with the eyes of the world on her. Even if that support person was within a respectable distance to her, I wouldn't have minded. Not at all.

But even at a time of great emotional strife, the Queen chose to put the people first. She chose duty or simply put, she did her job. She is, first and foremost, a leader: leader of her people, setting an example in accordance with what has been laid down to them. She led by example and is beyond reproach, in this instance.

She was in isolation as we were all required to be at that time and this was shown for everyone to see. No exceptions were made for her, as she would want it.

I have enormous respect for her. I know that there were families that lost loved ones during Covid who were not able to have the funeral that they would have liked as a fitting send-off for their dad or mother or sister or brother or son or daughter or significant other. They followed the rules, whether out of some code of respect or out of fear for the consequences or because they did not want to be criticised. Who knows why they did not circumvent the dictates? You'd have to be hard-hearted to not have some understanding for those who wished to gather for a wake or who wished to be there to support a family member or longstanding friend. But people did forgo these gatherings.

The fact that the Queen also did this, I find remarkable. That's the way to lead. In this act of self-sacrifice, she showed the importance of her service to us and for that, I applaud her.

I admire people who put duty before all else; who know the important role that they hold and will do everything that they can to uphold it; who have obtained a vaulted position and want everyone looking up to them to view them with respect and trust. It is not an easy path to take because it involves self-sacrifice. There are not many in this world, or in world leadership, who can do it with equanimity but the Queen is one, in my eyes, who can.

The day is going to arrive where the Queen will no longer appear on our banknotes and stamps, where the Christmas Day speech will be done by another and our anthem will change slightly to accommodate the new Monarch. It will be a sad day for this British subject, a very sad day and one that I do not dwell on the prospect of too much. I do not pretend to know the Queen but I do know that I will miss her, bizarre as that may sound. She has been a constant throughout my lifetime and a vacuum will be left by her departure.

I just hope, with all my heart, that the next one to wear the crown will be up to the job and be able to do it with the duty and strength and presence of her Majesty, Queen Elizabeth II. And if they could also give some pointers to our political leaders, that would be helpful too.

God save the Queen.

More stories from Rachel Deeming and writers in Motivation and other communities.