"warriors" the secret life of the family house cat.

An article by Thomas Wolf 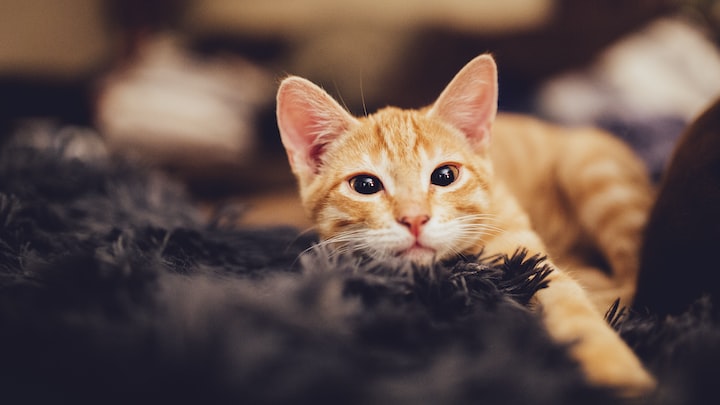 Photo by Robert Larsson on Unsplash

As a young kid and well into my teens I was always fascinated by the secret life of animals. I remember loving to read many books but one series I still think about is "Warriors" by Erin Hunter. This series had it all and from the moment I picked up the book I was hooked! I can remember waiting for the next series to come out, itching to continue the story of Rusty, the cat that would become firestar. Leader of thunderclan. From a house cat to a leader of many this cat would make decisions few ever would, and in the process take all those who followed him, on a journey!

I couldn't believe how enthralled I became in this series. Reading page after page as chapters kept passing, I found myself lost in the story. You see it wasn't just intriguing, it was full of life, and took me on an adventure. Have you ever seen that movie Homeward Bound? It's a story of a cat and 2 dogs that run away from a farm to head back home to their owners.

I couldn't help but think after watching this as a kid "What if they ran away from their owners to live in the wild?"

It wasn't until later on that i had the chance to read the first book of this series called "Into the wild" but from the moment i saw the title I just had to read the story. I remember so clearly the map in the beginning and the names of all the clan cats carefully listed in the pages that lead up to the first chapter. Before the story had even started I had become invested. This was the story of a house cat that ran away to be free in the wild.

How perfect was that? Having already been curious about a story like this I can say that without a doubt I was very excited. It starts out with the cat "Rusty" waking up and going to his food bowl to get some water. With vivid detail it discussed the lukewarm water and bland food that "Rusty" gulps down before beginning his normal routine as a kitten. Walking outside to greet the morning he's met by his friend Smudge, a cat that lived right next to him.

They were apparently friends for awhile. Him and smudge would wake up every morning the same. They'd come outside, take in the morning air,walk over to the fence post that surrounded Rusty's home, and sit next to each other looking out towards the woods as they talked about life till the sun rose high in the sky.

Imagine that, every single day, just doing the same thing.

Rusty wasn't like smudge however, you see while smudge enjoyed the lazy simple life of being a house cat, Rusty dreamed of the wild. Every night he'd dream of catching a mouse, of being in the woods, he dreamed of being free! This too me had so much value in that of itself. For I too, did not like the mundane life style that seemed to repeat in an endless loop.

I too wanted to be free, to explore, to go into the wild! Back then life wasn't so good for me, I was always trapped in one place or another. No matter what I did it felt like nothing would ever change, that I would wake up everyday to the same crappy life, and that's why this part of the story was so relevant for me. There was more beyond the fence, so to speak. I just had to be strong enough to venture outwards.

I'll never forget all the late nights where this book saved me from myself, all the times when it was all I had. For most, this is but a story, but for me it was so much more. I'd recommend this series to any kid that's ever felt trapped and regardless of your age, if you've ever wondered about the secret life of wild cats than this series is one you will love.

Sometimes your journey, your true journey, starts with a single step in the right direction. it's time to leave your gardens and take a walk into the wild!

Hi, my name is KingWolf

I am a writer and hip hop artist among other things, and look forward to you reading my stories. Thank you for viewing my page and if you like what you're reading it would mean a lot if you shared it.

Receive stories by KingWolf in your feed
KingWolf
Read next: 5 Ways Women Can Be More Confident