The Power of Four Letters

by Rose Summers 4 months ago in social media

FOMO is not a joke.

The most painful part of a conversation with a millennial is the number of things that get abbreviated. Why must everything have an acronym assigned to it?

The good part about this is finally having a word or expression for something that you’ve always felt, but didn't realize other people did too.

FOMO for example; it is the Fear Of Missing Out.

It’s still annoying when people use this clever expression in conversation—almost as much as “BRB” or “#sorrynotsorry”—but sometimes it’s necessary. We need a lighthearted saying to explain the overwhelming fear that the world might go on without us.

So, now that we have a quick way to explain this feeling, we can joke about experiencing it without taking the time to explain the way it actually feels. Right?

On second thought, maybe we should examine how it affects us. This is important because we might find comfort in knowing that we’re not the only ones out there with this ‘condition.’

Do you experience any of these?

The fear of missing out is being incredibly tired but forcing yourself to stay awake because you don’t want to miss out on what could happen when you shut your eyes.

It’s not wanting to go to the work event but going away, not because you suck at saying no, but because you want to know what everyone is talking about during lunch the next day.

It’s forcing yourself to finish a book that you’re not enjoying just in case it gets good after 200 pages.

It’s being frustrated that your brain can’t take in any more information because there’s too much to learn. And the more you learn the more you realize you don’t know.

Having FOMO is dreading all these situations surfacing because then you’ll have the overwhelming urge to announce you have this acclaimed “FOMO”, which you will inevitably feel stupid for saying out loud.

It is the golf-ball stuck in your throat when you realize you’re bearing witness to an inside joke and you’re on the outside. 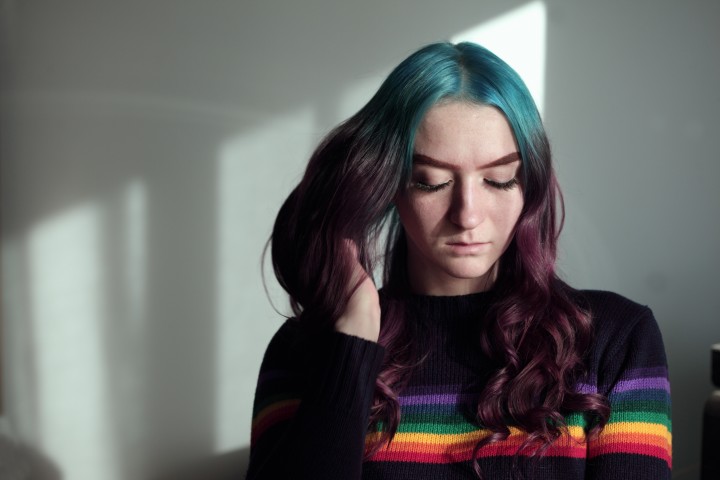 FOMO is trying to eavesdrop on conversations that you don’t even care about just in case you glean some life-changing information.

It’s needing a vacation from your vacation because you crammed 10 months of sight-seeing into 10 days.

It’s being deeply saddened that the glaciers are melting and the Great Barrier Reef is dying for obvious reasons, but also because you might not get a chance to see them before they’re gone.

It can be blamed for all the anger and frustration of having to spend 40+ hours a week on a job that you maybe don’t mind, but steals time away from fulfilling some unknown purpose in your life.

It’s being terrified of death because you’re not ready to end your journey before it’s over.

Having FOMO is having to cram your anxiety, sleep deprivation, and fear all in one backpack and not being able to get the zipper closed.

For someone who doesn’t understand, it might seem like these belong to someone with crippling anxiety, not just a fear of missing out.

For someone who understands a little too well, it might seem like symptoms of a bigger issue should not be summed up with a ridiculous acronym.

Straddling the line of black and white is knowing that these things are intricately intertwined. That is the whole reason why we should have this conversation.

It’s nice to be able to voice all of these feelings with only four letters. That doesn’t mean that the four letters are enough, but it’s a start.

The word “FOMO” can also make us feel like the intimate inner workings of our mind are discredited. For me, this happens most often when it’s used in the context of social media induced jealousy.

I don’t give a crap what #wanderlustchick ate in Venice, I give a crap that I missed the meteor shower last night.

Everyone has their own definition of stress, but a lot of them are versions of this fear of missing out.

Well, this particular expression is now an official word in the Oxford dictionary, so maybe it’s time we start recognizing what it’s capable of.

You can be mad at it for triggering your own anxiety, or you can choose to be happy that there’s finally a way to explain those fears. Either way, there is unity in annoying expressions that make you feel like you’re reading old AIM conversations aloud.