The Marshmallow Test — The Best Tool to Getting Anything You Want

by Mona Lazar 3 months ago in success
Report Story

With 40 years of Stanford research to back it up. 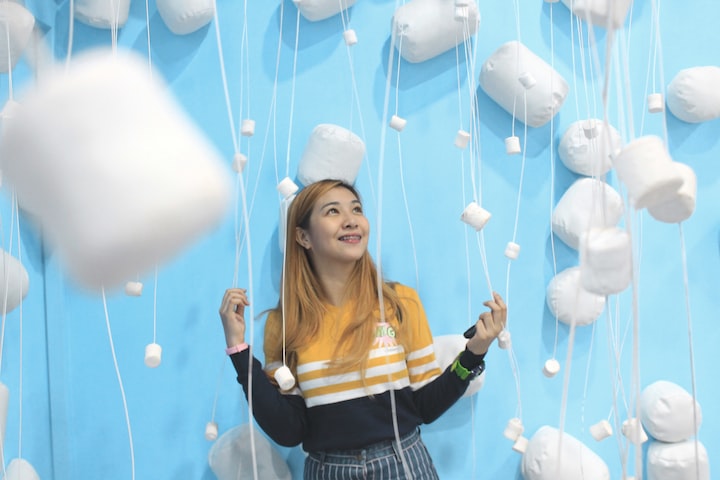 Have you noticed that nothing seems to work out for you? Have you given up trying to succeed? Are you contemplating the uselessness of your life while binging on Netflix series, drowned in a sea of potato chip crumbs?

I know how that feels. I’ve been there too.

Struggling, running from one project to the next or completely ignoring everything, never succeeding, and eventually ending up with the said potato crumbs on my chest, contemplating the unfairness of this life.

That was before I heard of the all-powerful, laden-with-wisdom Marshmallow Test.

If applied correctly and especially relentlessly, it will undoubtedly help you achieve your dreams and live the life you want.

What is it and how can it help you?

The Marshmallow Test was conducted by Professor in Psychology Walter Mischel, at Stanford University, in the late 1960s.

Mischel was working with a series of preschool children (4 to 5 years old). He seated each child at a table and placed a marshmallow in front of him.

He told the child that he would leave for some time but the child can eat the marshmallow whenever he wants or he can wait until the experimenter returned and receive a second marshmallow for waiting.

The message was clear, the choice was simple: one treat now or two treats later.

He then left for 20 minutes.

On the cameras supervising the experiment researchers could see some of the children jump and eat the sweet treat immediately, while others squirmed in agony for one or 2 minutes and then gave in to temptation. There were a few who managed to abstain from the sugar fluff by employing various techniques such as pacing, looking another way, covering their eyes, or singing.

You can see, the test is a study in gratification: instant or delayed.

But that was just the first part of the research and not the most interesting one.

The study was conducted for a time frame of 40 years and the subjects (the children who later turned into adults) self-reported facts from their life.

Those who chose to wait and not gratify their desires immediately got much more from life than the extra marshmallow.

Now transfer yourself into the shoes of that child and look at the marshmallow on the table. But your marshmallow could be: binging on a dozen donuts after a bucket of KFC, the 5th scotch on the rocks of the evening, sleeping for one more hour instead of working out, spending your weekends in bed watching countless sitcoms, chatting with your favorite cam girl while your wife is asleep next to you, etc.

What’s your pleasure? What is it you can’t refrain from even though it’s ruining your life and keeping you far from your dreams and ambitions?

Choose your poisoned marshmallow and tell me: can you delay gratification?

Your dream of being fit and healthy vanishes into thin air in front of that cheesy steak, doesn’t it? How about your marriage? Was it just erased with a bat of your curvy lover’s lashes?

You want to do better, but you can’t! You’re under its control! The marshmallow is stronger than you, it has a grip on your life, on your soul!

Now read that again. The marshmallow is stronger than you.

Does that sound right to you? A marshmallow as the evil villain?

Yes, it is. And it applies to anything that seems to have a hold on you. Whisky’s got you hooked? It’s nothing more than fermented cereal! Who are you afraid of, Cap’n Crunch? He’s fictional!

You’re drooling over some girl’s curves? Curves are nothing but fat. Go buy yourself a bathtub worth of lard from the butcher’s and bathe in it. It should stop the itch in more ways than one.

Jokes aside, there is at least one hook in each of our lives that keeps us in unhealthy and destructive patterns. But there are also ways to escape those hooks and choose your life.

Remember that even the kids who refrained from eating the marshmallow actually wanted to eat it.

They just found a way around it. They distracted themselves. They sang, they banged on the table, one of them even managed to take a nap. But the desire was there.

What is the difference between you and them? Tools! They had the tools to distract themselves just long enough to get past the hurdle.

When we get an irresistible urge to do something, it feels like it’s going to last forever. But that’s wrong. Desire comes and goes. All we need are the tools to get over the moment, not the entire day.

What are some of these tools?

Replacing one pleasure with a healthier alternative.

Instead of eating the marshmallow, one child chose singing. For sure it was something he enjoyed doing and just like him, you can choose one of the other things you like to do, preferably from the less destructive range.

Focus on something else.

The one that took a nap, that was one smart kid! Napping will make you more clear-headed, will pass the time and by the time you wake up, you would have already forgotten what you were struggling with.

Don’t have the object of your desire in front of your eyes.

Develop an aversion towards what you crave.

Aversion therapy, although controversial, has a very high success rate. When you feel like gulping cheese sauce by the gallon and snorting powdered chips, imagine somebody mixed human hair into the sauce and vomited all over the table. How do you feel now? I get sick just writing this and so will you. You’re welcome!

These are just a few of a full range of tools that you can use to get past the difficult moment when you want to sabotage yourself with various harmful activities.

Are these solutions easy? No. Not in the beginning, anyway. The more you indulged in your desire, the more you repeated the same behavior, the more ingrained it is in you. There are neurological patterns in your brain that were formed from the repetition, just like a beaten path. That’s why it seems impossible to abstain.

That’s why the marshmallow seems stronger than you. But it’s not! It’s just smoke and mirrors. And sugar fluff.

The more you practice, the easier it will get. Until one day, you will hardly even need to practice. It will come naturally and by that point, the changes in your life will be undeniable.

When life gives you marshmallows, wait until it gives you some more.

More stories from Mona Lazar and writers in Motivation and other communities.