by Noah Douglas 5 months ago in success
Report Story

why you need to do it 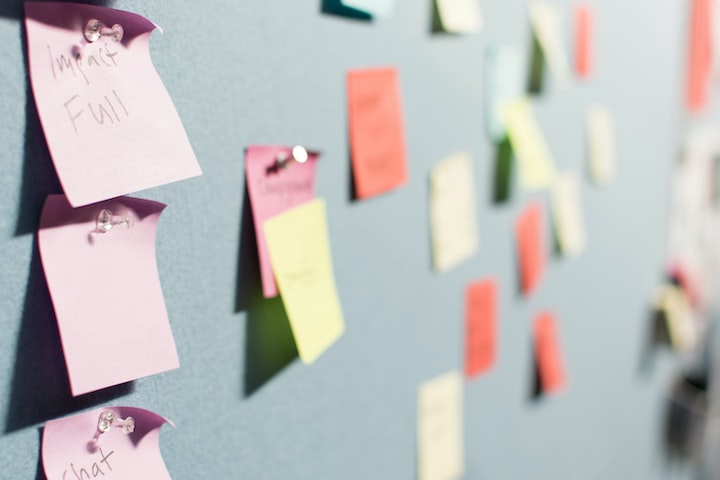 As the age-old saying goes,

'If you fail to plan, you are planning to fail'

I found this especially true this week.

I'd gone so consistent with the habit of doing daily writing that I had just got quite comfortable in the fact I could bang out a blog the day of that I didn't actually ever prepare anything ahead of time.

Then guess what; I started getting busy- complacency slipped in.

I just left it because ultimately, I hadn't prepared anything.

I'd gone home from a nine-hour shift and the last thing I wanted to do was boot up the laptop and post a blog- but I could have! If only I had planned ahead. The mountain which seemed like assembling some words would have been much easier.

When it comes to getting things we want it is the resistance in us to simply sit down and focus that stops us. We just don't want to do the work.

I have come to recognise that the work isn't going anywhere.

If there is a big goal I want to achieve there are two choices: 1) I can shrug off doing work, or, 2) I can remove the resistance (prepare a plan) and make it as easy as I can to simply just start the work.

Planning ahead and preparing just makes everything a whole bunch easier. You're doing the inevitable thing that you're going to do, but just earlier.

You're planning prevents you from having all the stress doubt that comes with rushing right before a deadline or even missing the deadline completely.

So when it comes to knowing what you have to do- just do it! (cliche I know).

So yeah, you need to make sure you aren't planning ahead, maybe write down what are you going to achieve in the next day or what do you want to achieve?

I'm a big fan of the old to-do lists but there are good and bad approaches to them. I personally have found the days which they don't go so well are when I'm writing them on the same day and loading them with so much I can never achieve anything. Alternatively, the best times are when I've planned ahead- I know what I'm doing ahead of time. I've got a concise, small amount of things to do.

This then lends itself to unrelenting focus and (hopefully) completion.

The thing I struggle with is having lots of ideas bubbling around in my head.

I don't want to have this focus and actually do the stuff necessary to continue because I believe I've got the next best thing traveling around my head.

Take for example writing a blog. I can be halfway through one and get to a certain writer's block moment yet, then in my head, I have five different offer ideas for things that feel in the moment. These to me are much more interesting than my current one and can lead to distraction.

It is because in our imagination we can always dream up a better version of something- something smarter, funnier, or more popular. Yet it is perfectionism that leads to paralysis and daydreaming.

The key is to put them aside, maybe write them down, and then go on relented unrelentingly at the plan that I have. Dedicate specific time to think and mull over things but when you work, you work.

Adapting and changing is really good too. When I say unrelentingly work I believe that in our attention rather than in our approach. We have to be agile and able to try new things but ultimately when we say we're going to do things we have to do them.

So failure to prepare for that is actually a failure of being organised. It signifies that we don't know what we're doing when we're simply winging it. It signifies we don't really care because we're not putting time in beforehand.

It's small, different preparations that actually signify you're in it for the long haul and notify others that this isn't just a temporary thing, this is a lifestyle. That's how you gain respect. Consistently prepared and ready for situations you are in because you care for them not just now but long into the future.

So put in the work in the preparation and it'll pay dividends in your success later on.

More stories from Noah Douglas and writers in Motivation and other communities.