by Warren Brown 8 days ago in success

Develop a Scientific Approach to Win at Everything 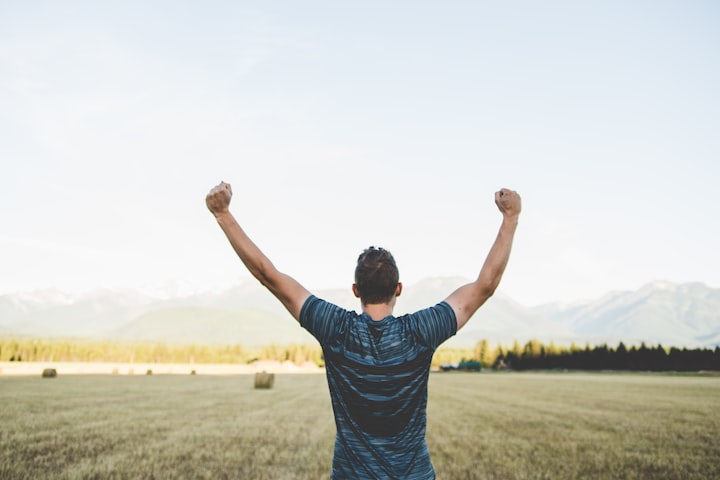 Photo by Japheth Mast on Unsplash

We often feel like failures in life when we struggle to achieve something but we fail. We may even feel that at times that the odds are stacked against us. We need to remember the familiar saying that, “failures are the stepping stones to success”. Every failure gives us an opportunity to learn from our mistakes. In order to perfect anything in life we need to know the best way in which it can be done. It is only after an artist has learned all that he or she needs to know about art by practicing regularly, can they do a great piece of art.

The greatest leaders, scientists and inventors of the world, did not do something for the very first time and succeed in it. Thomas Edison failed several times in his experiments but he never gave up and just kept on trying till he succeeded. As children we learned how to walk only after we started to crawl. We did not walk at our very first attempt. We fell, we got up, we persisted and then we walked. A weaver does not weave the finest cloth at his or her first attempt, but they do after they are confident in their craft. Anyone who does succeed in life, does so only after he or she has failed a number of times. Here is a full list of people who failed and did not give up.

Edison’s who was an entrepreneur not only learned from his failures, but used his failures to make him more innovative with all his experiments. Edison learned two important lessons through his failures. The first Edisonian lesson was to understand his customers and the second Edisonian lesson was to discover the essential needs of his customers. These two lessons were the cornerstones to Edison’s success in life as an Entrepreneur and an Inventor. The customers were instrumental in Edison changing the way in which he approached his experiments. By knowing who his customers were he was able to deduce what they expected and he understood their tastes in particular products.

However, we are not all great inventors, leaders or entrepreneurs. We are just ordinary people who sometimes feel defeated in life. We should not let those moments of defeat get us down. It is during those times that we need to read about the accomplishments of ordinary men and women who overcame great odds in life, to accomplish their dreams. I read an amazing story a few years ago, about the miracle of the Brooklyn Bridge, which connects Brooklyn to Manhattan.

The bridge was conceived by the brilliant mind of John Roebling, who designed the whole bridge with the assistance of his son Washington Roebling, who was a young engineer. However, it was not the destiny of John Roebling to see the completed bridge. After a few months of having started the construction of the bridge, both father and son were involved in an on-site accident.

You may not be building bridges in your life. Whatever dreams, goals and ambitions you have in life go ahead and achieve them, never let any failures prevent you from fulfilling your destiny.

See all posts by Warren Brown →