I wrote a book when I was 9

by Robert Locklear 2 years ago in success

Then it got deleted. 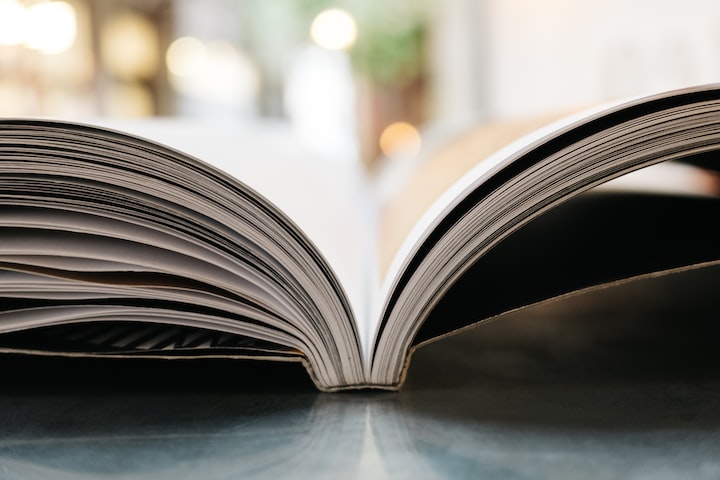 Photo by Jonas Jacobsson on Unsplash

A decade ago, my mother read J.R.R. Tolkien’s The Lord of the Rings trilogy to me and my three siblings. Those books impacted me in a way that few other things in my whole life have done. Even as a kid I was able to recognize Tolkien’s work for what it was — a masterpiece. He created a whole world as real as this one. He wrote characters who stepped off the page and lived lives of their own. He painted pictures in my mind so that I was right there in the book.

The Lord of the Rings inspired me. And by “inspired”, I mean I resolved to write books of my own that would breathe life just like the LOTR trilogy had. My nine-year-old self wanted to make works of literature that would last long after I was gone that people would read. I wanted to make my mark on the literary world.

Right now you’re probably thinking two things. One, you’re probably a little bit impressed that a kid my age would think that. And two, you’re probably shaking your head sadly, already knowing that a nine-year-old isn’t capable of what I wanted to do. And you’re right. When I was 9 I was nowhere near the writing level I am now, a decade later. Nevertheless, I started scribbling away in a notebook. Confident in my success, I filled all the pages and moved on to an ancient iMac.

You know the kind of iMac I’m talking about. One of the chunky, slightly opaque microwave-sized computers from the late 90’s. (the picture you see isn’t quite the same model) It had been my mom’s during college. As a family who didn’t even have internet until 2015, we were not tech-savvy. At all. So my typing skills were nonexistent. Instead, I pecked with four fingers. (I still do today)

I probably drove my mom insane hitting the space bar thousands of times. I didn’t give up writing. When I filled the notebook and moved to the computer, my family was surprised when I finished ten pages. Then I passed 50. And then I made it to a hundred.

One hundred pages. 100 pages written by a nine-year-old.

It wasn’t a masterpiece. I wasn’t some kind of writing prodigy. But was I proud of that massive chunk of writing? You bet I was. No one I knew had ever even started writing a book, much less made it that far.

And so the fire for writing kindled in my little kid soul.

The joy from writing a hundred pages of my masterpiece (cough) lasted for several days. I basked in the admiration from my siblings, who were all within two or three years of my age and were in awe of my #1 New York Times bestselling book.

And then the book was gone. A hundred pages. A year of work. Gone.

The computer had crashed. Everything I had written over the past year was deleted from the ancient computer.

I was devastated. I cried and cried. My mom cried with me. I was inconsolable. Already my characters were almost real to me, and it was a deep sorrow on an emotional level that they were winked out from existence with only their memory left.

And then I remembered my resolution to leave my mark on the literary world. My precious hundred pages were gone, but the promise I made to myself was still there. I picked myself back up from the ground and started over. I wrote better this time. I brought my book back to life, better than before.

Today I grumble and complain whenever I lose a bit of work here and there. Half an hour of digital art, a text when my nefariously evil wifi cuts out, a paragraph I forgot to paste from an old draft. And then I remember those hundred pages. I made it through that when I was only a kid. The resolution I made then still stands today. Determination to succeed is what brought me beyond the depths of sorrow at losing a year of work.

My first three books are honestly pretty awful. There’s only so much maturity and excellence a kid can bring into writing. But recently I did re-read them. And to be honest with you, the plot and story of them was very interesting and detailed. One day I’ll rewrite them.

This time I’ll be sure to keep a backup copy. I don’t want to lose another hundred pages.

This story was originally written on Medium.

Receive stories by Robert Locklear in your feed
Robert Locklear
Read next: Everyone Has Some Sort of Eating Disorder and Body Dysmorphia Part One