by Derek Evers 9 days ago in social media

"YouTube has been a part of my life for a long time and has helped me grow in more ways than one." 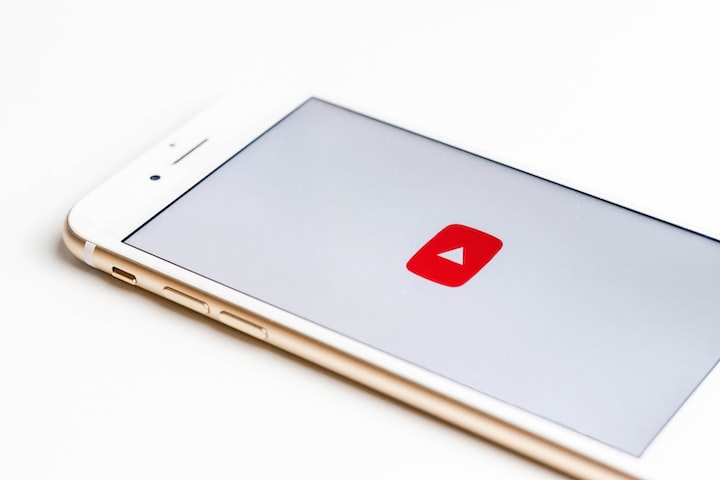 YouTube has been a part of my life for as long as I can remember. During middle and high school, I would come home, watch Tyler Oakley and gush over Joey Graceffa’s vlogs. And in college, I found creators like Caitlin Shoemaker and Maddie Lymburner whose videos taught me about veganism and helped make the lifestyle transition a little easier.

YouTube basically has its own school with creators like John and Hank Green who have started series like Crash Course which helped get me through some difficult years studying in college.

Also, the site kept me fit with the thousands of at home workout videos posted every day! And guided meditations and yoga videos kept me sane through some hard times.

And most importantly, YouTube taught me about being gay! Watching creators come out to their audience and share their story was crucial to my own self-acceptance of my sexual orientation.

In this video, I talk about coming out and an LGBTQ+ program that helped me

As a teenager, I wanted so badly to make videos but never felt confident enough to start. I even recall a time when I tried to record a video on my laptop but didn’t make it past the first minute because I didn’t like looking at myself or hearing my voice. Yikes…

The summer after my college graduation was a tricky time mostly because I was absolutely directionless even though I had this degree I just spent four years working towards (a quarter life crisis before 23, who would’ve thought it?).

I wanted a different future for me than the one I had been working towards, but I just didn’t know what that looked like. With no job and no idea what to do with my life, I decided to finally give YouTube a shot!

Let me be straightforward: I was naïve. Somehow, I was expecting that I would quickly become a YouTube success story and I’d be on my way to a happy career full of no problems. Turns out learning to edit by yourself isn’t that easy and technology can be difficult to deal with. Oh, and you don’t just instantly gain thousands of followers (usually, at least).

I also didn’t know what I wanted my content to focus on, so I ended up trying to mimic Emma Chamberlain because I loved her videos and I wanted to be as entertaining as her (imitation is flattery, right?). The problem was, I wasn’t acting true to myself and though the videos were fun to make, it just wasn’t me.

Despite the unexpected challenges, I persevered and made videos for most of 2018’s summer and fall.

I began noticing subtle positive changes in myself. I was super camera shy at first and it was hard to watch myself while editing, but after a few videos I quickly found the fun in laughing at myself and started to loosen up on camera and in real life.

Unfortunately, my time on YouTube was cut short after finding a full-time job at the beginning of 2019 working in a kitchen for a local grocery store. The job took up most of my time and energy and I lost touch with the work I enjoyed doing.

However, in 2020, the pandemic gave us at least one good thing which was an exorbitant amount of free time!

Eventually, towards the end of 2020, I left that job to find something more personally fulfilling. But after several dead ends, I decided to start posting more frequently to Vocal which ultimately inspired me to start making YouTube videos again!

Coincidentally, I posted my first video of 2021 almost two years after posting my last video in 2019! And even though I’ve only made a couple videos so far, I can say that the experience feels completely different.

As I’ve said in other stories, 2020 was the year I was able to figure myself out and began showing the real me which I think is reflected in my recent videos.

Also, being in front of a camera now just makes me feel more confident! I feel ready to strike a pose or like I could talk about life for an hour with a camera in my face without feeling super self-conscious.

And I’m way more mature now… At least, I think so. I actually have a regular posting schedule and I’m really committed to working hard on my writing and my YouTube channel. Also, I recognize that it isn’t all fun and games; it’s a career path and should be treated seriously (while having a little bit of fun).

YouTube has been a part of my life for a long time and has helped me grow in more ways than one. I don’t know if YouTube is where I’m meant to stay but I’m here for the journey and I can’t wait to see where it takes me next!

Thank you for reading! If you enjoyed, then please share, leave a like or a tip, or check out some of my other writing by clicking on my profile icon. Thank you for your support, I truly appreciate it!

Let me know your thoughts on Instagram/Twitter - @doitlikederk

Inspired by creativity, fueled with kindness. An author of short stories and poems.

See all posts by Derek Evers →