How To Build Effective Strategies?

by Judith Isidore 2 months ago in success
Report Story

Strategies that ensure progress every day and achieve huge achievements 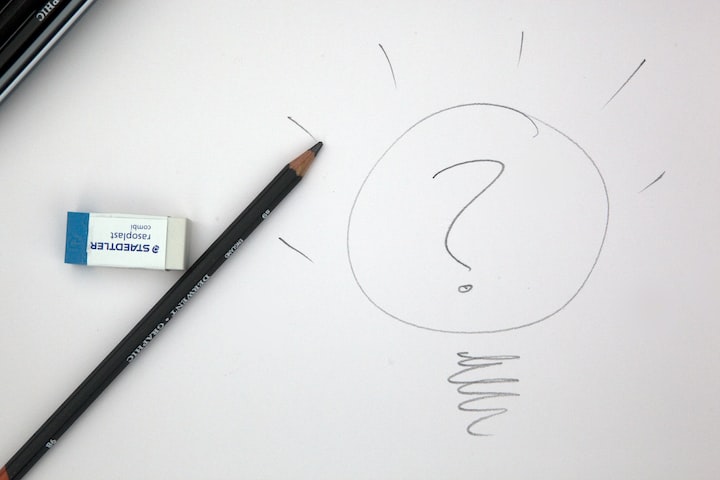 Photo by Mark Fletcher-Brown on Unsplash

Dreams are free and easy, and everyone can talk about them and talk about them. However, waking up from the dream and being seriously involved in its implementation is the distinguishing feature of those who actually produce and refuse to keep their plans in the world of comfortable ideals and stories. Building huge plans that contain thoughtful ideas that guide you on how to build effective strategies for progress on a daily and weekly basis, and invest the largest possible amount of personal resources for real ideas, must eventually pay off; Especially if presented in the right way and at the right timing.

Perhaps one of the most prominent guiding features of the path of verification is the construction of long-term comprehensive strategies accompanied by those small daily habits and steps of self-improvement and continuous refinement, all of which accumulate in the end to form a successful painting as a result of what happened before. And some might ask a reprehensible question: Do people seek success and build massive strategies? Why doesn't a person sit still and just sit? Perhaps the answer lies in the human structure itself, for rest is a great spoiler for the body before the soul, and perhaps in the core of each of us is a small thing that seeks to progress and build what is useful and important.

Perhaps in what he will write next, general features of the best strategies for building real and actual progress, and below you we will read together the most prominent and most important of those features.

It is not possible to reach the high areas without using the auxiliary stairs and climbing the necessary steps. In the end, the human being is a non-flying being and cannot fly high and jump over stages, so when we talk about long building strategies, it must be understood that this strategy and the goals hiding behind it aspire to achieve, It cannot be achieved without adopting a daily mechanism based on building effective small habits.

Most people ignore these habits because they are 'small'. Who cares about those things that shouldn't stand for long? And here lies the importance of these daily and weekly habits and patterns. The fact that people ignore them is an important reason to pay attention to them, especially if they have real benefits that can be touched, such as getting up as early as possible, reading daily responses from the pages every day, walking or other sports, and so on. .

The advantage of these habits is in the long-term accumulation, when the achievement of the general strategy and the actual daily progress becomes a mere achievement.

Commitment to carrying out daily tasks

Building mega-strategies and long-term goals should not make you forget the importance of carrying out daily duties that lead to the last end. Or directing technicians to repair faulty areas that cause production delays, or holding meetings with employees in order to build “mini-strategies” aimed at achieving tasks over the next week and months within the broad umbrella of the long-term general plan.

Along with small habits, daily tasks go hand in hand with them to ensure the successful operation of the overall strategy, and to curb the possibility of areas of lethargy.

Turning small daily tasks and habits into measurable and traceable things is essential in order to avoid getting lost. As Malcolm Gladwell and others point out, it takes 10,000 hours to reach the rank of expertise in any field whatsoever. Long general strategies also have their own paths. It must be tracked on a daily, weekly and monthly basis.

The mechanism varies according to the context, the required field, the number of workers in it and with it. The evaluation here is for those who are closely involved with the goal to be achieved. However, the idea of ​​tracking and measurement should be present to everyone, and it is preferable that these measurements be monthly; During which everything that happened is positively evaluated to be reinforced later, and everything that happened negatively is evaluated to be avoided in the upcoming evaluations.

Whoever stays in his place will lose! Especially in our current time, where new developments and changes emerge almost every day, so there was an urgent need to pursue them and include new technologies in the general plan and strategy. Perhaps this has several benefits, most notably keeping pace with the apparent modern technologies and not falling behind the wave, secondly, reaching new results that the old techniques used may be unable to achieve. ; Despite the attractiveness of adhering to a unified model of techniques and mechanisms, science produces new things every day that may save a lot of expenses and efforts. The race to employ these new mechanisms gives the employer an advantage over the rest of the peers.

To sum up.. the accumulation of small successes!

It is not possible to enter a master’s degree and start his thesis without having previously been familiar with the relevant subject and having a bachelor’s degree or something close to it! A bachelor's degree cannot be achieved without a high school diploma! It is not possible to obtain high school without going through the traditional school system and succeeding in its stages, stage by stage! The end result of studying a master's degree or a doctorate is nothing but the result and a long accumulation of many previous successes! With this, we have reached the final features of how to build effective strategies for progress!

Perhaps this concept is not only limited to the academic aspect, but also in the field of work, education and everything else. Success and achieving general strategies that contribute to achieving distant goals is nothing but an accumulation of small daily, weekly and monthly tasks and habits. Patience must have a great place in the soul of those who aspire to reach the heights, as nothing comes easy, and perhaps those souls that endure the hardship of habits and routine are the ones who succeed in reaching the last goals, and obtaining them as a ripe fruit for huge slow and continuous operations over a long time, which was not No one feels it except from her contemporaries!

More stories from Judith Isidore and writers in Motivation and other communities.