by Carolee Baumgartner about a year ago in advice

History is our future 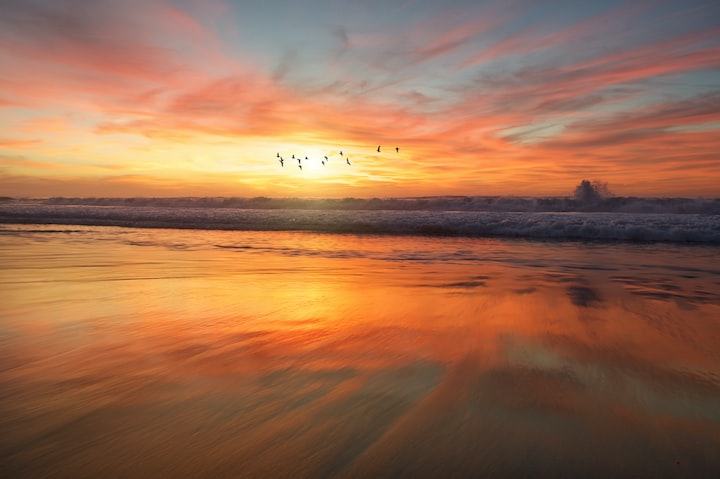 Photo by frank mckenna on Unsplash

When is enough, enough? How many times did your parent(s) say this to you? I doubt that I can count the number of times I’ve said those words to my sons when they were younger. Awe yes we do indeed turn into our parents eventually. (an entire new topic to approach)

So according to Webster, enough adverb : in or to a degree or quantity that satisfies or that is sufficient or necessary for satisfaction : SUFFICIENTLY.

As corny as it may seem I say ENOUGH! Enough of our giving way to bad behavior. Enough of our allowing negativity to rule our lives. Enough of our encouraging those with whom we do not agree. Enough of turning our back on the wrongs. Enough wasting time people...Let’s find a cure for the illness that plagues our world.

With the phrase or statement shared, “let’s find a cure for the illness that plagues our world”, isn’t something that a proverbial inoculation will fix. It could be referred to as an inoculation of sorts. Is it not time to inoculate our society with some positive direction? Can it not be said that the lack of proper hygiene in itself is what has spread this virus of 2020, if not directly then most certainly indirectly? Better mental hygiene could certainly make a positive reflection on the way people behave. While waging war against monuments and pancake syrup, we failed to address the issues. There is an entire generation of people in our nation that bypassed American history. When statues are torn down or vandalized without a thought to why it was placed in its “home” so to speak, it is scary. It is scary to think that we as a Nation, we as a society, have concentrated so heavily on the let’s not hurt anyone’s feelings that we neglected to take into account that knowledge is strength. History is shared to educate the next generation. Educating the next generation related to what should or should not be repeated.

Did the class I attended on Hitler and his treatment of other people have the intent to teach me how to follow in his footsteps? Or did that class educate me on the horrific actions administered upon the Jewish population? Are we not taught from early on in life to learn from our mistakes? Same goes for history class. Let’s learn from the mistakes of our forefathers. My takeaway from the aforementioned class was not necessarily the horrific and unforgivable acts of a mad man, but the psychology behind his actions as well as the individuals that failed to rise above those orders/directions and do the right thing.

If I circle back to where this article began I touched on the ever so present and deadly Covid-19. Media has provided so many skewed numbers on positive cases vs. negative cases, deaths vs survivors, wear a mask, don’t wear a mask, and fingers pointed in all directions to blame shift the root of this evil. The virus is quite real. If you question the validity, give the Houston Fire Dept a call as another of their team has passed away this week related to the virus. Again, “Do unto others as you would have them do unto you”... wearing a mask is uncomfortable. It makes me sweat and have anxiety, but I wear one. It is the unknown that drives us to care for ourselves and others if this simple gesture saves someone’s life then it is a no brainer.

I’m certain you have asked yourself more than once just where in the world am I going with this covid rant spilling into riots in the streets and violence among Americans. Let me plant a seed for you to nurture. This virus that has halted our economy, our growth, our freedoms was man made. Covid lead to a pandemic and quarantined Americans in their homes prohibiting them from interacting with each other face to face. Children were removed from the opportunity of higher learning in the preferred environment. All information and knowledge regarding our financial future, our health, our mortality, our children’s future, their education, everything came to us via the media. Taking this seed and putting a little more proverbial fertilizer around it, what has happened when people are denied their socializing? What happens to a prisoner when left in solitary confinement? Now let’s explore that scenario covered with our proverbial fertilizer we call the media. There is chaos in the street. There are ridiculous changes taking place and an astronomical shift in this place we call home.

I implore you all to put down the kool aid, turn off the television for a bit and do your own research. Reach inside of yourself for your own good and the good of everyone you come into contact. It’s never too late to right a wrong. It’s cleansing to forgive. History is so that we never forget. “Do unto others as you would have others do unto you”.