by Denise Shelton 7 months ago in advice

I got mine, here's how you can get yours 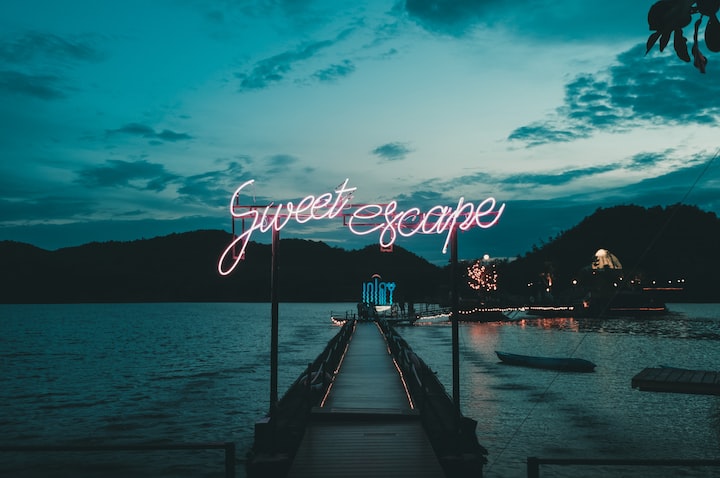 Photo by Yuiizaa September on Unsplash

I used to have a job I hated so much that my dream vacation was to be put in a chemically induced coma and hooked up to IVs and a colostomy bag for two weeks so I could be blissfully unconscious. I didn’t even care about a morphine drip. Just escaping that soul-sucking reality would have been enough (Although a morphine drip might have been nice.). Then, one day, I found a better way. I built a life for myself that I didn’t want to escape.

My day was so dreary that I filled notebooks with life-affirming goals to cultivate hope. What I wanted to do wasn’t all that impressive. I remember writing down that my perfect day involved gardening, cooking, reading, and writing for publications. I wanted to own my own home, and I wanted to become a mother. An Academy Award wasn’t off the table either.

This simple life that a generation before was as easy as falling off a log (well, maybe not the publishing and the Oscar) seemed unattainable. I couldn’t quit my job. I needed the benefits: health insurance, time off, a steady income. I was in the golden handcuffs, and I was no Houdini.

So I focused much of my energy on getting away from my life. I took as many vacations as possible. I used my sick leave for “mental health days.” I smoked pot when I could get it and drank when I couldn’t. I watched a lot of television. I mean a lot.

Don’t dream it, be it

That was over 30 years ago, and guess what? I made it. I have the life I dreamed up. Everything except the Oscar and I still have time for that.

It didn’t happen all at once, but it happened. It all started with adopting a simple motto, the title of a song from the movie The Rocky Horror Picture Show: “Don’t Dream It, Be It.”

I put my new motto on my computer’s screen saver in the biggest font that would fit so that, whenever my PC was idle, it scrolled across the screen. (A screen saver was a program that ran on older computers to prevent images or text from being burned into the monitor. Hey, it was a long time ago, okay?)

My motto was a constant reminder that I should stop dreaming about being a writer and be one. That simple prompt gave me the confidence to write a screenplay and a spec script for a popular television show. They didn’t sell, but I was doing what I wanted.

My dream state is in the zone

I got a job writing trivia games, and I did so well that they made me an editor. It was the first time I remember having a workday filled with so much joy and excitement that I didn’t want it to end. I was living “in the zone,” and it was intoxicating.

One night, amid a big push to get a product launched, my boss told me to go home and get some sleep. When I tried to argue the point, he said, “Denise, you’re listing to one side when you walk. Go home and rest.”

In an article for the Huffington Post, Emily Hill describes being in the zone as “a hyper-focused, sometimes spiritual, state of mind where anything is possible. It’s where we become our most productive, creative, and powerful selves.” Who wouldn’t want to live there?

“I’ve always said that when the day comes that I don’t find romance in a loaf of bread, I’ll quit the business.” — John Uhler Lemmon II

If the work you’re doing doesn’t provide some level of bliss, it makes for a very long day. Are you proud of what you do? Does it nurture and inspire you to do your best?

What you do doesn’t have to be anything spectacular as long as it’s meaningful to you. If you’re not doing what you want to be doing, why are you still doing it?

In the book Lemmon: A Biography, author Don Widener shares a story that two-time Oscar winner Jack Lemmon used to tell about his father’s reaction to finding out he wanted to be an actor.

His dad had always expected him to take over the family bakery business, so he was a little disappointed. He asked his son, “Do you love it?” Lemmon said that he did. “Then you have to do it,” his father replied. “I’ve always said that when the day comes that I don’t find romance in a loaf of bread, I’ll quit the business.”

I had a series of corporate writing jobs and did some freelancing. Right now, I’m working for myself and publishing stories on platforms like this.

I’m learning about all the other ways I can generate income with my writing, experimenting with different forms and genres, and having a blast. I feel so lucky to have access to this kind of instant exposure at this stage of my life.

I no longer need an alarm to get me out of bed. This morning, I woke up and started working before five o’clock. I do that pretty much every day, not always as early, but I do it. Nobody’s making me. I don’t have to. I want to, and that’s what makes all the difference.

I no longer take vacations either. I travel, visiting new places, experiencing different cultures, and meeting interesting people. I don’t do it because if I don’t, I’m going to lose my mind doing some soul-sucking job I hate.

I do this also because I want to, and that, my friend, is freedom. The golden handcuffs are off. If you’re wearing a pair, I have some advice for you: don’t dream it, be it. It’s working out okay for me.

Denise Shelton writes on a variety of topics and in several different genres. Frequent subjects include history, politics, and opinion. She gleefully writes poetry The New Yorker wouldn't dare publish.

Receive stories by Denise Shelton in your feed
Denise Shelton
Read next: Will you be ok with being in the same place in 5 years?