by Daniel Joseph about a month ago in advice
Report Story

The Mastery of Procrastination 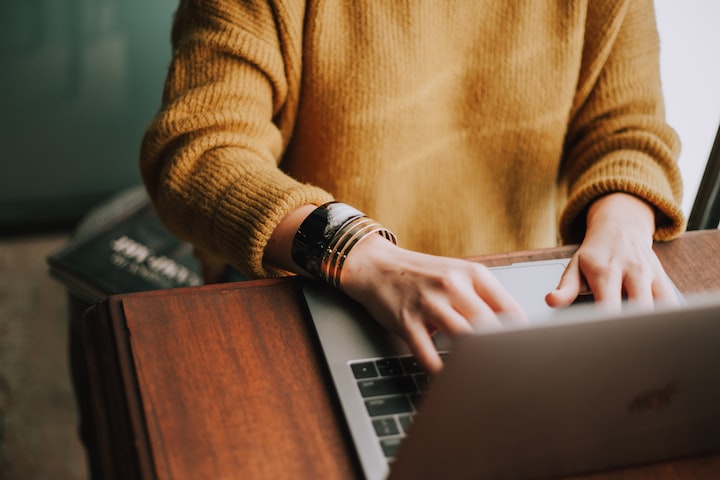 ACCURATE analysis of over 25,000 men and women who had experienced failure, disclosed the fact that LACK OF DECISION was near the head of the list of the 30 major causes of FAILURE. This is no mere statement of a theory-it is a fact.

PROCRASTINATION, the opposite of DECISION, is a common enemy which practically every man must conquer.

You will have an opportunity to test your capacity to reach quick and definite DECISIONS when you finish reading this book, and are ready to begin putting into ACTION the principles which it describes.

Analysis of several hundred people who had accumulated fortunes well beyond the million dollar mark, disclosed the fact that every one of them had the habit of REACHING DECISIONS PROMPTLY, and of changing these decisions SLOWLY, if, and when they were changed. People who fail to accumulate money, without exception, have the habit of reaching decisions, IF AT ALL, very slowly, and of changing these decisions quickly and often.

One of Henry Ford's most outstanding qualities is his habit of reaching decisions quickly and definitely, and changing them slowly. This quality is so pronounced in Mr. Ford, that it has given him the reputation of being obstinate. It was this quality which prompted Mr. Ford to continue to manufacture his famous Model "T" (the world's ugliest car), when all of his advisors, and many of the purchasers of the car, were urging him to change it.

Perhaps, Mr. Ford delayed too long in making the change, but the other side of the story is, that Mr. Ford's firmness of decision yielded a huge fortune,
before the change in model became necessary. There is but little doubt that Mr. Ford's habit of definiteness of decision assumes the proportion of obstinacy, but this quality is preferable to slowness in reaching decisions and quickness in changing them.

The majority of people who fail to accumulate money sufficient for their needs, are, generally, easily influenced by the "opinions" of others. They permit the newspapers and the "gossiping" neighbors to do their "thinking" for them. "Opinions" are the cheapest commodities on earth. Everyone has a flock of opinions ready to be wished upon anyone who will accept them. If you are influenced by "opinions" when you reach DECISIONS, you will not succeed in any undertaking, much less in that of transmuting YOUR OWN DESIRE into money.

If you are influenced by the opinions of others, you will have no DESIRE of your own.

Keep your own counsel, when you begin to put into practice the principles described here, by reaching your own decisions and following them. Take no one into your confidence, EXCEPT the members of your "Master Mind" group, and be very sure in your selection of this group, that you choose ONLY those who will be in COMPLETE SYMPATHY AND HARMONY WITH YOUR PURPOSE.

Close friends and relatives, while not meaning to do so, often handicap one through "opinions" and sometimes through ridicule, which is meant to be humorous. Thousands of men and women carry inferiority complexes with them all through life, because some well-meaning, but ignorant person destroyed their confidence through "opinions" or ridicule.

You have a brain and mind of your own. USE IT, and reach your own decisions. If you need facts or information from other people, to enable you to reach decisions, as you probably will in many instances; acquire these facts or secure the information you need quietly, without disclosing your purpose.

It is characteristic of people who have but a smattering or a veneer of knowledge to try to give the impression that they have much knowledge.
Such people generally do TOO MUCH talking, and TOO LITTLE listening. Keep your eyes and ears wide open—and your mouth CLOSED, if you wish to acquire the habit of prompt DECISION. Those who talk too much do little else. If you talk more than you listen, you not only deprive yourself of many opportunities to accumulate useful knowledge, but you also disclose your PLANS and PURPOSES to people who will take great delight in defeating you, because they envy you.

Remember, also, that every time you open your mouth in the presence of a person who has an abundance of knowledge, you display to that person, your exact stock of knowledge, or your LACK of it! Genuine wisdom is usually conspicuous through modesty and silence.

Keep in mind the fact that every person with whom you associate is, like yourself, seeking the opportunity to accumulate money. If you talk about your plans too freely, you may be surprised when you learn that some other person has beaten you to your goal by PUTTING INTO ACTION AHEAD OF YOU, the plans of which you talked unwisely.

Let one of your first decisions be to KEEP A CLOSED MOUTH AND OPEN EARS AND EYES.

As a reminder to yourself to follow this advice, it will be helpful if you copy the following epigram in large letters and place it where you will see it daily.

"TELL THE WORLD WHAT YOU INTEND TO DO, BUT FIRST SHOW IT."

This is the equivalent of saying that "deeds, and not words, are what count most."