A Book To Change Your Life

by Clara Elizabeth Hamilton Orr 11 months ago in book review

The Elegance of the Hedgehog 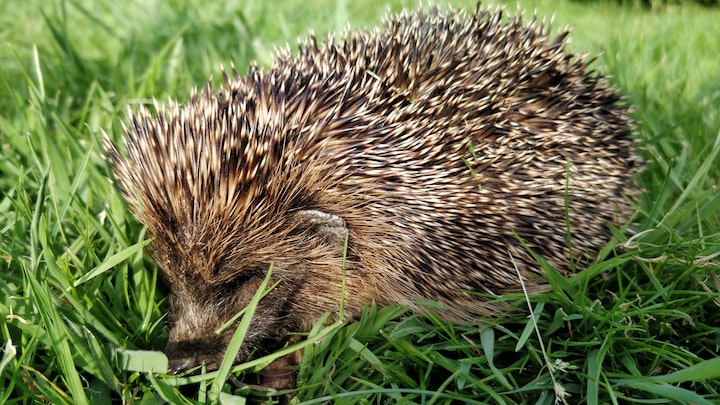 Photo by Josh Mills on Unsplash

When I was six years old, I was just beginning to explore what would eventually become an obsession with literature. As I excitedly described Harry Potter and The Philosopher's Stone to my Aunt, she told me that one day, I would read a book that would change my life.

For years these words slipped in and out of my mind whenever I would pick up a book and start to read. I would think to myself, I wonder will this be it. It never was. Not until I was sixteen and my life began to change of its own accord.

I found Muriel Barbery’s The Elegance of the Hedgehog in my Uncle’s House in Germany, hours after being told my NaNa, one of the biggest cheerleaders in my life had passed away. I was completely distraught and waiting in some kind of half stupor to leave the house to catch a flight back to Ireland. I picked it up, just because it was there; thinking that I might have something to read on the way home. It was supposed to be a distraction, but it became something much bigger to me. Something beautiful and I truly believer in her own way, my NaNa sent it to me.

The novel closely follows the lives of two female characters. Paloma Josse an advanced, outrageously intelligent twelve year old girl, who has decided that life is not worth living and that adulthood is not worth reaching. She has decided to kill herself on her thirteenth birthday. And Renée Michel; A fifty four year old concierge who works in the Parisian apartment building, 7 Rue de Grenelle where Paloma lives with her (bourgeois) parents.

The two are eventually drawn together, they begin to develop a mutual fascination with one another. Renée whole heartedly believes that she has to hide her intense intellectual capabilities from the people around her, afraid that revealing her true self will result in tipping the balance of life, that she is but a lowly concierge and must not be seen to rise above the place that she was given in life. The two have many things in common, the most notable being the fact that while they are extremely intelligent, they are trapped by the confinements of the social structures they live in. Paloma by feeling entirely stifled in a world too small for her and Renée through fear of ridicule and condemnation.

Barbery herself a professor of philosophy, outlines very carefully a powerful line of character progression for each woman. So that you end up with two characters who are of course the same people but much changed by the personal conflicts that they have faced within the novel. Their stories captivate you, draw you in and leave you wanting more long after you have turned the last page. In fact I can still distinctly recall how I grew a little sad coming to the end. Reluctant to let the story finish.

This was undoubtedly, a novel crafted lovingly by an innovative author with a deep understanding of human behaviour, who refuses to pander to the expectations of her reader. Rather, she takes the reader on a fantastical yet intimately realistic journey into the lives of two very different but profoundly similar individuals. Who although forty two years apart in age become intrinsically entwined through a mutual love of all things intellectual.

I believe that the true measure of a novel breaks down into three key factors. The first, whether or not you care about the characters at the end. The second, if the story stays with you after it’s done and the third, if you can find a meaning that resonates with you.

It is an epic feat of literary and philosophical genius, while still managing to remain within the boundaries of readable and without being pretentious, ticks all three of those boxes.

Barbery’s work leaves me able to categorically say that every single reader could take away a different message and a different insightful memory. It has the capacity to touch every book lover in a unique and fundamental way.

I learned so much about myself from this book. For as long as I can remember I have felt the indescribable need to hide my own intellectual capabilities. I’m not saying that I am by any manner of means the next Einstein or Aristotle, but I have often purposefully underachieved in favour of ridiculous social exploits. Mistaking my yearning to stand out, for an over extended, exuberant need to adhere to and fit in with social standards and therefore the self-created social constructs of my peers.

Paloma and Renée taught me the importance of embracing who you truly are as a person. That without that you can never be a fully rounded individual, fulfilled, spiritually, emotionally, physically and intellectually. That without the acceptance of oneself, one can never truly be free. Once you find your way to acceptance, your life is full and whether you live another five minutes, five years or fifty years, you can live more in that time than many people could ever live in multiple lifetimes.

This was something my NaNa had always tried to teach me. A woman, who refused to be confined by the social construct of her Working Class Belfast family, content with her life, but unafraid to push her children and grandchildren for bigger, better things. She stayed in Ireland through times when everyone was trying to get away, raised a wonderful family, remained quietly dignified and yet as fierce and hard on the outside as one needed to be living through two world wars and the troubles. NaNa was quietly intelligent but never afraid to show it.

At sixteen the novel had entangled itself around my heart eternally and though predictably I went on to make many more mistakes and face my own very personal conflicts, I never ever forget the words that I had read or the message that I had taken away.

When tragedy strikes in my life and again that old unwillingness to accept myself for who I am begins to creep as can often happen and as it has done so many times before, I stop and think. I think of strong, entirely beautiful and completely human characters from The Elegance of the Hedgehog and I smile. I remember their battles, the message that they gave me and the message that my NaNa always wanted me to have.

The Elegance of the Hedgehog is engaging, intense and an astounding show of human relationships and the inner workings of two minds that exist in some way in every single one of us. It is unquestionably, a novel that everyone should read before they die so that it can hopefully, in some way, big or small, change their lives too.

"I was always an unusual girl

My mother told me that I had a chameleon soul

No moral compass pointing due north

...With a fire for every experience and an obsession for freedom"