by Alberto Romero 10 months ago in advice

I hit rock bottom in college. This is what I learned 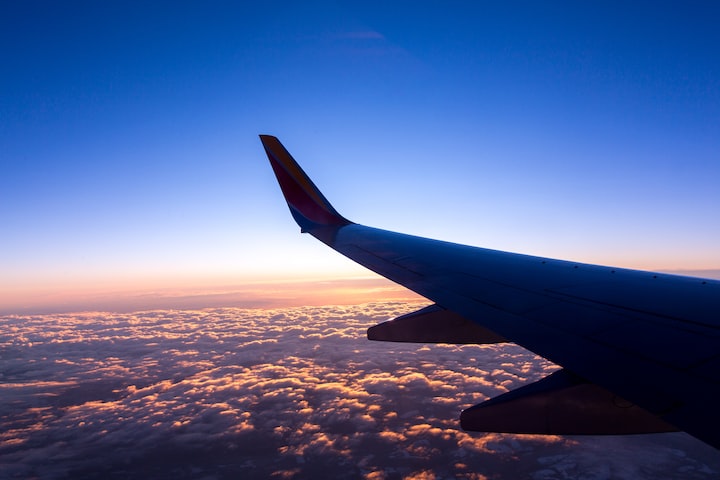 1. Plan the future but live in the present

I was eighteen, with important decisions ahead of me. I got a very good grade in my university entrance exam so I was able to choose whatever I wanted. I should have been extremely happy; any career I wanted to pursue I would be able to. But I was not happy, neither sad. I was confused. I didn't have a clue about what the hell I wanted from life.

In school and high school, the path had always been predefined. We just had to follow it, without deciding anything. I was doing what everyone else was doing. What we had to do.

After I received my grade for the university entrance exam nothing was waiting for me. The path was undefined. I had to decide and I wasn't prepared for it. It may seem ironic that I had one of the highest grades and in between all that studying I didn't stop to think about what I wanted to do next.

And I had to choose fast. I only had a few days to submit my applications or I would lose my place. So I did. I selected aerospace engineering as the first option and economics as the second. What the hell, right? Obviously, I didn't know what I wanted.

It's important to think about what you want in the long-term, at least have some plan of where you want to be 5 years from now (although you shouldn't think about it all the time because then you would daydream about what could be without doing what is necessary to get there).

2. Take care of the things that build your identity

In the end, they accepted me into the engineering school but I soon discovered that it had nothing to do with myself. I felt like a stranger.

The first months were awful. I failed the third exam, a stupid physics exam. Not so awful you may think. A failed exam doesn't mean anything, right?

Well, it was the first time I failed an exam in my life. You could think: "Oh well, it's good that you hadn't failed before, but college is harder than high school, so it's normal". True, but the awful thing was not the exam itself. It was that I realized, for the first time in my life, that I didn't know how to get up after falling. It hit my self-esteem very hard. I had failed an exam and I knew it wouldn't be the only one.

I ended the year with 4 failed courses out of 9. Whoops.

I had taken for granted my academic abilities. I used a lot more effort in making sure everyone knew I was a good student instead of using my time in building the habit of studying or discovering better methods to do it.

My "academic identity" was a very nuclear part of my identity as a whole, and I didn't take care of it as I should have. When it fell apart I didn't have a refuge to hide from the damage so my self-esteem took the hit.

This is a specific example of my academic past, but I believe this lesson applies to anything that builds our identity.

Take care of those things that make up your identity. Think about how to improve them instead of using them to show everyone how good you are. One day they may not be there anymore, and you will feel the loss.

3. Whatever you decide, do it for the right reasons

After the disaster that was my first year, I sunk very hard. I felt so awful that my emotions were telling me to drop from the degree. I was feeling bad but couldn't tell exactly what I wanted to do about it. I wanted to leave, but where? I had always liked psychology and it sparked an idea in my mind.

"I want to leave aerospace school and start a psychology degree" I said to my parents.

"Are you sure this is a good idea?" They asked me.

"If you want to leave, we will support you. Just be sure that it's a good idea to do it."

They were right and I knew it. I wanted to leave but deep down I knew it really wasn't a good idea. Not because a psychology degree was a bad choice, but because what I wanted was to get rid of the bad emotions, and whatever was causing them. I wanted to run away from something. I didn't care that much about what I was getting into or if it could make me feel fulfilled.

I wanted to recover my self-esteem, my successful academic self. And a psychology degree was presumably easier than what I was doing. I liked psychology, but not enough to change just because of it.

It was not an easy decision but overall it was what felt right. I won't say it's what felt good, because at that time it didn't, but surrender to the pain and running away from something just because it would be easier was not an option for me.

It's okay to change decisions at any time. You are free to do so and it doesn't have anything to do with your worth (in any case it would reflect that you can be true to yourself). But always be sure that the reasons backing the decision are the right ones. Think about the situation, try to disentangle what your emotions are trying to tell you, and then decide.

4. What doesn't kill you makes you stronger

Although I knew I had made the right decision, I kept failing a lot of exams. My path was full of obstacles: I didn't like what I was doing. It was quite difficult. And I was constantly fighting with my emotions.

Around 2013, two years into college, I developed an addiction to videogames. I was constantly going online to play with my friends (or alone). Some days I played for 5 or 6 hours straight, until my head couldn't bear it anymore.

Many times I stayed at home playing when I had class. I used videogames as a way of escaping the raw reality I was living. I had no emotional abilities at that time so I didn't even know what was happening to me.

The following years were probably the worse period of my life. Not a single thing was going well for me (or at least that's how I felt). I was constantly failing in college. In contrast to what I had been, I felt that I was worthless academically. I played videogames day after day just to not hear my emotions talking to me. I played to not feel. I had very little social life. I went out from time to time but many times I chose to stay out of anxiety. My sexual life was almost nonexistent. In addition to those issues, for some years I had known I suffered from some emotional problems that I couldn't quite define.

Those were horrible years for me.

Then, around 2015, reading online, I found it. I had social anxiety (I was diagnosed afterward). Discovering my social anxiety was the first silver lining in years.

I started to feel better in the following months. I made a lot of attempts to stop playing videogames (with more or less success, although at that time I felt trying was good enough). I also started to fight against my social anxiety. And I started to implement a more disciplined approach to study.

The worst times are usually the preface of great changes in the relationship you have with yourself. Picture them as growth opportunities that hurt a little.

5. Tolerance to failure develops with failures

From 2015 to 2017 I studied very hard to finish my degree. Each day, I focused on studying whatever I had to study, just for a few hours, without the exams in mind. I would just study for some time and then take a break to let the knowledge sink in. I would still fail sometimes but the failures didn't feel as bad as before because I knew I was following a better approach.

I felt incredibly powerful academically speaking. Even if I was still failing some exams I felt way better than in high school. It was because I had built self-esteem around my methods of studying and my ability to overcome failures, instead of around my successes and the cheering of others. I felt good.

Failing is what builds the strength to bear failure. It helps develop robust self-esteem and resilience in the long term. You should fail as soon as possible in the different dimensions of life to be able to learn from your mistakes and apply the acquired knowledge.

6. Opportunities are scarce. Do not miss any

I entered the final stretch with renewed energy. I had to do my thesis and I wanted to do it as well as I could, even if my anxiety was boiling inside me.

But I didn't like planes. I wanted to do something I liked.

During my years of recovery, I developed the habit of reading online blogs. One that especially stood out was Wait But Why. It was mid-2017 and Tim Urban had recently published a very long post about Elon Musk's Neuralink, and I was hooked.

I finished it in one sitting and decided I wanted to do my thesis about neurotechnology. It had enough engineering to be accepted and at the same time, it allowed me to get closer to the mind and psychology.

I spent a whole month reading and researching about neurotechnology, neuroengineering, BCIs, and the like. I loved it. It took me 7 months to write a 140-page thesis. I was incredibly excited because I had found a way out of the aerospace industry. I could use the thesis to start a new path. I knew my career was shifting, opening new horizons that I was looking forward to discovering.

Four months after finishing my thesis I stumbled upon an artificial intelligence startup and they accepted me as their new asset.

I felt incredibly lucky. After all, I had made it. How could I have ended up in a company that had so little to do with my background? I had successfully left aerospace engineering to never come back and was moving towards something that I truly liked: the human mind.

Some say that luck is an important factor in success. I agree, but there is an aspect of luck that can be built through a specific mindset: take opportunities. Luck resides within opportunities, learn to seek and take them.

Half engineer, half neuroscientist with a deep interest in the humanities