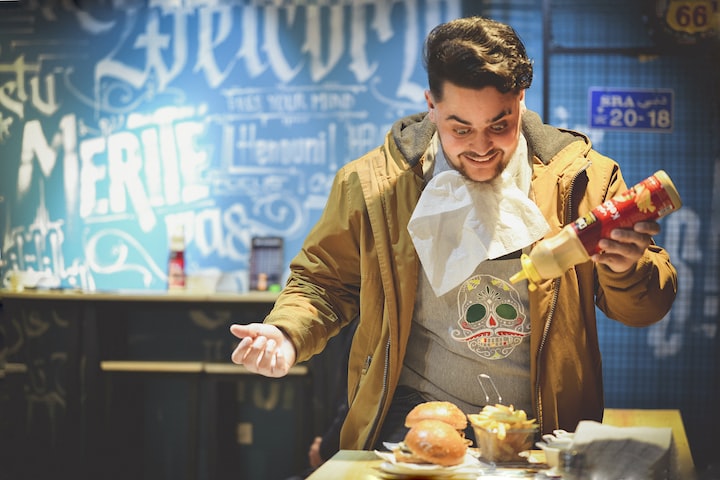 Photo by Fares Hamouche on Unsplash

In a recent study, researchers found that by modifying your habits while you’re sleeping, you can also have an impact on your habits while you’re awake, too. People who woke up after sleeping five to six hours had better eating habits than those who slept less than five hours or more than six hours, according to the study. Those findings suggest that getting enough sleep could influence whether or not you make healthy food choices throughout the day.

What happens when you eat before bed

A new study suggests that one eating habit can help you eat better. In fact, snacking on healthy foods before bed can boost your metabolism during sleep and help you lose weight. Most of us are guilty of overeating at dinner or grazing late at night—but an expert says our food choices before bed could have serious consequences for our health. If you want to build good study habits or make exercise a habit, it's important to build healthy morning habits to stay focused throughout your day. To improve your energy levels and sleep better at night, try incorporating some of these healthy habits into your daily routine

Make sure to have protein at night

A growing body of research suggests that good sleep habits are at least as important for weight loss and fitness as diet and exercise. A study recently published in Diabetes Care found that when healthy adults followed a diet high in protein (the amount recommended by current US dietary guidelines) for 12 weeks, they lost more weight than those who followed a typical low-fat diet. The findings suggest that eating protein at night could be one way to help prevent excess weight gain.

Have something sweet before bed

A good bedtime snack may seem like an indulgence when you’re trying to lose weight. However, if your goal is to create healthy habits that will change your life and help you sleep better at night—and who doesn’t want that?—one small treat can help set you on your way.

Before bed treat doesn’t have to be unhealthy

If you’re trying to break a bad habit or build a good one, you might as well make it healthy. The latest proof comes from a new study showing that people who reported eating snacks before bed were less likely to report having insomnia and poor sleep quality. This isn’t a license to load up on junk food—healthier snacks can help you get better sleep as well. So put down those cookies and carrot sticks—you’ve got work to do!

We don’t need 8 hours of sleep

According to a new study from researchers at King’s College London and UCL, sleeping longer isn’t necessarily better for you. Researchers found that those who slept six hours or less were less likely to be overweight. On average, those who slept for more than eight hours were around 3 pounds heavier than those who had seven or fewer hours of sleep a night.

8 hours may not be enough sleep

The power of habits is strong—but you can always create healthy habits that make it easier to reach your goals. To help you sleep better and make healthy eating a habit, try going to bed around 8 p.m. so you have time to digest a small meal before you turn in for the night.

How too much time in bed can harm your health

Recent research suggests that too much time in bed might not be all it’s cracked up to be. In fact, spending more than nine hours a night in bed—or even just seven or eight—could lead to health issues like heart disease and diabetes. Thankfully, there are healthy habits for a better you . . .

Make sleep a priority – Include it in your schedule and build it into your daily routine. Keep sleep separate from studying – Studying will interfere with falling asleep at night. Do something relaxing before bedtime – Take a bath or read a book instead of watching TV or playing video games before you turn out the lights.

I am content writer for articles. I have also provided need articles everywhere. I like articles writer for time to time services provided also customer.

More stories from Healthy Lifestyle the story and writers in Lifehack and other communities.