I Ate Nothing But Dollar Store Food For 24-Hours

by James Logie about a month ago in food

Is it possible to find healthy options on a budget? 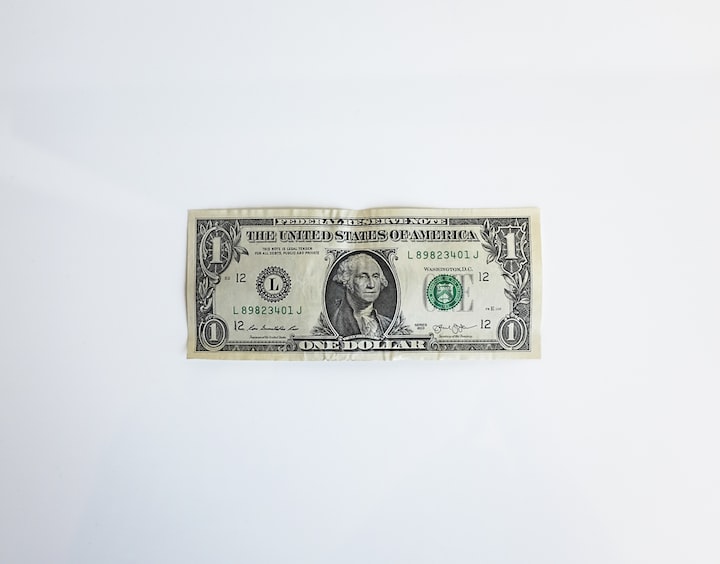 That wasn’t as bad as I thought.

I’ve been a personal trainer and nutritionist for years. The biggest thing I try to teach is that trying to pursue perfection in health is not possible.

The goal needs to be progress and not perfection. Choosing the best options in any given situation is a more realistic pursuit.

Since I am extremely frugal (ex-girlfriends would say “the cheapest human being in existence”), I like to pick up random things from the dollar stores. It’s a great place for simple kitchen items, garbage bags, etc.

But I noticed how much food they actually have — and some of it didn’t look too terrible. I decided to see how healthy I could eat for an entire day by choosing the best possible items they had.

The average household is spending around $600 a month on food. We spend around $337 on food at home and $263 away from home. When you look at how much an individual person spends in a single day: it’s only around $7.63.

The odds are, most of this is spent on prepackaged food. By eating dollar store food, I didn’t have the option to buy fresh food. So how healthy could I make this? And could I find better options than buying a frozen, packaged meal from a grocery store?

This wasn’t about spending the lowest amount of money possible — but just about making the healthiest choices possible. I chose foods for breakfast, lunch, dinner, snacks, and beverages.

Since everything is $1, I wasn’t worried about the budget. But everything I consumed for the day had to come out of the store.

Breakfast was the easiest meal. And honestly, not too different from what I normally have each day. Here’s what I found to make a morning oatmeal.

Oats: I thought I would only find instant — overly flavored — oatmeal, but was surprised to find actual oats. They were ‘quick oats,’ but not too bad.

Almonds: we think of dollar stores as places just to buy candy and chips, but it’s a great place for nuts and seeds. I was happy to find unsalted, raw almonds.

Dried fruit: there is a lot of this available. Obviously, this doesn’t replace fresh fruit, but at the store I go to; I found dried raisins and cranberries.

Maple syrup: I’m Canadian so I can spot inferior maple syrup from 200 yards. They only had miniature bottles, which I’m pretty sure were just corn syrup with maple flavoring — and maybe a little actual syrup — but it did the job.

Cinnamon: dollar stores are a great place to buy herbs, spices, salt and pepper, and other condiments that I would use for all the meals.

Pretty simple here: I made a big bowl of oatmeal topped with almonds that I chopped up, the dried fruit, sprinkled cinnamon, and a tiny drizzle of that “syrup.” I also found some green tea bags so had that as my morning beverage.

I found lunch to be the toughest meal to put together. Here are a few things I found.

Black beans: this was a pretty decent-sized bag that could make several portions. I had not expected to find beans in a dollar store.

Bumble Bee premium light tuna: this tuna was packed in water and is probably the best protein source you can find in these stores. I understand store-bought tuna may have a lot of issues, but we’re looking for the best possible options in the given situation. Since the average person is buying packaged food for their meals; I don’t want things with a ton of ingredients.

Olive oil: I question how good the quality of the olive oil is, but these are smaller sizes so hopefully they’re relatively pure.

What I threw together was a black bean and tuna salad. Usually, I would include some onions or shallots, but that wasn't an option. I mixed the tuna and cooked beans together in a bowl. I sprinkled some of the apple cider vinegar to give it some zest and then added a herb seasoning, salt and pepper, and some tobacco sauce.

I made sure to chill this before eating, and honestly — it wasn’t the worst thing I’ve ever eaten. Gordon Ramsay won’t be kicking down my door trying to get the recipe, but it was alright.

Dinner wasn’t as bad as I expected. I thought this would be the hardest meal to put together — but it was pretty doable. Here’s what I found.

Canned chicken: I know, I know, this sounds awful; and I was pretty hesitant to use it. I wanted a protein source and didn’t want to return to the tuna. I found a brand of “premium white chicken” that was 98% fat-free — whatever the hell that means.

I’m going to go out on a limb and assume this didn’t come from organic, free-range chicken, but the ingredients were:

So, not great, but fewer ingredients than I was expecting. Either way, this seemed a hell of a lot better than the canned “flakes of ham.”

Rice: at the Dollar Store I go to: rice is plentiful. I found a “heat and eat” steamed basmati rice. I like basmati as it’s a little less starchy than other rice varieties. I was hoping to find brown rice but we can’t always get what we want.

Frozen veg: another great find. The bigger Dollar stores have a frozen section and there’s a lot of good stuff there. I chose some frozen broccoli and green beans.

Frozen produce always gets a bad rap, but it’s possible that it’s healthier than some fresh produce. Fruit and veg start losing nutrients after they are picked. When it’s flash-frozen, it may keep more of its nutrition intact.

Compare this to fresh produce from the other side of the country. The fresh items have been picked, sorted, stored, transported, sorted again, and then stored on shelves. It could be a week or two — or longer — from the moment they picked it to when you eat it.

The frozen option may end up keeping more of its nutrition, so make use of it. Also, you won’t waste as much, which is a big problem with fresh produce. Food wastage is costing you thousands a year — so frozen produce can be a better option.

Once I had found the rice and frozen veg, I knew I was heading to stir-fry city. I stir-fried the veg with the “chicken” in a little olive oil. I prepared the rice and tried to cook it all quickly so it didn’t all turn to mush. I added a little of the soy sauce and then topped it with some cashews I had bought for a snack.

Verdict: Again, not too bad. The protein source was the big issue, but this wasn’t too far off the regular stir-fry I normally make.

Snacks are obviously the easiest part of this experiment — but there’s some decent stuff there. Here are some of the best items I found to have throughout the day:

This was an interesting little experiment. And it was much easier — and more enjoyable — to do than I thought. You’d be surprised what is available in these dollar stores.

I wouldn’t do this sort of thing regularly, but it’s good to know you can get some decent staple items there. I think the only issue is that you can get most of this stuff in larger quantities — and cheaper — at bulk food stores.

Speaking of that: we really should consider bulk food stores to be health shops. They’re not just giant tubs of jelly beans and pinatas, there are many healthy choices there that you can stock up on. That’s where I get all my rice, quinoa, oats, nuts, etc.

But that story will have to wait for another time as I’m still working some canned chicken through my system.

The key takeaway — as it pertains to health — is just to make the best choices possible in any situation. The goal shouldn’t be perfection (which probably isn’t a healthy approach) but just mindful decisions.

Doing your best in your choices is a much better alternative than beating yourself up because what you decided on wasn’t perfect.

food
James Logie
Read next: 10 Remarkable Facts Of The 18th Century That Will Surprise You
James Logie

See all posts by James Logie →