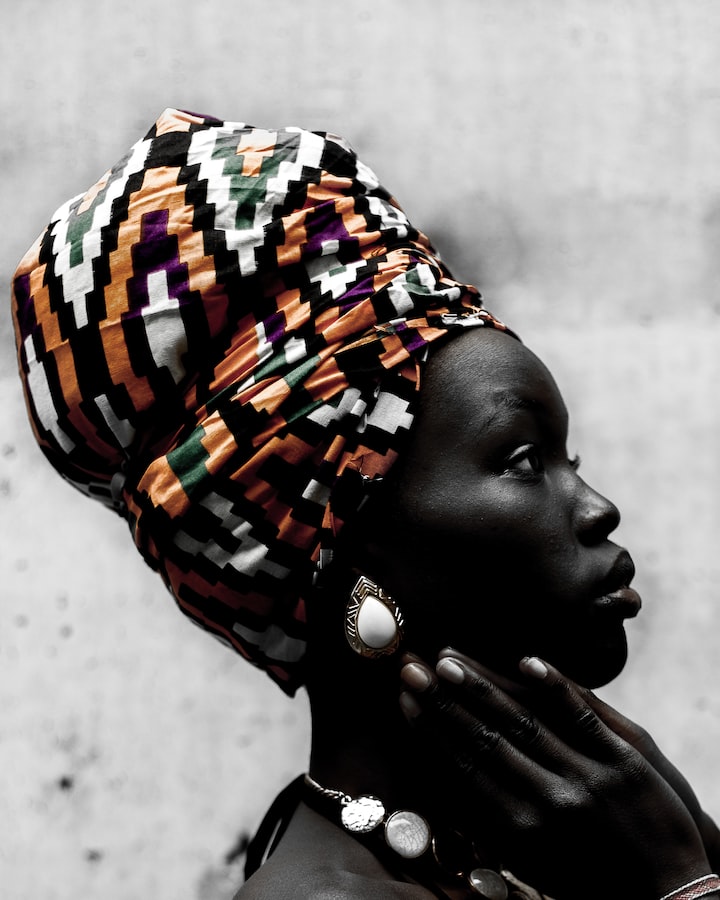 Photo by Oladimeji Odunsi on Unsplash

Hollywood’s horror industry has been pretty abusive towards ancient and indigenous culture. Shamanic practices from indigenous civilizations (eastern and western) and many other beliefs or customs have been poorly represented in horror media and the most depressing part about this is when ignorant audiences believe the Hollywood representations. It’s this kind of slander in western media that distances and even shames the ethnic roots of people of color. In a previous blog post, I mentioned that I feel neither African or American enough to have any real sense of belonging ethnically. I can research my ancestors, do an AncestryDNA test, or just go visit Africa if I want, but the connection will always be lacking in some way thanks to colonization and the poor, unfair judgments of my ancestors to this day. There are even African American families who cling to the Abrahamic religions to make sure they fit the status quo. So, as a horror and dark fantasy writer myself, I want that to change.

My first novel has the protagonist searching for the historical truth of the world’s magic system. One of the harsh realities they’ll face is that no matter how much truth you dig up and show to others, there is a comfort zone in the status quo that some find is hard to escape, especially if a group or race of people have worked hard to prove themselves to be capable of living a civilized way through the abandonment of their origins. My protagonist has to face their internalized shame and break away from it through the risk of being demonized by their society. I can easily write about how my character’s risky actions lead to harsh consequences, but for my audience to empathize with them, I need to explore the pain of disconnection, conversion, and misrepresentation. For that, I’ll need to start with historical inaccuracies in general fiction before I dive into horror.

A brief Google search led me to “15 Most Historically Inaccurate Movies Ever” by Jack Delaney from Screenrant. It’s a pretty solid read pointing out the obvious historical inaccuracies and implying the intent behind the changes. It’s not surprising that most of the changes were made to make certain governments or nations look like heroes and making any ethnic group that wasn’t white look like savages who had little to no culture or intelligence. Looking over all of the picks, obviously things were changed in every movie’s production for the sake of entertainment and cultural erasure. I want to dig deeper regarding the emotional impact of doing that.

The next piece I came across was Kit de Waal’s article called “Don’t dip your pen in someone else’s blood: writers and ‘the other’” from Irish Times. Waal’s definition of cultural appropriation from the dictionary is: “Cultural appropriation is the adoption of elements of a minority culture by members of the dominant culture. It is distinguished from equal cultural exchange due to the presence of a colonial element and imbalance of power.” To be brutally honest, my biggest fear as a fantasy writer is to have my work labeled as culturally appropriating. I’m not afraid to strive for originality, but I am terrified my work becomes associated with the other forms of media that ignores history and strives to entertain that dominant, colonial culture. When I was interested in video game writing, I constantly ran into statistics saying that the white male demographic was where most of their income came from and that’s why game developers designed their products to satisfy them. I’m not sure if that’s the demographic for fantasy/dark fantasy writing as well and I don’t care. That’s where I draw the line when it comes to “writing for the audience” because I don’t imagine the most privileged or richest audience to be my audience. I’m hoping that as I write from my heart, the audience who finds my work will align with my true intent and vision. However, that’s probably the ideal of most authors isn’t it? We’re never going to be liked by everyone or have the perfect audience, but the least we can do as writers is direct our efforts toward authenticity and understanding. Waal’s article emphasized that genuine respect is mandatory as a writer who is inevitably “the other” when exploring a culture or history that isn’t their own:

“As writers we have to be the other – without it we would have no literature, no great stories, no murder mysteries, no great romances, no historical novels, no science fiction, no fantasy – but when we become the other we need always to act with respect and recognise the value of what we discover, show by our attitudes and our acknowledgements that we aren’t just appropriating but are seeking to understand.”

As an African-American living in more contemporary times, I know my losses aren’t as extreme as the losses my ancestors suffered, but unfortunately, the loss continues. There’s a trauma from that past I may never understand, but their history still echoes through the Black Lives Matter movement and the African-American creators today wanting to be seen and heard. My heart is full of the genuine desire to understand many indigenous cultures and capture their views of what they considered divine or supernatural without judgment. As an animist and mystic, I’ve always been drawn by their stories in the stars, the lessons from nature-inspired parables and fables, and the development of shamanic power pre-dating organized religion and colonialism as it has inspired an entire universe inside me I only want to express with gratitude.

I recently added "Finding Soul on the Path of Orisa" by Tobe Melora Correal to my reading list and am stoked to learn more.

As I learn more about my West African heritage and other indigenous cultures, I’ll tread carefully as I move forward as a writer. Even though my own ethnic identity is in a kind of limbo, I’ll treat the exploration of other cultural worlds with respect and as “the other”.

Sometimes writing a novel is just staring out into space and letting the story play out in your head until it clicks. I spent about 2 hours doing that. It’s really not as boring as it sounds when you just let go. The characters really do whatever the hell they want, which brought a lot of progress today.

While working, I think I may have just changed up the main plot a lot thanks to the research I did today and I think that’s okay. Reviewing the story structure formula I discussed in a previous entry, it didn’t make sense for my main character to dip their toe in the underworld and then try to stay up top like nothing happened and that’s what I almost ended up doing. I’m glad I noticed this, but now this definitely means more major changes that’ll push me out of my comfort zone. Changes like these make the second draft feel like you’re rewriting the novel. Personally that’s kind of scary, but I know it’s a huge step closer to my work becoming a real, cohesive novel. We’re not in first draft land anymore.