Why Do So Many People Hate Their Jobs?

by Jamie Jackson 3 months ago in career
Report Story

No one wants to be the coward 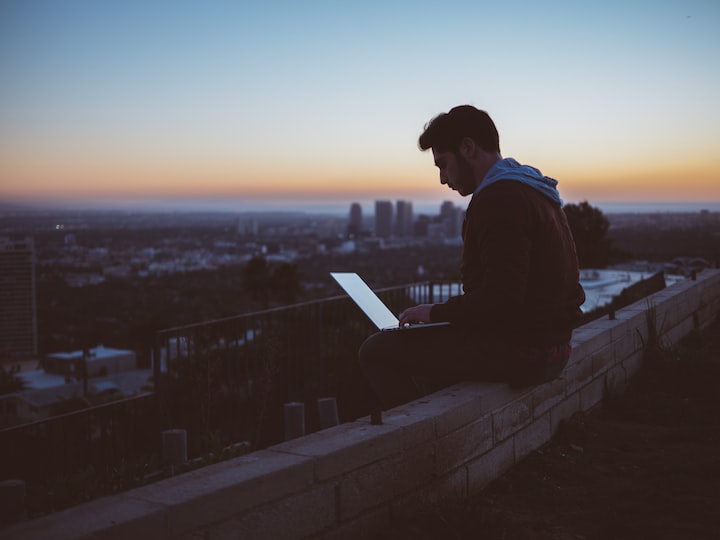 Photo by Avi Richards on Unsplash

People hate their jobs. This isn't even a debate. 50% of people openly admit to hating their job and the other 45% are lying.

A lot of people will lie about this taboo topic. This is a fact to be faced when discussing why people hate their job. Denial comes built in as standard. Denial is why people are stuck in careers and lives they loathe, denial protects the ego.

Denial is the life jacket in the sea of existentialism.

More on this in a bit. Firstly to explain why so many people hate their job.

Essentially, it’s because they make a Faustian pact with society to stay safe and stable.

It's living not-to-lose rather than living to win.

Most people want to be comfortable and secure more than anything else. Their brain rewards comfort, predictability and lack of risk. This is how your brain works, how my brain works, it's how evolution has kept us all alive. Safety over risk. Comfort over discomfort. Your happiness doesn't factor into survival.

Your brain doesn't care if you're happy. It cares if you live.

Most people have a dream (though even then, some will insist they don’t, which isn’t true and is merely more denial), but to achieve a dream takes a lot of ongoing discomfort, bearing a lot of risk and going through a lot of failure. It's hard and unpalatable with no real ending. So most people ignore their dream, or worse, deny the dream altogether. They rationalise it out of existence; it's too unrealistic/it's not possible right now/it's not what I really wanted/I was just a kid when I said that.

On the opposite end of the spectrum to dreams are the predictable, boring jobs we can all easily get. People pick these jobs over their dreams as it’s easy. It’s the corporate treadmill. No need to think, or feel risk, hop aboard.

Corporate jobs, routine jobs, predictable jobs, come with a great number of attractive benefits. There is a stable pay cheque, there is a pension, there is a fixed number of leave days, there is sick pay, there is a clear line of progression, and there are pay rises.

Dreams have none of these things. Dreams are a leap of faith. Most people are too scared to leap, so they pick the job, the security, the comfort.

Sure, people will try to pick a job closer to their dream than another job or career but they still choose security over all else. They still pick a job over a dream. Over and over. Millions of people choosing poorly.

Then, they have to live with this decision.

This becomes life. In one way, it’s easy to rationalise; look at my nice house/my nice car/my reasonable savings account/the nice holidays I take every year/the nice clothes I can afford - But these won’t fulfil the soul’s yearning for to become what they were meant to be.

Dreams have no business mixing with rationalisation.

Besides, dreams don't die. They linger, and the incongruence will tug on their shirts and tap them on their shoulders.

"Unexpressed emotions will never die. They are buried alive and will come forth later in uglier ways." — Sigmund Freud

All the while your dream is neglected. All the while, deep down these people know they've compromised, they've chickened out they've chosen certainty over self-actualisation.

They chose a job over a dream.

For some, this is too much truth to bear. No one wants to feel like the loser, so they move the goalposts, they claim they are living their dream.

I've seen this happen more than once. I worked with a girl who insisted her childhood dream was to be a team leader in an HR department. I doubt she even understood what HR was when she was 10.

Alternatively, people claim they don’t even have a dream, they will deny it completely and gaslight you if you remember differently. They will disconnect from their desires and interests which only serve to remind them of their poor decisions, and their terrible trade-offs.

The question isn't why people hate their jobs, that's easy and obvious, most jobs are boring, soulless and a means to an end (salary and security). Most jobs will be tossed aside and discarded at the first available opportunity - when a better job comes along or when experiencing a windfall of cash for example.

The real question is why people deny they hate their jobs. Why does that aforementioned other 45% of people lie? It is because knowing one has never really tried is too brutal a truth to face. It is to admit to mistakes, to cowardice, to failure. And who wants more discomfort atop the existential angst already experienced?

Better to be soothed in denial than freezing in the winds of cold, harsh realities. Better to lie. Easier to lie. And the lies become prison bars, invisible tethers. As Kevin O'Leary said:

A salary is just the drug they give you when they want you to give up on your dreams. — Kevin O'Leary

More stories from Jamie Jackson and writers in Journal and other communities.