What is Vocal to You?

by John Dodge 2 months ago in advice 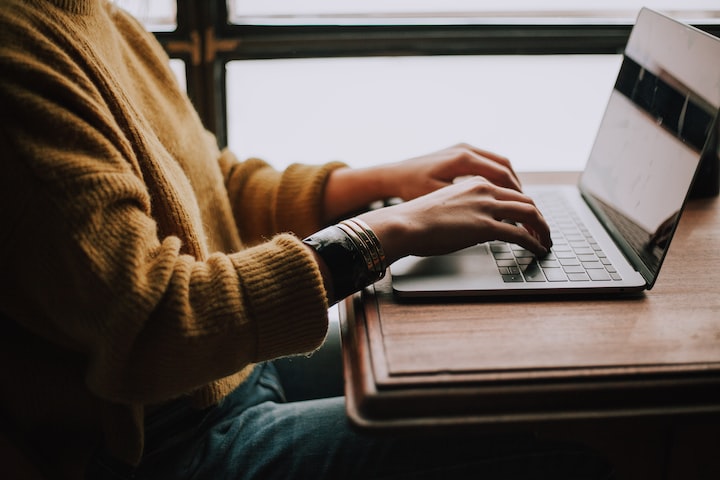 For as long as I can reasonably remember, I have wanted to be a writer. I fell in love with comic books at an early age, and as early as four years old I wanted to be the guy who told those stories. Clearly, Vocal is not a platform for that specifically, but it is a place to tell stories in general. It's also a place to make money, potentially.

For myself, as I assume is true for many other Vocal subscribers, that was a big part of the draw in deciding to pay for a membership here. It wasn't the thought of some breakthrough, million reads per month article money that caught my attention, though. It was the writing challenges, or contests. I know they're called challenges on this platform, but they are no different from the writing contests that I used to enter as a teenager. At least, apart from the infinitely smaller entry fee, they're no different.

I remember being fourteen and asking my mom for $100 to submit a single entry into a single contest. That was something that happened more than once over several years. The fact that there was now a service I could pay $100 to, and in exchange I would get effectively unlimited entries into who knows how many contests seemed like a dream. Even if I only entered one a month, that's still a sweet deal. And if I managed to make some money from reads in the meantime, well that was just gravy. So that's what Vocal is to me. But this isn't really about me.

What is Vocal to you?

I ask because I have seen recently more than one post on social media regarding whether or not Vocal is some sort of scam. I have also seen several regarding views, bonuses, contests, and all of the ways in which someone can potentially earn very real money through Vocal. As much as $6,000 a month, if the website's own advertisements are to be believed. Obviously making $6,000 a month based on readership alone on this platform is a pipe dream for almost the entirety of its subscribership. On the surface, Vocal is a sort of Diet Medium.com, and even the highest paid authors on one of the best established platforms on the web are only rarely cracking $30,000-$40,000 in a single month, often off the back of one piece that went viral. Yes, there is absolutely the potential to turn a hefty profit from hitting millions of views on Vocal, but it has yet to be reached on this relatively new platform as far as I know, and it isn't a realistic expectation to have.

But is that why you're here?

I have to ask because it's important to this topic, but also because I can't imagine a whole lot of people said "Yes, this thing that I'm going to give $10 to is going to give me back thousands of dollars and throngs of dedicated fans." That makes it sound like a pyramid scheme, which it definitely isn't, unless that's all it is to you because of your own unreasonable expectations. I too would love to be the next Elisabeth Badinter (I would personally settle for Dan Brown money, but whatever), but that is never going to happen, and if it does it will NEVER be because of this website. Never. I'm not saying that because I don't think you're incapable of being a great, renowned, rich and famous author. I'm not saying it because I think Vocal is a bad platform, either. I'm saying it because I'm a fulltime writer every single day, and I know what realistic view counts look like.

I'm a staff writer for CBR.com. If you click that link, you'll be able to see all of the things that I have published through my day job so far, which as of the time of writing this article is over 800 articles since I started less than a year ago. I write a lot, is what I'm saying, and a big part of how I get paid for that is by readership numbers. I won't get into specifics, but I will say that even with a huge website that gets millions of clicks publishing my SEO heavy writing every single day, I'm lucky to get 10,000 views on a single article in the first month. 100,000 is exceedingly rare, and usually attached to headlines such as this one which spoiled the big reveal of the then mystery Green Ranger's secret identity. It's a cool article about a cool thing that happened in the comics, and I think it's awesome that my job is to write about it. I'm a huge nerd. I love that shit. I did not make an insane amount of money from that article. Even if I had published it here to the same number of readers, I would not have made an insane amount of money from it. Again, we're talking about an article published to a major site, with all of their resources available to get as many clicks as possible. Vocal isn't even that yet. Not really. And even if they were/are, no one is going to pay you more for clicks or views than they are making from that same level of engagement. That takes having your own website.

So what is Vocal to you?

Did you join it for the challenges? I've read at least a couple of posts on social media regarding the nature of challenges on this site. How they are clearly part of some bigger scam or how the judges are incompetent. Really? Because you didn't win? Or because you felt there were better entries than those that won elsewhere in the submissions list? How many hundreds of submissions are there for the big, five figure top prize challenges? No, you're probably not going to win one. You are probably not going to win a bunch of them. There is that possibility, yes, but it means writing a lot more than you probably to even stand a chance at doing so. It also means having the patience to not win over and over again. It would be so easy to be cynical after not winning a handful of times and assume that something is rigged, or that the judges have no taste. Don't do that. Just take your L and try to do better on the next one. I know that not everything I write is very good. Sometimes what I write is flat out bad. Be able to recognize your own not greatness and strive to be better. Don't assume you are being played just because you didn't score that five-figure top prize for your emotional journey through that time your dog had hemorrhoids or whatever.

I lied a little bit earlier when I said that Vocal was, to me, a way to enter writing contests for cheap. It's become more than that. It has become a place to write things I want to and send them off into the overly populated void that is the internet. Sure, the challenges are still a thing I enter, and those act as prompts for things I may have otherwise never written, but it is also somewhere that I can just write whatever I want to. I get to write about my favorite kinds of weed. I get to workshop jokes I made in Facebook groups into something bigger because a bunch of strangers said it sounded cool. I get to write this, and if I think it's good enough to publish, I get to do so on a platform that is legitimate enough to elevate this article beyond "social media ramblings."

Vocal is not my hot ticket to stardom as the next great American author. Vocal is not likely to be putting a down payment on a condo for me anytime ever. But these are not the reasons that I signed up for Vocal. I wanted somewhere to enter cheap writing contests. I found a place where I can write about pretty much anything under so many thousand words. To me, Vocal is worth $10 a month. So, again...

What is Vocal to you?

John Dodge is kind of sick of other people complaining in the same online spaces where he also complains. Irony is dead. If you would like to support him directly, you can send a tip right here on Vocal. You can also click the heart to let him know you enjoyed this article. John can be found writing about comic books on CBR.com, and on social media on Facebook, Twitter, and Instagram. If you want potential new meme formats follow his favorite Twitter account right here.

Receive stories by John Dodge in your feed
John Dodge
Read next: Why Denny's Is the Perfect Starter Job for a Cook