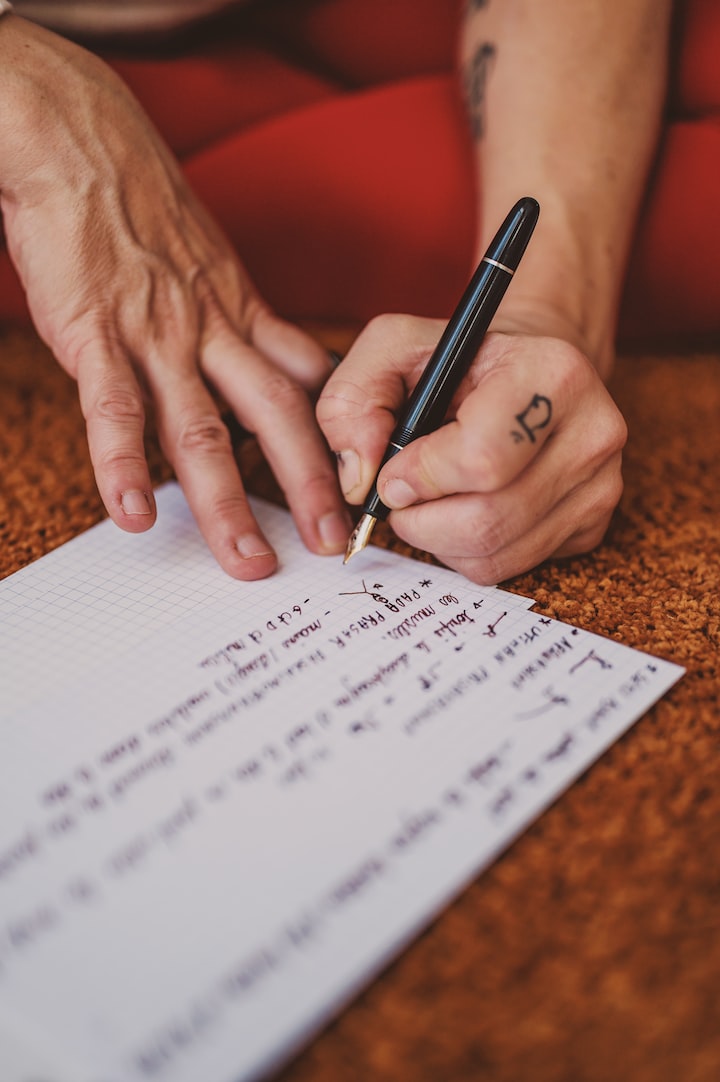 Photo by Conscious Design on Unsplash

Okay, now that you have an idea for your fiction piece, you may be trying to figure out the details, what is happening and where you want your story to go. so this is where plot comes it.

So what is plot exactly?

Well, although there is no set definition, and I looked for one, plot is most often thought as what the story is about, whether or not you know what it is yet.

But don't mistake it for real life, because plot is not quite like real life. Instead, it is one of the elements of writing craft that divides the real world from fiction.

Much of our day to day lives don't carry much plot. I mean, how many characters do you see eat of go to the bathroom and have it add something positive to a story?

So keep that in mind when you are writing, since fiction does have a point to get across.

Now, to the question, or known as the major question, which drives much of the story, is for the most part straight forward that will be answered by the end of the story. There is no need to feel pressured to make it a yes or no answer though. You can leave it as a maybe, but do what feels right for your story.

However, keep it on the backburner that readers tend not to like stories where everything is resolved simply because of a random act, and as a reader, I will agree with that.

The most important thing is that your answer lines up with your question.

The actions of your main character, or protagonist, should answer the question though, because their desires often is intertwined with the plot, their goal being a yes, no, or maybe answer.

Now they don't know what their goal is, they can, but they don't have to. Goals don't even have to be concrete, like saving the world. They can be abstract, like figuring out where their place is in the world.

There will be obstacles in the way of the MC as they run toward their goal, adding conflict. Conflict can external, internal, or even both, depending on what you're writing.

The beginning of your story should do three major things; drop the reader into middle of or right before the action, because no one wants to read the days or weeks before, provide all the required background information needed to understand what's happening without slowing down the pace, and it has to cement the major question into the story.

The middle is where the MCs path is riddled with obstacles. As their path to their goal is blocked and blocked again, the tension rises and the challenges become more and more daunting to the MC.

The middle is not composed of random events, since that would confuse the reader. Your story's middle should a chain of events that fit together like puzzle pieces that draws the reader in and makes them want to read more, all while developing the MC and story. It should also leave clues as to what might happen later on, in either the book or series, if possible.

The end, the shortest and possibly the most important part of your story. It carries great responsibilities, bringing everything together and having it all make sense.

Your ending should follow the three C's; crisis, climax, and consequence. Crisis is the point where the tension is at its highest. Climax is the moment when that tension breaks and we get the answer to the question. Consequences alludes to what happens at the very end. Don't be fooled by the word. Consequence merely means what is the product of an event, so it can be either good or bad, unless you decide to end on a cliffhanger.

Now do not panic about not having a definitive plot to your work. Plot isn't something you just know right away. It emerges over many drafts. Plot is almost inseparable from the MC after all.

Hell, I'm still not sure about all my work.

If you want to search for your major question and have written at very least one draft, one place to look is in the climax itself. I know, it's ironic, but it makes sense, considering how answers pop up when you haven't even asked the question.

But you don't need to have it set in stone before writing. It takes many hours and lots of writing to figure it out. It will surface soon enough.