The Creation Of My Fiction Emma.

by Carol Townend 4 months ago in workflow
Report Story

The Power of Imagination Knows No Limits. 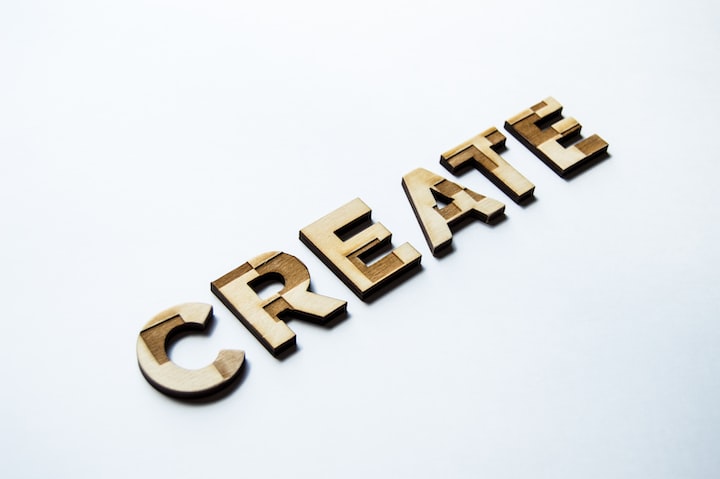 Photo by Nikhil Mitra on Unsplash

When you read my fiction, Emma.

One could say I have a very wicked mind.

You would be right in saying it.

I am a person with a very wild imagination, especially in the world of vampires, Zombies and Ghosts.

My love started with one television show,

and it grew from there.

I've been a fan ever since it came out, and out came my curiosity to explore the supernatural world.

Things we believe to be real or not real, that our brains can't process or disprove.

Zombies, vampires, ghosts and other supernatural phenomena have fascinated me ever since I became a major Buffy fan.

I always stuck to the light side of writing when I first started, but now I'm a writer who writes all kinds of things. I wrote Lust which is not for the faint-hearted! and tells the story from the vampire's point of view.

Lust is about a vampire who becomes obsessed with a female, and he won't stop until he meets the burning desire inside of him. The female is lured in and it is out of her control, but she kind of likes it, though she has no choice.

I wrote a Runaway train story using my imagination which is based on a train that is more like a helltrain going nowhere but to hell!

Emma is my favourite creation out of all my stories.

Jeremy and Jake are on a mission to find Emma, Jake's girlfriend; who has gone missing among all the strange phenomena in the town of Littledon. There is something weird going on in the town and at Coolers Lake; even worse Jake meets Sarah who he just knows is not normal. Neither of them can bring themselves to truly believe in Zombies or supernatural activity, though Jake is desperate to find his girlfriend. He knows Sarah has powers that are beyond human, and he finds it strange when he discovers others eating flesh. As the story delves further into it, the mission turns out to be terrifying and not easy.

Can Jake and his friend bring themselves to believe what they are seeing in order to save Emma and save the town?

I took a twist from all my knowledge of Vampires, Zombies and Ghosts.

As my story continues, you'll find my supernatural characters do not work in the same way they have in many of the books written over the years; I am breaking tradition and playing with these characters in ways never done before.

One thing with supernatural stories is that the entities always seem to do the same things. Zombies roam around endlessly, Vampires just want blood, and Ghosts come and go.

Poltergeists always seem to cause wind!

In my story, it might seem the zombies are similar, but we are only in the early stages. Later there will be major thrills and spills as my imagination knows no limits.

There will be day walking Zombies who walk around as normal people, Vampires who don't just drink blood, Ghosts who can suddenly be human etc.

Then, there is Emma who will later shock the reader...when we discover what has happened to her.

I believe if you are going to write horror or psychological horror, then the story should be just that 'horrific.' It should chill your reader to the bone, and evoke scary thoughts that your reader never thought they could have.

Horror isn't horror unless it keeps you awake at night!

Emma has chapters. The link to chapter one is in this profile, if you click it, it will take you to it. Chapters two and three are also available now, and chapter four is coming soon. I haven't quite got a finale chapter for this story yet, and it will be quite a long series, so keep checking back and

Fiction, Horror, Sex, Love, Mental Health, Children's fiction and more. You'll find many stories in my profile. I don't believe in sticking with one Niche!

More stories from Carol Townend and writers in Journal and other communities.