by Teresa Wegrzyn 6 months ago in career 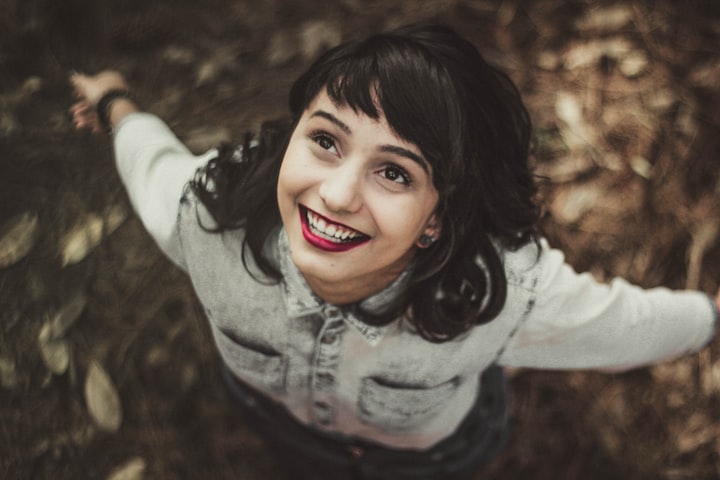 I had been working in one of America's top two most dangerous cities as an EMT for years. I had one of the more patient temperaments simply because it was my nature but once riled up I could turn from " social worker Teresa" into Bad Ass Bitch in two seconds flat.

I recall a particular day when I was working with a new per diem. I'm sorry. I don't remember his name. I remember he was a nice enough man but he was looking for action. In his defense, most of the folks that work in EMS are commonly known as " Trauma Junkies" the rush of adrenaline that comes over us during situations that involve quick thinking, fast action and sometimes fights is almost a drug. We never want anyone to get hurt. No, not at all but for some reason when something that is trauma related comes across our radios our hearts beat a lot faster.

When we arrived on the scene there were actually four, FOUR!!! patrol cars parked outside of a cute little house with a white picket fence. Pretty flowers all around. My brain was still pretty confused as to why there were so many Officers there and way before us but I would be finding out soon.

We got our gear out of the ambulance and started towards the front door. I suddenly noticed this smell that I know I had smelled before but I just couldn't put my finger on it. The closer we got to the front door the stronger the smell. When we walked inside there were six huge officers standing around a man laying on his bed. I then realized that aroma was testosterone. It was strong too!! My partner was certainly casting out his own excitement but so were these male Officers. It appeared as if everyone was just waiting for a bell to ring that would start a prize fight or something equal to that.

I quickly looked around to see if there was already some sign of struggle. I could see an elderly woman standing behind the bed clutching her Bible. She had tears in her eyes and looked terrified. I felt so bad for her. This was the patient's Mom and he had hit her with her Bible. He had also hit his sister with a flying shoe. She was standing by Mom angry and asking us to get him out of the house. I knew it was that time when all that testosterone was going to spring into action if the patient refused to come with us quietly.

Now, just so you know, I have only ever been 4' 11" and at that time I weighed 110lbs. I was assuming that all of these men were going to tell me to stand back so they could wrestle this tall, thin nut cake out of the house. I then realized where I was and who I was dealing with. " Michael?" The patient sat up and looked at me. He jumped up off the bed and came running toward me. " Miss Teresa!!! You here for me?" I had taken care of Michael on several times before. We never had any fuss and he always listened to me. There we suddenly a new smell in town and it's name was Estrogen! That's right. 4'11" of estrogen was here.

I told Michael that he had left some of his belongings at the hospital and would he be willing to come with me to go get them. The smile on his face was huge. " Course I'll go with you. Can we get a soda on the way to the hospital?" I always let him get a soda with no caffeine and usually a candy bar.

The six officers and my partner who had all been geared up for a prize fight all had their jaws hitting the floor. The testosterone was gone replaced by an even stronger smell of Estrogen and a bit of, " hah,, in your face!"

I asked Michael if he had hit MaMa. He said he had. I told him that he had to apologize to MaMa and his sister before we left. Michael was very contrite. He told MaMa that he was very, very sorry for hitting her with the Bible. He went to kiss Mom but she was still looking very shaken. She also looked a little startled that her 6'4" son was following my directions to the letter. I said, " Michael, MaMa isn't ready to let you kiss her goodbye right now, you should be very ashamed of yourself. " " I am Miss Teresa. I'm sorry MaMa." I then took him by his hand. We walked past all seven of the big men with their combat gear on and got into the ambulance.

My partner was so amazed that I had just tamed the beast , so to speak, that he didn't have words. I asked him to stop at the Bodaga by the Hospital . We got Mike his soda and candy and took him into the Emergency room without incident. He was happy as a clam with a pearl inside.

My partner was telling that story for the rest of our shift. " You should have seen her. She just walked in and told this huge guy what to do and he did it. I couldn't believe it. We were all ready to fight this guy and she just walks in and starts talking to him like an old friend.'

Michael was just a patient who knew me and trusted me because I had always been kind to him. Estrogen is a very powerful cologne. It has served me well most of my life.

I have to admit that I laughed my ass off about this with the rest of the women on shift with us. I told them all that testosterone was strong in the the but it was deflated like a pin in an balloon with just a small bit of estrogen.

Hello, I'm a former EMT. i leaned a lot about myself. I've retired and writing is my second act, it's always been a passion. I didn't know if I could make it but I'm doing it! Join me in my fantasy.

Receive stories by Teresa Wegrzyn in your feed
Teresa Wegrzyn
Read next: How To Find The Best Credit Rate For Your Mortgage