by Paige Graffunder 12 days ago in humanity

Re-entering the Workforce After a COVID Layoff 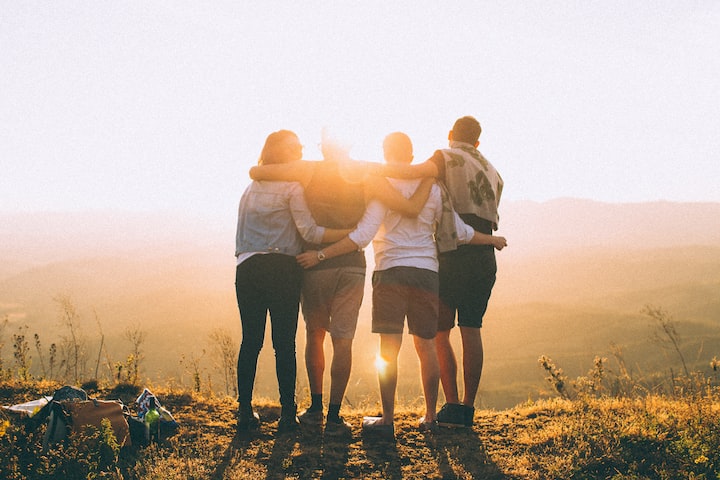 I got laid off from the best job I had had to date in May of this year. To say it was a crushing blow is an understatement. I had never had a job like that, where everyone in the office got along for the most part and helped each other. The team I worked on became close like family, and we all still keep in touch even though most of us also got laid off. I never thought that I would find another job where I would make connections like that. And while I actively looked for jobs for the duration of my unemployment the future of almost every company that I applied for was unsteady. As a result of that, I was being asked to do a monumental amount of work for minimum wage. They wanted 10 years of experience for minimum wage. They wanted the earth and the moon and probably Mars too, for minimum wage. I turned down more jobs in those few months than I ever have in my whole life.

I know my value as an employee better than probably most people. I also do a lot of research and know the kind of wage that I can command for the tasks being asked of me. I am also good at negotiating my pay, thanks to the Seattle affiliate NPR station's (KUOW) Podcast, Battle Tactics For Your Sexist Workplace. So I collected my unemployment, and I applied for work diligently. Interviewing, and protesting, and doing the most I could to do some good on this planet. I did a lot of writing and finished my book. And through all of that, I had interview after interview with a company that I really wanted to work for.

I have a total of 8 interviews with my current job, speaking to every member of management, plus some of the people that I would be working directly with. The interview process was in-depth and intense, and I really wanted the job, but also through all those conversations pay was never discussed. I never brought it up. At my in-person interview, which lasted for four hours, it was finally brought up as an afterthought, an aside at the end of the conversation. I had done my research on the company, paid for a consumer report, I knew what their latest posted financials were. I asked for what I wanted for the job and set an expectation that as the role grew so would my monetary expectation. The manager didn't balk, he just nodded, and agreed, and said that was fine.

Two weeks and two more phone interviews with other people occurred, I sent follow up emails and did my due diligence. Then finally I got the offer letter. I got everything I asked for, and even a little bit extra. I got the job I had wanted most of all the interviews I had done. This perseverance in the search for this job cost me much. My unemployment didn't come close to what I had been making, and once the CARES Act boost ended, things got harder. But with this job, I am now back into easy breathing. Not everyone can hold out as I did. Some people would have had to take those horrible exploitative wages, and I realize how lucky I am to have been able to hold out for this job.

So, now I have this job, now what? Transitioning back into a work-a-day life after months and months of sleeping when I wanted to, eating when I wanted to, and not wearing pants, was not easy. However, after my first day, I was so glad that I had waited. I really have not had a job like this before. My new job is a strange combination of scientists, and accountants, admins, and lab techs. In my last job everyone more or less had the same job title, working towards the same goal, to get people jobs. This place, while there is one unified goal to deliver our products to the people who need them, each department has to have it's own goals too. The results are a ragtag band of people who don't know how to talk to each other but like each other all the same.

The most common sound I hear all day is uproarious laughter. This job is stressful, and fast pace, high visibility, but it is far better suited to me than my last job, even though I loved it. In my last role, I had to dress a certain way, act a certain way, speak a certain way. I couldn't really be myself as there were constantly eyes on me. Here I still dress professionally, but I take my shoes off and rarely put them back on unless I am going into the lab. Here I decorated my office to suit me, and no one said anything other than that they liked it. Here I was able to implement change and processes almost instantaneously with very little red tape. Here I was able to relieve pressure while listening to audiobooks.

I will always miss my last job, but this job is the future I want for myself. I returned to the workforce, and survived the adjustment period. I feel better than I have since the beginning of the year. I trust the people here to keep each other safe from COVID, and I trust the company to do the right thing in the event of a case. I have more trust in my current company than I ever have had in a company I have worked for before.

Paige is an administrative and HR professional in Seattle, as well as a contributor to several local publications around the city, focused on interpersonal interactions, poetry, and social commentary.