Over the past few months, your medical and public health advisors have been tracking reported cases of an unknown respiratory illness at hospitals,mostly in heavily populated areas.

by Viona Aminda 5 months ago in business
Report Story

They have reached out to the Centers for Disease Control in the U.S. and the World Health Organization to help diagnose the cases. 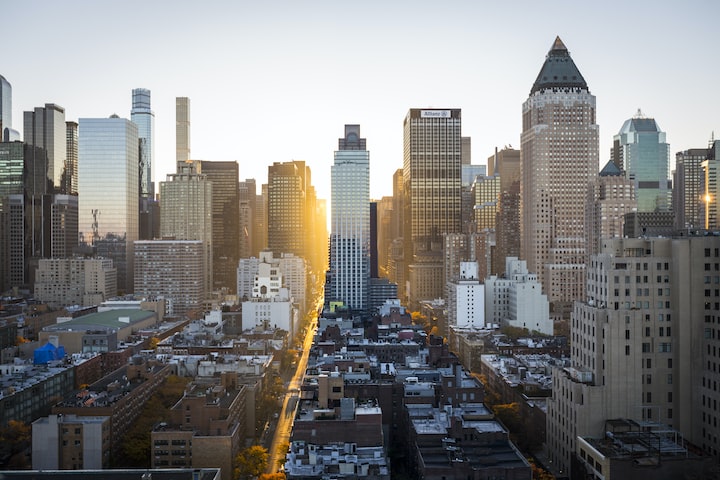 Photo by ben o'bro on Unsplash

As of today, they report with confidence that there have been at least 50 confirmed cases, with up to a 120 more candidates. Twenty people have died so far.

This hypothetical is taken from the health sector, but the decision-making approaches we will use to analyze it can be applied to a wide range of decisions across all sectors.

While this example is hypothetical, it is not unrealistic.  Health pandemics are a serious concern in today's globalized world, for government agencies at every level.

This situation provides an opportunity to examine and learn about systematic approaches to policy decisions, including learning from past pandemic situations. For example, national and regional governments developed responses to the 2009 H1N1 pandemic. A map produced by the World Health Organization on this pandemic is shown below.

See the Further Resources in Module at the end of the unit for more examples of pandemic policy responses.

To learn more about the 2009 global pandemic, explore the optional information below.

This Science Insider column has an early day-by-day sequence of the swine flu events in 2009, tracing the record of infection in March 2009 in Mexico City through the next 3 months of key events around the globe. As the disease appeared in Mexico and North America in the first two months, the Mexican regional and national public health authorities responded with a series of emergency policies to contain the epidemic. The chronological sequence also notes the use of the WHO pandemic alert system and cites some reports that criticize WHO and some of the national policy responses to the pandemic threat.

China and US: Responses Compared

The Council on Foreign Relations: Comparing the H1N1 Crisis and Responses in the United States and China. Yanzhong Huang, NTS Working Paper No. 1, November 2010.

This Council on Foreign Relations article compares the differing Chinese and U.S. responses to the H1N1 crisis. The U.S. pursued a mitigation approach; rather than focusing efforts on containing the spread of the virus, energy was directed to strengthening surge capacity to best treat existing cases and diminish virus spread, as was recommended by the WHO. On the other hand, China focused on a containment approach, treating the H1N1 pandemic with the same protocol that would be used for much more severe diseases such as the plague or cholera. These differing approaches can be partially attributed to Chinese political incentives, which after the previous SARS outbreak led policymakers to act in such a way as to maximize the appearance of legitimacy and visible concern for public health.

This article assesses lessons learned from the Mexican response to the crisis. At the recommendation of the WHO, Mexico developed a National Pandemic Influenza Preparedness and Response Plan in 2003 in anticipation of such a crisis. Within five days of the first H1N1 death, all levels of the Mexican State, with the active support of the President, fully engaged with the response. The success of the Mexican response stemmed from the Preparedness and Response plan, a high level of coordination among Councils, transparent communication with the public, and the solidarity of international organizations and foreign governments. Operational difficulties encountered in implementing the Response plan, such as lack of uniform data collection, will be solved and incorporated into future plans.

Australia acted rapidly after April 25, 2009, when the World Health Organization declared H1N1 a "public health emergency of international concern." The national coordination of efforts and use of a national pandemic plan were again key aspects of the response, with the response particularly focused in this case on vulnerable groups such as children under 5 and indigenous populations. The public messaging regarding the pandemic used the phases "Delay," "Contain," and "Protect," to educate the public on appropriate personal actions to reduce the impact of the virus.

H1N1 after action review: learning from the unexpected, the success and the fear. David P. Fidler. Future Microbiology, September 2009.

Finally, this high-level, ex-post perspective reflects on global lessons learned from the H1N1 pandemic. The unexpected swine origins of the virus, combined with memories of the extremely deadly 1918-1919 influenza pandemic, caused a global expectation that the virus would result in more severe mortality than it ultimately did. In addition, the WHO pandemic-alert system at that time did not take into account the severity of the virus, but only its geographical spread, leading the organization to classify the virus as a pandemic despite the opinion of many governments and public health officials that its severity did not constitute a true pandemic. Though the crisis was not as severe as imagined, it did unveil serious weaknesses in many countries' response capabilities, and highlighted the impossibility of geographically containing a highly transmissible influenza virus, both of which have implications for future pandemics.

More stories from Viona Aminda and writers in Journal and other communities.