How to Create Strong Female Characters for Your Novel 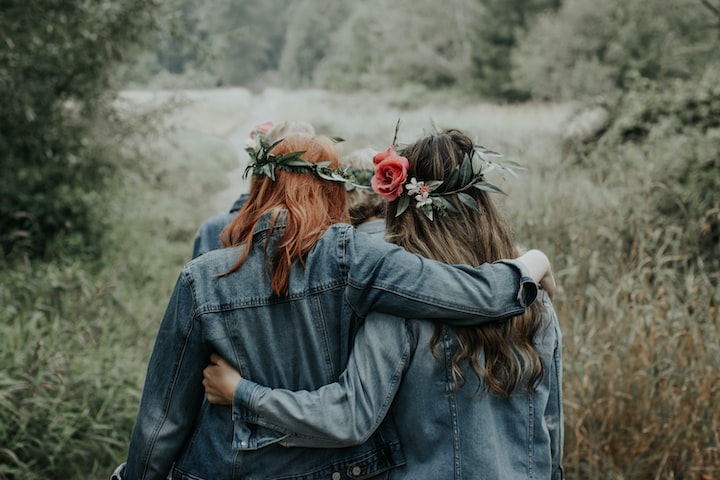 With the help of feminism (NOT the anti-men kind) and people supporting the equality act, women now have more equal rights than ever before, and are also perceived as strong, intelligent individuals.

However, it can be extremely difficult for writers to create female characters who appear to be strong human beings, especially for new writers who have never created a character before, so this article will provide 6 amazing tips on how YOU can create strong female characters who are realistic, relatable and representative.

No matter what genre you’re writing, you need to give your female characters a goal to accomplish by the end of the novel, otherwise they will appear flat and directionless, and your readers may even question the point of them.

Plus, having a goal that your female character strives to achieve shows ambition and independence, but it takes a certain level of motivation and strength to actually achieve it, so your audience will only respect and applaud your female character when they overcome each obstacle to reach their objective.

Here’s a possible example for a romance novel:

Perhaps your female protagonist is training to become a qualified doctor, but suddenly meets the person of her dreams – you may be tempted to have them drop everything to pursue the relationship, but what about her desire to become a fully-trained doctor? You don’t want your readers to question your character, so you need to make sure that they accomplish their individual goal despite the distractions along the way.

2. GIVE THEM AN ABILITY

If you want to create a strong female character who readers can relate to, you must give them at least one or two abilities that helps them to achieve their ultimate goal. Otherwise, your audience may question how on earth they could possibly reach their objective without the necessary skills or strengths, which could then make your character appear unrealistic.

For example, if you are writing a science fiction, maybe one female character is the only one who can decipher alien languages, and the other female character specialises in extra-terrestrial DNA.

Or…if you’re writing a mystery novel, perhaps your female detective is the only one in the team who has the ability to think logically, like Sherlock Holmes.

A great example of this would be Gwen Cooper from Torchwood – her compassion, selflessness and patience often saves the team from many dangerous situations that they may not have survived on their own. For instance, the other members of the team are quick to shoot aliens on sight or lock them up, but Gwen takes the time to show compassion and talk to them, so they are less likely to lash out and kill.

3. IT'S NOT ALL ABOUT BEAUTY

Too many writers only focus on a female character’s appearance when describing them – does the beautifully curled locks or piercing blue eyes ring any bells? However, what about the rest? Their personality, their attitude, their actions and their desires?

Yes, it helps to have a visual image of what the characters look like, but beauty is not the only thing going for your female character. Indeed, they may turn heads when they enter a room or give their love interest intense butterflies, but if you only focus on their hair, eyes and figure when writing, your female character will soon appear flat and unnecessary to your readers, and you really don’t want that!

Many writers often rely on their female character’s physical appearance because they just don’t know them well enough yet, so… if you read back through your work and find that you’re only describing their physical attributes, it’s probably best that you fill out a character profile sheet, or journal from their perspective.

Strong doesn’t mean emotionless, so unless your female characters struggle to express their emotions, you need to allow them to let it all out. You may think that showing emotions is counterproductive, but if your characters suppress their emotions all the time and act 'tough' just to show strength, they will only look fake and display the opposite.

So, have a think about how real women react to different situations and implement those reactions into your fictional world. For example, do they blush with embarrassment when messing up in front of their crush? Do they punch walls if things go wrong? Do they cry when losing someone?

If you have no idea where to start with your female characters, you could consider how YOU respond to different situations and emotions, and then compare them to your friends and family. It may even help to write your findings into a notebook or a spreadsheet so you can refer back to them later.

Despite your female character’s strengths and abilities, you need to give them something they struggle with every day, or a weakness that delays them, if you want them to appear realistic to your readers. Their difficulties don’t have to completely stop them from achieving their goal, but they will appear much stronger if they struggle like hell to reach their objective.

Well, if two women had £100,000 - one of which received it by doing nothing, but the other worked their backside off for it, who would you respect, admire, and root for the most?

Most readers will definitely applaud the character who had worked hard for that money, so the harder your female characters struggle, the more invested your audience will be in the story.

A great example of this would be Annabeth Chase from the Percy Jackson book series. She had immense intelligence and logic that often saved the day, but because she had never experienced the real world outside Camp Half-Blood, her training could only get her so far.

So, think about the last book you read, or even a recent TV show or film you watched - what struggles did the female characters face before they finally reached their goal?

6. MAKE THEM FIGHT BACK

Whether your female protagonist is getting bullied at school, threatened by an enemy, or attacked by a ferocious beast, you need to make them stand their ground if it's in their personality to do so. You don’t need to jump on the clichéd bandwagon and create a fearless female with short hair and a leather jacket to make them fight back, you just need to give them self-respect and a brain. One of the worst things to read about is the protagonist always getting saved by the other characters - it makes them appear unneeded and useless – so always make sure that your female characters can fight their own battles and save their own skin.

However, the act of “fighting back” doesn’t always mean physical fighting - they may have the intelligence to outsmart the villain, or you may have created a situation where it’s more logical for the female character to ignore, walk away and seek revenge later in the story.

Either way, think back to your favourite female characters on the page or screen and think about the different ways they stand up for themselves.

A good example is the iconic scene in Harry Potter and the Prisoner of Azkaban when Hermione Granger punches Draco Malfoy for taunting her. Hermione is far from a physical fighter, but she stood up for herself and fought back against a bully.

You may have already written half of your manuscript, but if you feel that your female characters never fight back, think about all the times you have put them in danger. Then consider how they could stand up for themselves without help from the other characters.

So, there are your 6 tips for creating a strong female character for your novel. I really hope you found this guide useful, and I wish you luck on your writing journey! 😊

Oh! I almost forgot…when you need an affordable editor for your manuscript, please get in touch with me (Chelsea) at Stand Corrected Editing and I’ll be more than happy to give it a thorough spring clean!

And don’t forget to check out my links below:

Hey! I'm Chelsea and I'm the book editor and proofreader at Stand Corrected Editing, my editorial business in the UK. If you would like to have your manuscript thoroughly edited by myself, please get in touch!

With my book editing and proofreading services, I hope to spread my knowledge and expertise on how to make your novel a success, and be a mentor to others who desperately want to pursue a fruitful career as an author!

CHECK OUT MY BOOK EDITING AND PROOFREADING SERVICES HERE!