How To Become C Developer

by PERFECT GAMING 2 months ago in career
Report Story 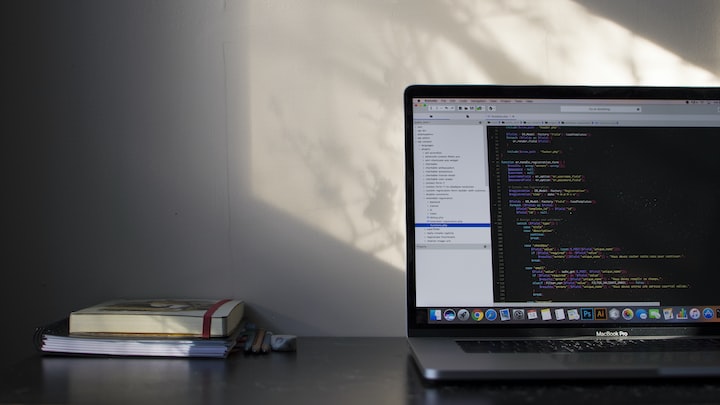 Photo by Emile Perron on Unsplash

Becoming a C developer can be daunting, but with the right resources and instruction, you can easily become a proficient programmer. This comprehensive guide will teach you everything you need to know about this complex language, from the basics of syntax and structure to more advanced topics such as object-oriented programming and networking. By the end of this guide, you will have the skills and knowledge needed to become a successful C developer.

Introduction: What is a C developer?

A C developer is someone who specializes in the C programming language. This language is used for a wide spectrum of applications, from small embedded systems to large commercial systems. A C developer typically has a strong understanding of the underlying hardware and software systems, as well as the principles of software design. In addition to their knowledge of the C language, a C developer should be competent in at least one other high-level programming language.

What are the skills and experience needed to become a C developer?

Becoming a C developer is not as easy as some people think. In fact, one must have strong programming skills and also have experience working with UNIX-based systems. While there are many universities that offer courses on C development, it is important to note that not all colleges offer the same curriculum. In order to find the right program for you, it is important to do your research and speak with a few C developers who can give you their honest opinion. After all, becoming a successful C developer takes hard work and dedication.

There are many paths to becoming a C developer, and each has its own advantages and disadvantages.

Some people opt to go to college and study computer science, while others learn the ropes by taking an apprenticeship. And still, others learn through self-study. Here is a look at each option:

College: College is always an option for those who want to pursue a career in programming. However, this route can be expensive, and not all colleges have programs in C development. Moreover, you need good math skills to succeed in computer science courses, so don't expect to become a C developer without taking some classes in math as well. Apprenticeship: Apprenticeship is another great way to learn about programming. Many companies offer programs where they will teach you the basics of coding while you work on real projects.

The C programming language: its features and how to use them.

C is a powerful programming language that has a wide range of features. It is versatile and can be used for various purposes, such as system programming, application development, and network programming. In this article, we will discuss some of the key features of C and how to use them.

C is a general-purpose programming language that was developed at AT&T Bell Laboratories in the early 1970s. It is one of the most widely used languages in the world and is also considered to be a standard language by the IEEE Standards Association. C has been implemented in many different platforms and can be utilized to create software for both personal computers and embedded systems.

C is an imperative language which means that it operates on commands or instructions. These commands are typically written on one line with no spaces between them.

Tips for developing with C: code organization, debugging, and testing.

When developing software, it is often helpful to have a code organization and debugging plan in place. This can help to streamline the development process and catch errors early on. Additionally, testing can be helpful in verifying that the software behaves as intended. Here are some tips for developing with C code organization, debugging, and testing:

Planning for code organization: A well-organized code base will make it easier to find specific elements of the program. When beginning a project, consider creating folders based on functionality or component type. This will help to keep related files together and make it easier to search for information. Additionally, try to use standard coding conventions so that other developers working on the project will be able to understand your code more easily.

Debugging: In order to debug a program, you must first understand how it works.

In conclusion, becoming a C developer takes time and effort, but with the help of this complete guide, you'll be on your way to becoming a seasoned expert in no time. Be sure to continue studying and practicing so that you can maintain your skills and grow as a coder. Finally, don't be afraid to ask for help from your peers or mentors—they can be invaluable resources in your journey to becoming a C developer.

More stories from PERFECT GAMING and writers in Journal and other communities.