How to be a Dancer

by Amethyst Champagne about a year ago in list
Report Story 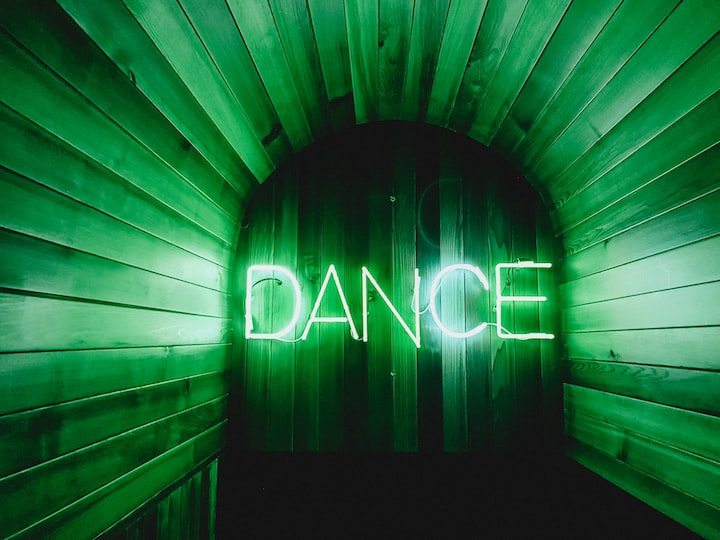 Step 1: Show Up to Class

You feel nervous as you go to your first class. You haven't been to a dance class since you were little, or danced much, and now it's your P.E requirement for school.

It feels awkward walking into the smallish studio with a bunch of people who have years of experience. You are positive you will embarrass yourself somehow.

Your body movements are choppy and the moves feel damn weird as you go against what your muscles are accustomed to, making you look like a robot, but not in the cool way.

However, there are other students like you, so you don't feel so out of place. Plus, you catch the beat of the music, timing your moves better than some of your peers, adding some confidence.

As the weeks pass by, it becomes easier to do and less uncomfortable to watch. Your muscles both ache and loosen up. You don't feel so out of place with your classmates anymore.

It's beginning to get fun.

Step 4: Create Your Own Choreography.

Every November, your dance studio has the students make up their own dances, either in groups of by themselves. they then teach each other and the instructor.

You're not a big fan to this idea. You don't like public speaking of any kind and are still a beginner dancer.

Luckily, you pair up with kids who are comfortable talking to a small crowd and/or have at least a few years of experience. They come up with most of the moves and by the end of the month, the combo turns out pretty cool.

The other groups in your class present their small combos. The teacher strings them together, making a cohesive dance routine. She adds her moves in, dancing that routine for the next month.

Step 5: Learn What Your Class Will Be.

All of the studio's performances have a theme and each class has a specific section. Yours, of course, isn't all that memorable and you'll only get to perform one night because you're in a level two hip hop class.

Your teacher starts teaching the class the performance routine in January, slowly adding new material each week. Some of the moves prove difficult at first, but practice makes it easier.

After being measured a while back, you are elated when you see the box of clothes by the stereo and speakers. But when you take off the plastic, you're a bit disappointed. Your outfit is at least one size too big for you, a black tank top and olive green pants.

Many of the other classes got either cool or pretty costumes, and you have neither, making you jealous. You don't anything to the teacher though.

As your performance draws near, the studio has all the performing classes take photos in costume and makeup. Your class goes over the routine as they wait for their turn.

When your group goes, several groups photos are taken, but you end up having two personal pictures along with the group photo because that's what your mom ordered.

Right before the performance, the studio run through the whole thing, having classes do their dances at least once on stage to help them adjust with the extra space and how to place props, if any are needed.

And it is a lot more space than in the studios. You're amazed how how much farther you can move without kicking or smacking someone in the face by accident.

At the end of June, the whole studio performs at Mt. Baker Theatre. your first time is mostly waiting in the back room, since your performance is at the end.

You're both bored from waiting and overstimulated from the younger kids' noise for most of it. You do the best you can to cope.

When the lady calls the class name, you feel nervous going backstage. No one wants to mess up in front of a whole theatre filled with people, your parents included.

As the music plays, you allow muscle memory to take over. You begin relaxing. You start having fun, adding flair into your moves. It helps you can't see anyone's faces.

When you exit the stage, you feel amazing, heart racing and mouth dry. It's something you haven't experienced much before, other people telling your class what a great job they did.

Then at the end, everyone comes back onto stage to give those final bows that all performers do, your parents proud of you when they see you again.

You continue afterwards, realizing how fulfilling dance is for you and before long, you've been dancing for five years and are writing about your first year of dance.

Thanks for reading my story based on real events! Always love sharing with you guys, so if you enjoyed it, please show your love:)