by David Wyld 26 days ago in career
Report Story

There’s been a rapid increase in the number of jobs with words like “Senior” or “Director” in the job title. Here’s a look at how getting an inflated job title can actually harm you down the road. 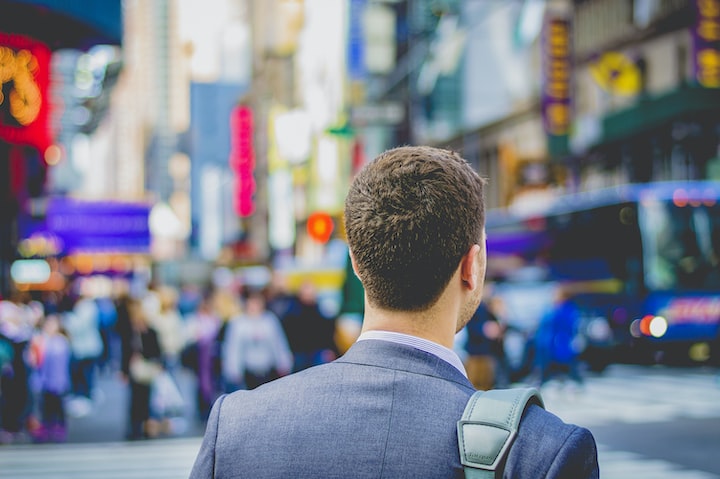 Photo by Saulo Mohana on Unsplash

As a strategic management professor and consultant, I try not to rely too heavily on my own stories from a 30-plus year career (yes, that does tell you, dear reader, that I am of “a certain age”). However, a recent news story really struck a chord with me, as it was on point with my own experience.

Well over a decade ago, I was a “hot commodity,” having published a major report on the use of reverse auctions (think of it as eBay working in reverse, where prices are bid competitively down, rather than up) in public sector procurement to help make government contracting more competitive and save taxpayers money. I was hired to be an ongoing consultant with a firm that was working to implement this concept in the federal government (and yes, there are some people in Washington looking to make your tax dollars go further when it comes to all the “stuff” that federal agencies have to buy to operate). The thing was is that I was in no way anything like a senior or great expert on what was happening in the hundreds of billions of dollars that the federal government spends each and every year on “stuff” - from bombs to rental cars - toilet paper. I was “hot” because I was one of the few folks in the country who could speak with some degree of knowledge about how reverse auctions could actually work in government.

Now, when I began working with the company, one of the top executives and I were sitting in his office in suburban Virginia trying to figure out what title I should have with them. Now after a few phone conversations and an hour meeting in person, he and I were about the same age and seemed to have the same kind of outlook on many things, including our senses of humor. So, as we were kicking around various titles for my role, we happened upon an idea from cable TV. This was about the time that Jon Stewart and “The Daily Show” were at their apex in terms of popularity and influence, and as we were kicking around various job titles, he remarked about how every “correspondent” (actually a comedian, of course) for The Daily Show happened to be the show’s senior _______ correspondent, with the blank to fill in being whatever the topic of the story might be. And so he took that idea and said, with a bit of tongue and cheek, that henceforth I would be the company’s “Senior Public Procurement Advisor.” And I filled that role for a number of years for the company, with he and I being the only ones who knew where that title sprang from.

Fast forward to the present, where employers are not just having to inflate wages to compete for workers in today’s incredibly competitive employment market, but add more and more "highfalutin" job titles as well! Bloomberg recently ran an article by Alex Tanzi entitled “Big-Sounding Job Titles Are Feeding Egos in Tight Labor Market,” outlining how “the tight U.S. labor market isn’t just boosting wages, it’s also bidding up job descriptions.” In this article, we’ll take a look at this trend, and how while it might seem like an innocuous - and free - “thing” that management can do to make employees feel better (and maybe hire on or stay with a company), inflated job titles can, in point of fact, negatively impact your career.

When You’re “Senior” Without Earning It

There was one glaring data point that stands out from the Bloomberg piece. LinkUp, a global job-market data and analytics firm, recently analyzed LinkedIn job listings from just before the pandemic in 2020 to the present day (Spring 2022). What they found was that there has been a veritable explosion of the use of what we in the academic trade in the South might characterize - correctly - as nothing less than “highfalutin” job titles over just the past two years - from 3.9% to 6.2% of all job listings on LinkedIn! In fact, jobs with “Senior” in the job titles rose by 60% from early 2020 though the Spring of 2022. Likewise, jobs that included the word “Director” in the job title have seen a similar increase.

So, this should be 100% good news for you, right? You get hired or promoted to be a “Director” of this, that or the other or a “Senior” analyst, advisor, engineer, technician, programmer, etc. of this, that or the other. Having a job title that at least infers that you have advanced to a higher level of importance, status, and responsibility should make you more valuable to your present employer and more marketable to future employers as well, right?

Well, the experts say no. In fact, the impact on your career of holding a position where your job title might be just a little inflated - or maybe a lot inflated - beyond what you really do - or are even capable of doing - can be a “net negative” on your career! How so? Well, from the perspective of ​​Shawn Cole, president of Cowen Partners, a nationwide executive search firm, the impact both on individuals and on companies can be quite negative. He observed in the Bloomberg piece that: “Once you accept an inflated title at your company, it’s hard to go back. Recruiters will scrutinize your experience and future employers will question your legitimacy.” This can cause a very real mismatch between the needs of the individual and those of hiring companies, as such inflated job titles may make it hard for the matchmaking process to “work” effectively. When a company goes to hire a Vice President of Marketing, someone who has held exactly that title or been an Assistant or Associate VP of Marketing would be clearly a “good” candidate for this kind of position. However, when you start dealing with the proliferation of “Senior” and “Director” job candidates, it can be difficult both for prospective employers - and prospective employees - to know just how their present role really correlates to that found in another company. The Bloomberg article states that this phenomenon is particularly severe in the area of law firms, as many firms are more than willing to promote young lawyers to be “Associate Partners” or even “Partners,” but in truth, they are not really full partners with the ability to share in the profits of the firm and fully participate in the decision making process. In short, as Andy Challenger, a Senior Vice President for the executive outplacement firm, Challenger, Gray & Christmas, put it bluntly:

“If you don’t have the responsibilities that you would normally associate with the title, it can be a problem for employees… (and) some job seekers may face an ego hit when they try to change jobs after being given a grand-sounding title.”

So what does all of this mean for both those in charge of companies and for those who might aspire - and welcome - being an employee who is a “Senior,” a “Director,” or a “Partner?” Speaking as a management expert, I can safely say that being “cute” with job titles is one of the oldest tricks in the management playbook. This Is both because it can be a legitimate way to influence the corporate culture, while also being basically a “free” tool in the management toolbox to make use of.

Countless firms today have followed the lead of Walmart and other "best of" companies and taken to calling their rank-and-file employees “associates,” “team members,” or “partners.” Now, in many companies, that fits, matching the ethos, the vibe, the company culture that one experiences working there. However, in many others, employees speaking to one another in quiet corners, in break rooms, in parking lots, etc., away from any member of management’s earshot, often express their disdain for such lofty labels that don’t match how the company really treats and values (or doesn’t value) its employees.

And the same can be said when it comes to people being promoted to positions - or at least occupying retitled positions - where their job title is obviously inflated beyond what the job really entails. This trend, this fad may ultimately fade, but for now, the issue of inflated job titles is a very real phenomenon that all of us in business, both from the hiring and from the job hunting side of the employment equation, should be cognizant of going forward. We must recognize that inflated job titles can be, in the long term, something that works both against the interests of employees and companies alike. While giving someone a great sounding title may match our societal expectations for ego boosting (yes, it can perhaps be tied to our “everybody gets a trophy” culture), such inflated job titles can have very real, very impactful consequences. Such impacts may not perhaps seem immediate for workers, who might take an immense amount of pride at the time in being a “Senior” or a “Director,” but down the road, they can find that job title a very real hindrance when it comes to looking to make a change in their careers. They can find themselves harmed by having a present job title that sounds more important than what their position truly is, setting them up for disappointment either in their ability to find another like position or to be hindered by having a present position on their resume that makes potential employers assume that the person could not possibly be interested in taking a “lesser” position with their firm!

So here’s to hoping that we can, collectively, stop bestowing these “highfalutin” job titles, where everyone seems to be a “Senior” this or a “Director” of that. While it might be a “feel good” (and free) move for management everywhere to make, in the end, these inflated job titles end up harming those who have them far more in tangible ways than any intrinsic motivation that comes from having such a title that is bigger than what the position truly is! So please, just stop it! Stop making more “Seniors” and “Directors” right now! By taking a stand in your company, maybe you can take that first step to restore some sanity to job titles, a step that will make them more honest, and yes, more valuable, in an era where seemingly everywhere there are too many people holding highfalutin job titles.