Do You Need a Pseudonym to Boost Your Book Sales?

by Stand Corrected Editing 2 years ago in literature
Report Story 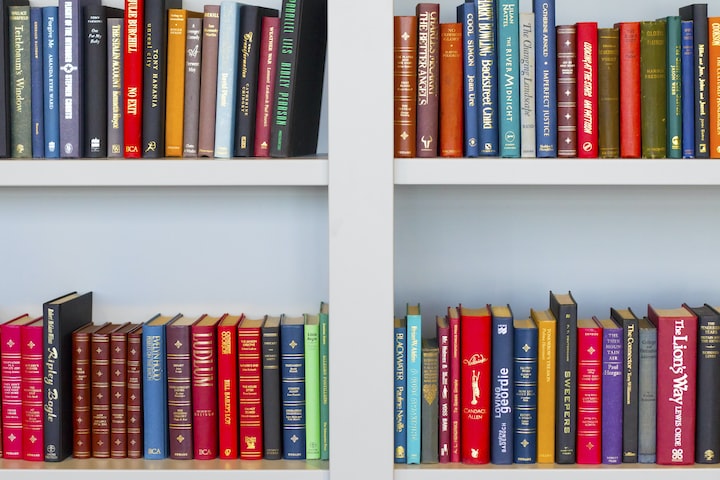 As an avid reader, a passionate writer and a professional copy editor, I have always explored different genres and styles written by all kinds of authors. However, in the publishing world, authors are often advised to use their initials or to create a pseudonym to grow their audience and increase their book sales. Why? Because apparently, some readers can be picky when it comes to an author’s sex. For example, J. K. Rowling was advised against using her full name, Joanne Rowling, when publishing Harry Potter and the Philosopher’s Stone due to the assumption that boys would not read books written by female authors. In recent years, Rowling has used the pseudonym, Robert Galbraith, to separate her crime books from her general fiction, but why has she used a male name? Perhaps to avoid being judged for being a female author? Nora Roberts has also done the same thing – she goes by the name of J. D. Robb for her crime novels, which doesn’t reveal her sex or who she is.

With all this in mind, I asked the #WritingCommunity on Twitter if they are happy to read novels written by authors of the opposite sex. I wanted to discover whether there’s a gender bias among them, why they may use pseudonyms, and whether they believe it is still necessary to use them.

This may seem like a pointless question, and slightly controversial, but do you read books written by the opposite sex?

Many authors use initials or pseudonyms to prevent a bias, so I wondered if doing that was still necessary?

Above is the question I asked the #WritingCommunity on Twitter. I wasn't expecting any more than at least five answers, but I received 352 responses from all over the world. As a result, I knew instantly that this was an important topic to discuss, especially in the progressive society we live in today.

As pseudonyms are now associated with young boys being fussy about books written by women, I was surprised that all of the men who responded to my tweet stated that they gladly read books written by both men and women. Some men said that they actually prefer female authors.

One man responded beautifully, saying, "Of course I do. Gender doesn't define art. The balance between masculinity and femininity is the universal art form, one cannot exist without the other." I loved this tweet so much I retweeted it.

Another man said, "Until you brought this up, I never thought about it. Rather, I look for a good book and have read dozens of books by females."

These are just a couple of tweets from over a hundred saying the same thing, but the question still stands: is it necessary to use a pseudonym to avoid bias?

Well, among the men who responded to my tweet, several told me that they feel the need to use pseudonyms when writing genres such as romance and erotica, or when writing female characters. When I asked them why they feel this way, they said that many women have made them believe that they shouldn’t be writing in these areas. Many male authors revealed that their books have been bashed simply for writing female characters or writing about women's issues.

I found these comments interesting due to the hypocrisy around male and female authors. For so long, we’ve been told that young boys may not automatically go for a book written by a woman, but my mini-investigation suggests that some women can be biased. But what about the female authors who have written from a male perspective, or have written about male issues? No one really bats an eyelid in these instances, unless I’m looking in the wrong places!

The majority of women who responded to my tweet told me that they have always read a mixture of books written by both sexes. Their love for stories has not depended on the author’s sex; it has all come down to the cover and the blurb.

For example, one woman said, "I don't judge a book by the author's gender. I read books based on descriptions and covers."

Another woman said, "Half the time I don't take notice of who wrote whatever I'm reading, so yeah, gender doesn't really enter the equation. Nor does race, country of origin, or anything else. Good writing is good writing, regardless of its source."

Many other women gave similar answers to my tweet with the majority stating that they rarely register the author’s name until they have finished reading. The only time the author’s sex is relevant is when they are seeking a particular author, whose work they have enjoyed before.

Furthermore, some women told me they willingly read books by both men and women. However, others admitted that they usually read work written by women due to their preferred genres, such as romance, erotica, or work that focuses on women's issues. From their experiences, it has been difficult to find these types of books written by men, unless they have used a female pen name to disguise their real identity, which I will discuss later in this article. From this information, I concluded that these individuals do not have a bias when it comes to the author’s sex, so it’s not essential for authors to adopt pseudonym in this instance.

On the contrary, some women had interesting views on reading books written by the opposite sex. For example, one woman told me that she generally reads books written by anyone, but she does consciously pay attention to how male authors represent their female characters. Several others agreed, stating that they are often sceptical when reading a book by a male author that includes female characters and female representation. They continued to discuss the unrealistic portrayal of women, from their appearance to their personality, abilities and purpose.

In my experience with books by male authors, I have not faced this problem, so I was quite surprised to see a man’s description of a woman’s boobs bouncing and her long legs wobbling around the thighs. I can understand that some women may be put off by certain genres written by men if they keep finding degrading descriptions like the one above, but it’s important to remember that not all male authors are ignorant to realism and accurate representation. The vast majority of male authors DO write their female characters well and represent them in a realistic light.

However, one woman was not afraid to admit that she actively avoids books written by men unless they are essential to a literary movement that interests her. Many others and I questioned her on her choice, and she told us that trying to read Kafka on the Shore by Haruki Murakami the previous year put her off reading future literature written by men.

I investigated into this bias further as I wanted to understand why one author made her go cold turkey. Her main issue with Murakami’s book was the paedophilic incest throughout, the terrible female representation, and the gross fetishes that dominated the story. These issues make sense, and it’s absolutely fine to dislike a book for whatever reason, but I find it a little extreme to completely reject half the population’s writing ability based on one novel. I can’t help but feel that if a man decided to reject every book female author, everyone would consider them sexist.

As said before, there has been a lot of stigma around boys reading books by female authors, but from my mini-investigation from one corner of the world, it seems that there is even more prejudice against men writing specific genres and topics.

So, do you need a pseudonym to boost your book sales? Well, it depends. From my findings, men who write romance and erotica and tell their stories from female perspectives may find it beneficial to create a pen name to avoid judgement, which is a real shame. However, unlike the initial assumption that women will succeed more with a pen name, female authors seem to be widely accepted by adult readers. And after all, young boys turn into men.

Stand Corrected Editing is a literary consultancy in the UK that provides editorial services for writers who dream of attracting a literary agent or self-publishing. If you're a writer who wants to increase your chances of landing a book deal and growing your audience, you've come to the right place!

Feel free to check out the exciting packages that could help you on your way to success!

Alternatively, enrol on this amazing editing course that is guaranteed to instantly help you impress literary agents AND increase your book sales with extraordinary results! If you are interested, click this link and you can get started straight away: https://standcorrectedediting.thinkific.com/courses/become-a-pro-at-copy-editing