How to Write Realistic Characters with Autism Spectrum Disorder! 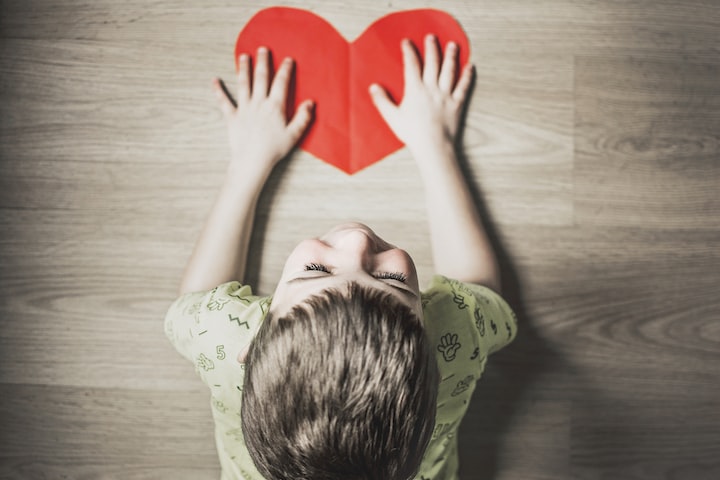 Photo by Anna Kolosyuk on Unsplash

Have you read any fictional novels that include characters with Autism Spectrum Disorder?

Do you know of any books that have characters with Autism Spectrum Disorder?

Can you list any fictional characters on the spectrum from any books you have read?

I think I know the answers to these questions:

- You haven't, unless you've sought them out specifically

I can't force you to read or write books that have characters with ASD in them, but this amazing community deserves more positive recognition within the fictional world. Maybe then, people on the spectrum wouldn't feel so alone and more neurotypical people would understand them a little better.

With this in mind, I aim to give you some ideas of how to create lovable, relatable and realistic characters who are on the autism spectrum while also leaving you with a myriad of questions to think about when doing so.

Some of the traits, actions, behaviours and coping mechanisms I proceed to discuss may not resonate with you or relate to someone you know, and that's because everyone with autism is affected differently.

There may also be things in this article that you deem stereotypical, so I apologise in advance if any offence is caused. My goal is to try and give people a wider understanding of the autism community and how best to give them a realistic voice in more books and literature.

Whether stereotype or truth, many people with Autism Spectrum Disorder speak and communicate differently to neurotypical people. Some may be extra talkative, some may only feel comfortable conversing with the ones they're familiar with, and others may not talk at all. Some may have more of an informal vocabulary, some may repeat certain things and others may struggle with pitch and tone.

When creating your characters with autism, try and keep the following questions in mind:

- Are they more socially reserved?

- What's their tone like? Does it fluctuate or are they quite monotone?

- Is their processing speed slower than their friends? Do they struggle to get the words out sometimes? Do they need a little extra time to find the right words?

- Are they sometimes mistaken as being rude when they're just a little blunter than others?

Some people on the spectrum may carry themselves differently to neurotypical people, in their attitude, posture or body language, but it's important to get this right when creating, writing and describing your characters to make them believable. Quite often, people with ASD are portrayed to rock back and forth when stressed, and while this can be a common coping mechanism, it's not the only thing that should be associated with the community.

Have a think about what effect ASD has on the individual's everyday life and the people connected to them, for example, their family, their friends or their colleagues. Perhaps begin by thinking about the simple things like school for younger characters or shopping trips and social gatherings for older characters. How do they feel in these situations? What sounds do they hear? What smells are they faced with? What foods can they eat? What foods can't they eat? What have they planned for their journey? What routes do they take? How do they carry themselves when doing different activities?

Have a think about the following questions:

- Are they relaxed when they move, or can they be quite rigid? Do they repeat certain actions?

- Do they give other people eye contact? Do they avoid eye contact with only those they don't know?

- What are their facial expressions like? Can they be blank a lot of the time or do their display their emotions easily?

- Do they carry fidget toys (cubes, spinners, squishies) around with them to help keep the anxiety at bay?

- Do they need certain aids (music, audio books, podcasts) to help them cope when outside of their home? Do they wear ear defenders when out and about to avoid sensory overload?

A small percentage of autistic people have an ability exceeding most other people which can be apparent in many topics, whether it's being skilful at music, arithmetic, technology, being extra talented at art or being able to name a day with speed and accuracy when given a calendar date. This may be a stereotype of ASD, but it is not as widespread as it is commonly considered.

When you're creating your characters who are part of the autism community, you need to think about this one with care. Is your character a 'savant' or are they one of the ones who are not? If they are - how? What can they do? How does it impact them and how does their ability help them succeed? If not - what else are they good at? How can you display their abilities in other ways? How can you make them the hero of your story?

Let's think of it another way - an autistic person who loves something is "obsessed", but a neurotypical person who loves something is "passionate", but what's the difference? You wouldn't put someone down for being passionate, would you? If anything, you'd encourage it, so someone's "obsessions" should be embraced and added to the personalities of your characters, should they have them.

If you are going to give your characters passions, what will they be? Do they adore a TV show so much they collect everything associated with it? Do they love a certain animal so much they learn everything about it? Do they keep these passions to themselves or do they talk about them at every opportunity? Do they have tattoos that express their adoration? Do they write books or blog about the things they love? Do they discuss their passions on a podcast? Do they attend societies or groups where other people share the same interests?

I can't speak for all people on the spectrum, but some can have a very different sense of humour to neurotypical people. Some individuals with ASD, for example, may take banter literally, possibly feeling insulted as a result; others may not understand a comedian's jokes or puns when they're on stage; and many others may find it tricky to fathom what is sarcasm and what isn't.

These struggles don't mean that people on the spectrum have no sense of humour, they just find different things funny. Have a think about the following questions when creating your characters who are on the spectrum:

- What is your character's humour like? Dry? Physical? Dark?

- What really makes them cackle?

- Do they have a favourite comedian or is comedy not their thing?

- Do they understand other people's jokes easily or do they have to be explained sometimes?

- Do they struggle with sarcasm and banter due to taking things literally?

Throughout the Coronavirus Crisis, my sympathy has really gone out to people with ASD due to the certainty, routine and structure that has been taken away by the never-ending lockdown. No one knew anything at the beginning of lockdown and even now, no one really knows how long we'll all be in this state of limbo for.

Since March 2020, there has been an increase of fear and anxiety surrounding Coronavirus, but it's not just the global tragedies that cause these feelings of worry. Things that may seem small to neurotypical people, such as a bus being late, a misplaced item or a change of rules at work can cause chaos and panic for many people with ASD.

When writing your characters, think about whether they too need routine to function in life.

- Do they struggle without structure and routine? Do they have to plan things in advance to feel comfortable and safe?

- How do they keep a structured routine in life?

- How do they react if their routine is disrupted? Do they have meltdowns? If so, what do they do during a meltdown?

- How do they react when something messes with their expectations?

Like many people in the world, people with ASD struggle with anxiety for a number of different reasons, but having anxiety can be extra difficult to deal with for people on the spectrum. This doesn't undermine neurotypical people who also struggle with anxiety, it's just that people with ASD may not know how to process and therefore deal with theirs as easily as someone who is not on the spectrum.

If your characters battle with anxiety, it may be helpful to think about what triggers it, if anything, and how they react to it physically and mentally.

- Are there external factors that contribute to their anxiety? Uncertainty? Crowds? Loud noises? Social events?

- Do they feel anxious all the time, or does it come and go depending on the situation?

- Can their anxiety lead to anxiety attacks?

- How do they feel when they are anxious?

- What do they do when they feel anxious?

- How do they manage their anxiety? Do they keep a diary? Do they take medication? Are they in the process of learning how to manage it?

Despite all the areas that writers and authors should focus on when writing characters with ASD, it's important to display them as human beings while doing so. This may sound obvious, but when representing a community of people who may be completely different to you, it needs to be done right. Although they may have different traits, actions, behaviours and coping mechanisms, they still deserve to be presented realistically and be accepted by your other characters and the people around them.