A testimony to the growth God can do when you let Him work in you. 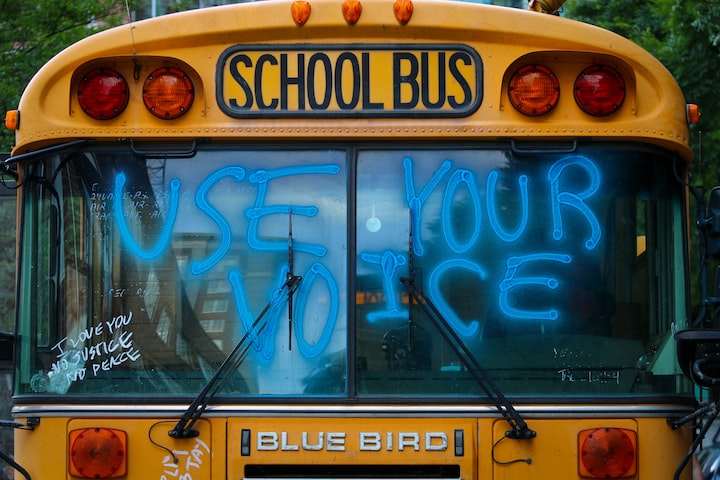 Photo by Stephen Harlan on Unsplash

Sometimes a voice wants to find itself without looking in the mirror. I was like that once. I felt like my voice had been stolen from me– a few times, in fact– because I refused to look at it in the mirror or acknowledge its semi-tragic existence. Around me there were other voices and I shopped around a bit. Peering through the handprint-plastered windows, I tried to adopt the voices I saw around me because I refused to look at how broken mine was.

Maybe the most tragic part was my own ignoring it. I felt like no one else heard me when I didn’t want to hear myself first. I didn’t want to hear my own cries of helplessness as I was assaulted… or the drunken yelling and crying that signaled the avoidance of bigger issues… or the sobs of a teenager with a blade grazing her wrist just enough to break her fair skin because she was miserable in her first relationship but felt pressured and even obligated to stay… or the embarrassment of a high school freshman that was just trying to explain to her ‘friends’ that she’d lost her virginity (but didn’t get to the part where she’d actually told him she changed her mind but he proceeded anyway) before one of them yelled down the hallway “you lost your virginity?!?!”… or the infuriated screams of a little girl whose brother once chose drugs over family and now does the same with his job and his depression no matter how hard he seems to fight it… or the desperate, unanswered pleas of a girl who begged God to let Abuelita stay alive at least long enough that we would make the drive to the hospital and get to say one last goodbye in person… or the grief of that same little girl with the image of the way Abuelita had looked at her the last time she saw her alive three years before— as if she knew it would be the last– as she caught the first glimpse of her so still in the open cascet, wearing makeup she would have fought anyone to get off… or the humiliation of that girl as she tried to mind her own business on the bus and write out how she felt to cope, but some kid had to rip her notebook out of her hands and mockingly read it aloud for the whole bus, making sure to point out “it’s that journal about your dead grandma!”…

The world didn’t hear me because I didn’t want to hear myself or know myself. I wanted to normalize that pain without talking about it, so I sought out some of those experiences time and time again. I wasn’t letting my testimony work in me or speak to me, so how could it ever help or speak to others? The simple answer: it couldn’t– not until I let it.

I’m realizing that that’s not my voice anymore though. It was. And though it’s not my voice anymore, there’s a lot for me to learn from the fact that it was now that I’ve let it go to speak in the way the Lord wants it to. The fact that He has given me a new voice when I trusted Him with my heart— that He has used that former voice of mine to build me up— there isn’t a day that goes by that won’t blow my mind. There isn’t a day that goes by that I don’t want to use my new voice to tell the world about the hope, wholeness, and love He’s given me.

Maybe the greatest part is the tragedy for the simple fact of how it’s been used— how good God is. I know that I’m heard, even when people don’t hear me or I don’t hear myself. I’m ok with hearing my own cries, hopelessness, screams, humiliation… all of it. I’m ok with it because I know that’s not me or my identity. Sure, I’m still an assault survivor, I’m still someone that’s experienced loss, I’m still someone who’s been bullied in some of the worst ways, but before any of that I am a child of God. I’m not what happened to me, and that’s no longer my voice. I’m a child of God, and my voice is His as He wills it to be.

Psychology and English Writing double major at Kean U

Leaving my old writing up to go back sometimes and see how God's changed me to be better.

More stories from Bianca Wargo and writers in Journal and other communities.