Wife through thick and thin

In this world, some couples are the same as the road 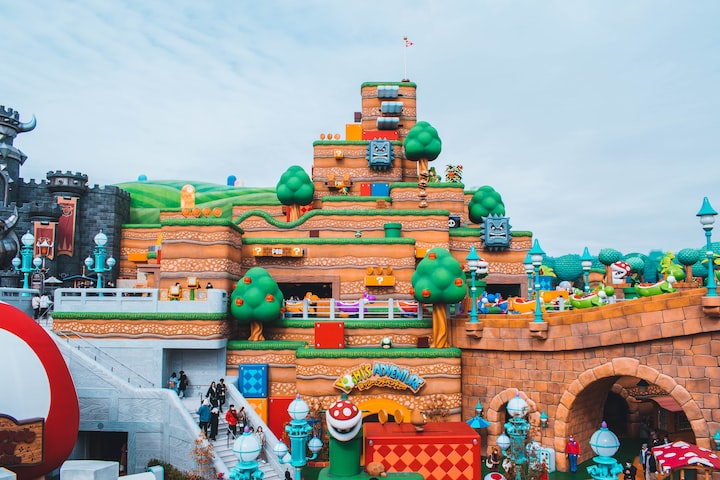 Photo by Roméo A. on Unsplash

In this world, some couples are the same as the road, walking and going their own way. Some couples can only share the sweetness but not the bitterness, love, and affection when they are prosperous, when they are poor and sad, they go their separate ways. But our husband and wife, whether in good times or struggling in adversity, have been loving, and never leave each other.

Of course, the main thing is that my wife is virtuous. To be honest, in my life, thanks to a good wife, without my wife's love for me would not have me today.

My wife is my distant cousin, her father I call her second uncle. We grew up together but never thought she would become my wife, I would become her husband. She did not study, I often went to her house to get vegetables when I was in elementary school. When I was in elementary school, I used to go to her house to get vegetables. At that time, she was very poor, not only had mange on her head but also suffered from "wind and fire eyes". Not only did one hand shave the head "snowflakes flying", blood and two eyes blurred, tears flying. However, every time I went to her house, she still enthusiastically prepared sauerkraut and hot and sour seeds for me. Every day, she had to go to the production team to earn work credits, and when she came back, she pushed the mill to prepare the next day's ration for the whole family. As far as I can remember, no one in the family seemed to like her or sigh for her.

After I was forced to stop school in the fifth grade, I rarely went to her house. After I left home on the second day of the first month of the New Year in 1970, it became even more difficult to see her. In the winter of 1970, my elder brother suddenly wrote me a letter asking me to go home and get engaged, saying that a girl named He was willing to marry me. But when I got home, I found out it was a scam. Of course, it was not my brother who lied to me, but the woman's parents who lied to me. They told Big Brother that they were willing to marry me, but when it came time to get engaged, they were reluctant. I was only seventeen at the time and was ambitious to go to college, so I didn't care about not getting engaged. Because my parents were gone, I went home and stayed at my cousin's house. My cousin is a year younger than me, but she is very strong. At that time I had a belly full of "small farmer" ideas, and I was determined to find a girl who could take care of the family to me, so I quietly said to my cousin: "How about you marry me in a few years?" Cousin's face reddened and smiled at me and said, "You are a cadre, I am a farmer, you can look at me?" I said, "A cadre has to have a family too, right?" My cousin said, "If you can see me, I will marry you." I said, "Think about it, you can't change your mind if you promise." My cousin said, "As long as you don't change your mind, I will never change my mind." I said, "I won't change my mind either, but I'm so poor that I have nothing." My cousin said, "I'm not afraid of you being poor, as long as you treat me well!"

I was so "private" with my cousin for life, and within a few days, I left again. After returning to the unit, I wrote a letter to my second uncle, indicating my attitude to marry my cousin. The second uncle received the letter but did not say anything, but the great uncle reluctantly. I was a cadre and my cousin was a farmer, and he was determined to marry my cousin to my great-uncle's nephew. The two old brothers argued over this matter, and finally, only let my cousin take a stand. My cousin is stubborn, and what she said to me in private was like a nail in the coffin. Although she didn't shake out what she said to me, she said, "I won't marry anyone except Yuan Pinyin!" When my uncle saw that my cousin wanted to marry me, he said, "Yuan Pingyin has nothing, you married him to drink the northwest wind?" Cousin said, "I only want him to be good, not anything else!" Great-uncle saw that cousin's iron heart, so they no longer say anything.

I was gone for three years, and I didn't see my cousin for three years. Three years later, in 1974, I went to university, and it was even more difficult to meet my cousin. But we did not break contact, and we wrote to each other almost once a month. My cousin could not read or write, so I wrote to my uncle to send my cousin a message of greeting. My cousin wrote to me by asking someone to write, usually in a few words. Before I went to college, she just told me to work hard. After I went to college, she told me to study hard. What love, love, miss you, these words of flesh and blood are not.

What I can't forget is the $8.40 she sent to me. She didn't spend the money, but she sent it to me in an envelope, which she had secretly saved from playing ramie and selling peaches. At that time, I didn't have to worry about eating in college, as the state gave me $15.50 per month for living expenses. But clothing and pocket money will have to rely on their financing. Because I had no parents and no family, so no one gave me money. When my cousin saw my pity, she sent me $8.40. I used the $8.40 to sew a new set of cheap clothes and was very happy for a few days.

After I graduated from college in August 1977, we got married in my hometown. Without a house, we lived under the roof of someone else's house. There is no furniture, and my wife's mother's family will be accompanied by a few hoes. No pots, pans, and bowls for meals, my mother-in-law gave us her 20 yuan of private money. There was no food, so we bought yams and radishes to eat with the production team. I was assigned to teach at a middle school far from home within a few days after we got married, and my wife ate radish slices without oil for six months. I saw that my wife was too poor, so I talked to the school and asked my wife to work as a cook in the school. At that time, the salary was low, forty-one dollars a month for me and thirty dollars a month for my wife. But her thirty dollars didn't belong to her, she had to pay twenty-four dollars a month to the production team for the labor day.

What I can't forget is our wedding night. What a wedding night it was, no one would believe it if I told you. That night, when we were about to go to sleep, the lightning and thunder suddenly struck, and the wind and rain made our "new house" cease to exist in an instant: at first, the newspaper glued to the bamboo fence wall was beaten by the wind and rain, and then the wind blew the bamboo fence wall away. Naturally, the bed and quilt were all drenched by the rain.

I stood with my wife in the dark in the wind and rain, I wanted to cry, I did not know what to do. Finally, it was my wife who spoke first. My wife stayed for a long time, suddenly hanging tears and stroking my shoulder and saying, "Don't be sad, when we have a house, life will be better!" I did not make a sound, but my heart was saying, "Alas, the house, how easy it is to talk!"

Alas, there are too many sorrows in the past, I really can't go into them all. In short, over the past few decades, my wife has followed me to eat all the hardships and suffer all the sins. I often think, that her love for me is too heavy, so heavy that I almost can not breathe. If it were someone else, she might have divorced me a hundred times.

I can't repay her, I just hope she can live a long and healthy life and grow old with me.