Why female characters in fiction are often disappointing.

by 𝙺𝚎𝚕𝚕𝚒𝚎 𝙳𝚘𝚞𝚐𝚑𝚎𝚛𝚝𝚢 ☾ 7 months ago in literature
Report Story 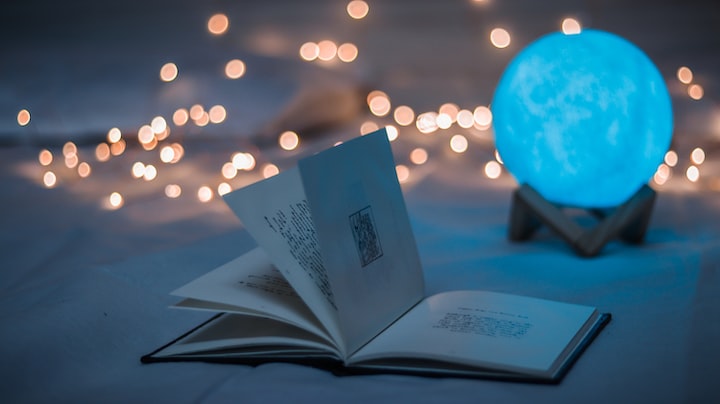 In the year 2022 I wouldn’t be surprised to find that most people would be confused to see the number of articles on the portrayals of women in fiction. If you’re a woman, I’m sure you already know where this article is heading, If you're a man..Well then maybe take notes?

My family is full of geeks, My dad is a film geek, My mom has more books than anything else and if you combine those then you get a movie freak who will compare all the mistakes the movie made and still I will read the book.

Now, You might say ‘Kellie? What does that have to do with anything?’

The answer is pretty simple, You have to consume a lot of fiction before you sit down and start making connections to the horrible portrayals of women. As a reader, You can tell when a woman is being described by a man because one of the first things they’ll mention is the woman's body.

-To put it simply we don’t need to know that a woman’s breasts move when she walks down the stairs, It's gravity, That's how it works- The only person who would find that a necessary detail to add is a man.

Does it further the storyline? No.

Is it at any point relevant? No.

Women in fiction are almost always written as practically a different breed, Honestly its a bit confusing. Why are there men going on google to ask what would be an ‘appropriate’ fighting style for a woman? As far as I can tell we all pretty much fight the same, Women really arent magical, mysterious, or different and unless we have six arms instead of two; We hold a sword exactly the same.

The unsaid rule here, Is that femininity holds some sort of line; As if the fact that you're a woman means the way you commit murder will likely be different than the way a man does- And we aren't talking a situational instance, We’re talking about the innate way a fictional woman would choose to create that act.

I’m not saying there aren’t feminine ways to be a killer, Studies show women are more likely to do the less messy killings because we’re always stuck with the clean-up, Meaning poisons or the Florence Nightingale oxygen in the bloodstream trick.

Being feminine isn’t a bad thing, However, when it's forced upon a character because it's expected? That actually is a problem.

What's worse is that depending on the media and the story is how this narrative can affect the younger generation. Even if it's a subconscious act, That same act will inevitably shape the people who will grow to run the rest of the world effectively recycling sexist themes.

You could argue with me now, You can tell me ‘Sexualization doesn’t happen in fiction aimed towards children’- And I could say ‘sureee’, While reciting reasons you’re wrong but I could also tell you that forcing feminization isn’t always a sexual thing.

How about the outdated idea that a women’s place is at home?

Clearly, that's not something that's still being discussed and forced down children's throats, Right?

Recently I came across a concept that I hadn’t ever actually thought about because it was such a subtle detail that it never crossed my mind. Why is it that every female protagonist who goes on an adventure is always dead set on coming home?

Alice Kingsley, From ‘Alice in Wonderland’ spends her life in the clouds looking for more exciting things. In the original animated film Alice even sings a song ‘World of my own’ where she describes wonderland- A place where she would be understood and happy. Not only does she find herself in the exact place she described but she spends the entire film crying and trying to get home...As if she hadn't just landed in the exact place of her dreams.

Dorothy Gale, From ‘Wizard of Oz’ is absolutely bored with her life in Kansas and just wants a place to belong, People who understand her- Not only does she get those things in Oz but the people there revere her as a hero, Yet she still spends the entire film trying to get home.

Wendy Darling from ‘Peter Pan’ spent her whole childhood wanting to meet Peter Pan and not only does she get to meet him, She gets to go to neverland where the lost boys are in need of a mother and Peter wants a queen- She dreamed of adventure, It was offered to her and she still goes back home.

There are so many more movies where there are similar examples and it honestly makes me want to pull my hair out because I don’t know a single girl or woman who would go on an adventure, Receive everything they dreamed about and still chose to go back to the life they had before.

Honestly, it's unrealistic, Not because they go on adventures to exotic lands but because a woman who is given a position of power with zero resentments would never return to a place where she was absolutely powerless unless they were given the option to change that.

Dorothy Gale was a teenager in the nineteen-thirties and she was given the option to stay in Oz where she could be a hero and stay revered with friends but instead chose to leave and go back home where she was seen as just an airhead.

Wendy Darling was in danger of losing her dog and getting kicked out of the nursery, This was long before the women's rights movement and she was just a powerless child getting consistently yelled at by her father- She had the option to be a queen and turned it down..For that?

All these storylines do is highlight how misinterpreted being a female is.

So many women made their mark on history by breaking these expected characteristics, Some of the greatest women in history are the opposite of your preconceived notions of femininity and for it to be repeated and recycled in an attempt to ‘hold the line’ is appalling.

More stories from 𝙺𝚎𝚕𝚕𝚒𝚎 𝙳𝚘𝚞𝚐𝚑𝚎𝚛𝚝𝚢 ☾ and writers in Humans and other communities.