When the Street Lights Come On

by Lyn Porter about a month ago in feature
Report Story

Growing up in a gentler world. 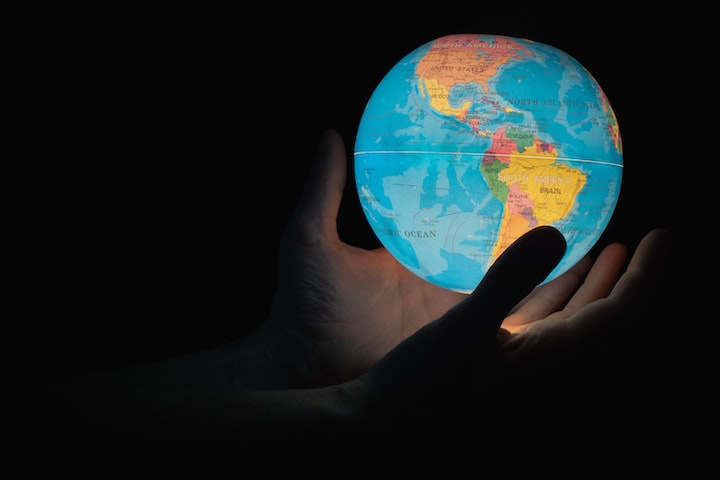 Does it seem as though the world has changed and is not as safe as it used to be? I know I ask myself this question on a regular basis. I remember my youth and the freedom we had to be kids. Kids who would play outside for hours and much of the time our parents did not know where we were. Yes, there were some guidelines. I had to check in and tell my parents whose yard we were planning on playing. After that, well, it was a bit of free rein life.

I would start out in the yard of the friend who I was supposed to be with. Then the whole gang might move on to another yard in the neighborhood or ride bikes to the park. It was expected that I would be somewhere at one of the allowable spots. I knew whose yards I could and could not go into. I knew that the park was allowed as well as the town library. It was even allowed that my crew and I grab our fishing poles and head to the river using our hard sought after night crawlers from the night before. We were free range children. We had a time we had to be home for dinner and if we were allowed out to play after dinner and chores we had to be home when the street lights came on.

Does this seem odd? In today's world I would agree. I have been a teacher for many years and I see a change in children. They still have a very strong need to play. There is so much learning that takes part when children play. They learn to share, problem solve, create and enforce game rules and so much more. I mention this because the world we live in now children are not often see playing together outside in the neighborhoods. Children are not free range any longer. They are micro managed. They are not allowed out of site of a trusted adult. The adults often problem solve for the children and this detracts from the children's ability to learn. When an adult is present the easy go to is to run to the adult when a problem arises and thus they never have to work through it on their own.

I see school aged children coming into the begining of their kindergarten year who have not learned to play in larger groups. Now, you might be saying to yourself, we have been in a global pandemic. Yes, that is true, however, this trend began before Covid 19 closed down the schools and the world. Why do I think this trend has begun?

We live in a society of mass media. Any time anything happens in the world that is negative, we are bombarded with the shock of the event. We live in a state of terror. Why would we let our children run free? We are scared for them. We keep our children under wraps. Play dates are scheduled and most often with just one or two other children. Children are connected to technology in ways we never considered when I was growing up. We barely had television let alone phones that were on us. We were tethered to the wall.

Media and technology has influenced how our children think and behave. If you observe a group of children together, they are not talking. They are communicating through their devices even though they are right next to each other. I have also observed that due to this media interaction the social graces have become obsolete. It is so easy to type unkind things without a thought as they never see the reaction immediately and many don't care about the after math. Children have a sense of anonimity when using devices. They believe that the media cannot be traced, thus they can do whatever they feel whether right or wrong. Video games have consequences as well. Young children who play violent games do not have a well enough developed frontal cortext to handle all the violence and it is often challenging for them to separate real from fantasy.

I have observed children interact on the playground at school and they rough house but it taken to a higher level. They do not understand why what they have done has hurt their friend and why they don't bounce back up like game characters do. When speaking with the child they frequently state they did not mean to hurt them. They did not know their friend would get hurt and they do not understand why it hurt their friend. The issue becomes that these ideas of fantasy that reality is very difficult to teach and reprogram. The children often repeat the same pattern of violence without meaning real harm.

Let us return to a gentler world. I played as a child in appropriate ways. I was not innundated with media. If things were going on in the world I was shielded from it. My parents watched the news. They understood the world situations but there was not immediate media within minutes of an event happening. They as were all of us removed from it because time had passed since the situation occured. Additionally, media did not show violence in the forefront of the story. As a child I learned through social connections and appropriate group play because as a society we were not afraid. I hope that the pedulum swings back to a world where we can shield our children and allow them to grow up learning through play in appropriate ways.

I am a Physical Education teacher of 30+ years. I am also an EMT. These two jobs keep me busy. My hobbies include writing and painting rocks. I also enjoy getting out on the golf course as much as possible during the warmer months.

More stories from Lyn Porter and writers in Humans and other communities.