Top 10 Movie Characters That Should Have Been Couples

Some characters wound up with the wrong one, some didn't work out, and others just missed their window.

We rooted, we cheered, we pleaded, but they still didn’t end up together. Welcome to MsMojo, and today we’re counting down our picks for the Top 10 Movie Characters That Should Have Been Couples.

For this list, we’re looking at big screen characters that had great chemistry, but who weren’t endgame. They might have even been a couple for a while and it just didn’t work out. Since we’re giving away the endings, there will be huge spoilers up next. Consider yourself warned.

It’s a story that’s been around for decades, but their relationship has never gotten past a few flirtatious words. Whether you look at their very first interactions in 1962 or the early 21st century installments, you can’t deny that there is sizzling chemistry between these two. Their witty repartee and sexual tension can carry a scene, and we’re always left wanting more. While Bond is certainly not known for relationships, Moneypenny does remain the one woman he sees with regularity, and we can’t help but wonder if they ever do spend time together outside of work shifts. It would be satisfying for a little something to happen between them in real life. Maybe just once? 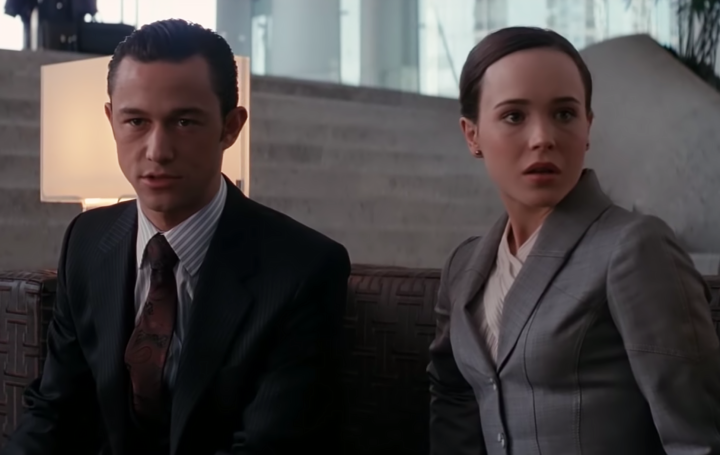 In this sci-fi thriller, these two spend a lot of time together as they carry out their mission. Their mutual attraction is subtly revealed in the scene where Arthur tells Ariadne to kiss him, lest they be discovered by the dreamer’s unconscious. It doesn’t make them any less detectable, which he knew would happen, but Ariadne doesn’t seem to mind. From then on, we can’t help but notice that they stay quite close together in various scenes, with Arthur usually the one to connect her to the PASIV device that links to someone’s subconscious. More than anything else, is their interactions that hints to their attraction and we can’t help hoping for a second kiss—but this time in the real world.

Whenever they see each other, they seem to be old friends. Mary appears to be used to Bert’s antics, while he isn’t at all surprised by her magic. While nothing happens between them romantically on-screen, there are quite a few hints that they could be harboring more than platonic feelings for each other. In the duet, “Jolly Holiday,” they essentially reveal how dear they are to each other and how they love to spend time together. To us, what it sounds is that they could make an adorable, quirky couple, not to mention great parents…

In the Avengers franchise, the movie that appears to encourage the idea of Steve Rogers and Natasha Romanoff getting together is Captain America: The Winter Soldier, considering how much Captain America and Black Widow work together. To avoid detection, they kiss on an escalator. While it isn’t earth shattering in its intensity, the moment does heighten the sexual tension and make us long for something more. Later, they talk about how difficult it can be to have a relationship with their lifestyle. They decide that it’s best for them to be friends, but that tiny spark is still there and we wish it would catch fire.

These two had great chemistry and worked flawlessly as a team despite the little amount of time they’d known each other. They bond by escaping the First Order and leaving a trail of destruction behind. Poe even gives Finn his name, a life-changing moment when all the stormtrooper’s only ever been known as is a number. Their collaboration is short-lived, however, when their vessel crash-lands into a desert, as they are separated and Poe is assumed dead. But when they meet again later on, they’re both shocked and relieved. Also, was Poe checking Finn out when he realized the former stormtrooper was wearing the X-wing fighter pilot’s jacket?

Knives is the classic school girl who loved Scott a lot. She tries hard to win him back when he breaks up with her to be with Ramona, even bordering on obsessive behavior, but this also shows how much effort she is willing to put into the relationship. But there’s not only that; they had good chemistry and flowed seamlessly together when playing Dance Dance Revolution. And since an alternate ending actually sees them ending up together, then this fantasy coupling isn’t really so far-fetched; they have shown they’re well-suited for each other, and they could make things work—if it hadn’t been for Ramona that is.

From the start, they’re close friends and hunting partners, and they understand each other very well. Considering the amount of kisses they share throughout the series of films, it’s quite possible that there were already more than platonic feelings between Katniss and Gale hiding beneath the surface. If Katniss hadn’t had to volunteer as tribute for the Hunger Games, their relationship could have possibly veered into a more romantic direction. They bring out each other’s strength and work well as a team. Katniss trusts him to take care of her family while she’s away, and this is a duty he takes to heart. All that aside, he calls her Catnip, and that's adorable.

Many were crushed that Harry and Hermione as a couple were officially off the table. It’s too bad because their love would be based on a deep-rooted friendship and mutual respect. Hermione chooses to stay with Harry in the darkest of times even when Ron, his best friend, leaves him due to jealousy. The dance Harry and Hermione share in the tent to comfort each other could’ve been a turning point, but in the end, it’s Hermione and Ron who pair up, as it was planned from the start of the series. However, even J.K. Rowling, the author of the books, did say that “in some ways Hermione and Harry are a better fit.”

They were meant to be enemies, but instead they found love. You would think that after defying the prejudices of their respective people, John and Pocahontas would get their happily ever after. Well, they don’t. How heartbreaking was the farewell scene? Because of a gun wound, their relationship is cut short as John is sent back to England to recover. Just when they were so close to reaching a social climate that would have perhaps permitted them to remain together. These two opened each other’s minds and made each other a better person, but all that they have left are memories… which is why we wish it ended another way!

Before we get to number one, here are a few honorable mentions:

It can come as quite a shock to realize that the feelings you have for your best friend have changed from platonic to something much deeper. And what can be worse than realizing those feelings just as he’s about to get married? Julianne puts everything she has into breaking Michael up from his fiancée and winning his heart, all the while digging herself into a hole. Though we have to admit that her underhandedness is an unattractive trait, she does convince us that their chemistry and understanding of one another would make a good foundation for their relationship, were it meant to be. And at least she doesn’t lose his friendship by the end.

Do you agree with our list? Who’s your favorite almost-couple? For more mind-blowing Top 10s published daily, be sure to subscribe to MsMojo.