by Kimmy Dexter about a year ago in fact or fiction 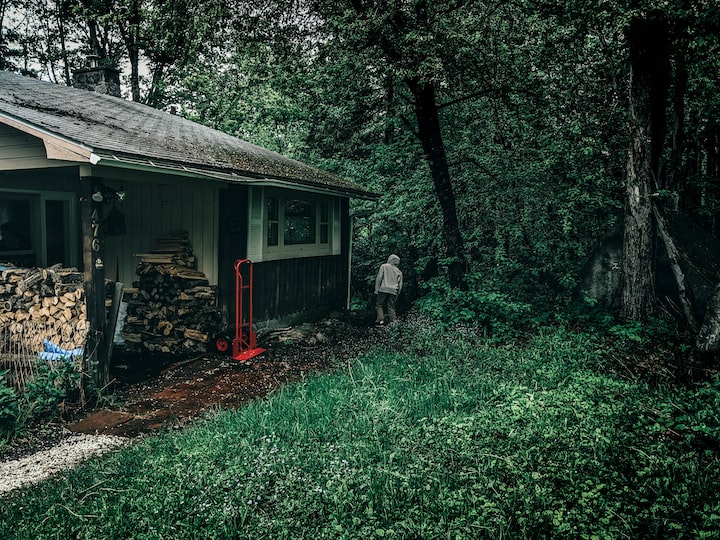 Photo by Ali Kazal on Unsplash

Kiera excused herself to the lady's room with a smile. Chandler took her out for their three month anniversary though she thought it was weird. She dressed in a black spaghetti strapped dress and did her makeup for the first time in a week.

She pushed the door open and walked in with a blonde right behind her. With no thought about it, she went into one of the stalls. When she was finished and came out of the stall she came face to face with the same woman. Did she know her from somewhere?

”Excuse me, are you dining with Phillip?”

Kiera moved around her to the skin and started to wash her hands. She didn't know any named Phillip.

”No, I am sorry you must have him mixed up with someone else. She thought the conversation was over, but it was from it.

The woman pulled a picture from her purse of Chandler and a beautiful dark-haired woman. They were both smiling like true lovers. Her heart raced at the same time her mind spun. What in the hell was going on?

”This man's name is Philip and he must have changed it to make it harder for us to track him down. He's a very dangerous person and you should stay away from him. You can't stay here much longer, but please take my number and call as soon as you're alone.” She held her hand out for her phone, which for some reason she handed it to the woman.

It was hard to walk on jelly legs, but she had to make it back to the table. It had to be some kind of prank or something or they wanted to hurt him for some reason. She took a deep breath and decided it was nothing, the woman was nuts. Chandler was easily angered but he calmed down just as quickly and sometimes she had to let him know, he wasn't controlling her life. She has a father who wouldn't put up that. They have been fine other than that, she knew it was safe with him and he wouldn't lie to her.

As she sat down at the table she found herself staring at him. He gave her a strange look and she smiled with a slight tilt of her head.

”Did you order for us while I was gone?” She asked because in the back of her head there was a seed of doubt now. She got caught looking at him and had to cover it quickly.

”Yes, we both got the salad to start with. I have the seafood platter and you have the steak dinner. You need to eat seafood because it makes you smarter.”

She hated anything to do with food from the sea, the smell, and texture. It wasn't doable for her without vomiting and feeling sick the rest of the night. Steak and potatoes were like being home with mom and her cooking the family meal.

”What took so long in the restroom?” Chandler picked up his wine glass and slowly took a sip. His eyes never left hers.

”There was some woman in there causing a scene. She was being loud and most of the women didn't want to come out of the stalls to deal with her. She dropped her purse and plopped on the floor to pick it up and that's when someone came out of one of the stalls and I quickly grabbed it.”

Damn, that was a good lie for on the spot and she hoped he believed her. He kept his eyes on her face, probably trying to figure out if that was true or not. There was no way for him to know that unless he asked everyone in the restaurant. He scanned the room with his eyes only, but she acted as if everything was normal. He was acting paranoid since she came back from the restroom.

He sat up close to the table and told her to move closer because he had something to say. She did as he instructed with a smile but inside it felt like an earthquake.

”I think we should move in together and if it works out for three months, we get married.”

That wasn't what she was expecting and didn't know how to answer him. She liked living on her own and thought it would be that way until she got married. Of course, he could stay the night whenever he wanted as long as he went home.

”Wow, where did that come from?” She giggled but saw he looked angry. ”I don't know about that and it has nothing to do with you. It's just I want to keep my own place until I get married. That's how I have grown up and it's hard to change now.” He snatched his hand from her and grabbed the wine glass and downed the rest.

He wouldn't look at her as he grabbed the bottle and poured himself a full glass this time. She sat back in her chair and took a sip from her own glass and looked around to see if anyone was watching them. Everyone was enjoying their meals with lively conversation while she felt awkward and wanted to get out of there.

The young waiter with hair that hung to his shoulder brought their food. He smiled and set the plates on the table and stopped halfway when Chandler snapped out, ”we will take this shit to go.”

Her face heated down to her neck from embarrassment, she knew she looked like a beet. The man moved as quickly as he could to take the food back and bag it up. She stared at the table as she waited to get out of there because she knew people were interested in what was going on at their table.

Once they were outside he threw the bag of food across the parking lot and balled up his fists. What the hell has gotten into him tonight? Small things set him off, but wanting to move on together came out of left field and she wasn't ready.

”Do you think I'm stupid? You don't want to move in together because of your supposed friend Tony. You want to sit there and lie to my face about everything tonight. This fucking game is getting old.”

She didn't know what he was talking about, she didn't play games with him and had always been honest up until tonight. He must know she lied about what happened in the bathroom. How?

”I don't know what you're talking about, Chandler. I am sorry that you got upset over me not wanting to move in together yet. Look at tonight and wonder why.”

She turned around and walked back towards the restaurant as she pulled her cell phone from her purse. He needed to go home and coll off alone for the night. Before she could say hello Chandler snatched her phone. He didn't hang up though.

”What in the hell do you think you're doing? You need to grow up and deal with shit. What the fuck is Tony going to do? He is not your man and needs to stay in the friend zone. Get in the car now, Kiera. Don't make me repeat it.”

She threw her hands in the air and continued inside, fuck the phone if he thought she needed it. He was wrong. The damn thing could be turned off then he wouldn't have her number anymore.

”What did…” She turned to see what caused him to stop speaking but didn't see anyone or anything. He stopped yelling at her and walked back towards his car. She stood there with wide eyes and her mouth to the ground. Tonight has been strange and she was done, Tony knew where they were having dinner and would show up to make sure she was okay.

See all posts by Kimmy Dexter →