The Sails of Sorrow

by Abigail Hult about a year ago in literature
Report Story

To Men Lost at Sea and the Widows They Leave Behind 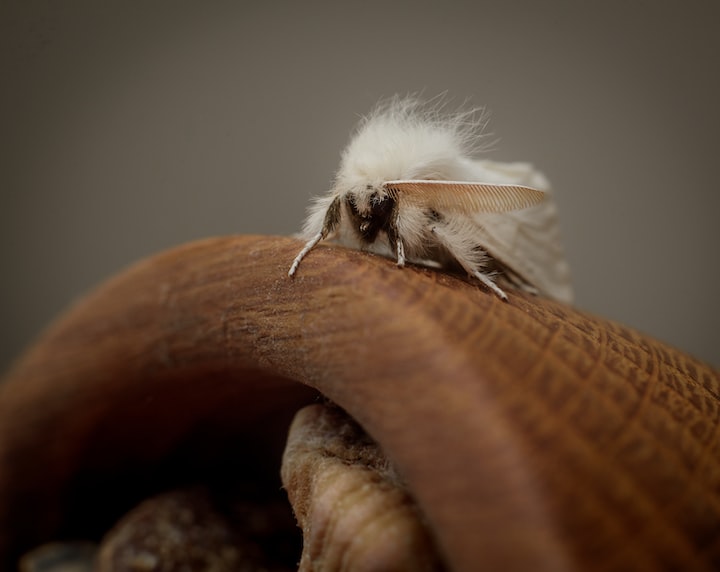 If I was honest with myself, the rage masked my sorrow. It kept it hidden and under control. I feared if I let go the sorrow would flood my senses, and then it would be real. My husband would truly be gone. So instead, anger became my constant companion because it was so much easier than sorrow.

His soft smile filled my vision as I remembered the day I hated most now, but one which I visited often.

“It will be alright my love. Do not worry.” He brushed the loose strands of hair from my face. His hands were callous to the touch, yet I treasured them so.

“But if I must?” I whispered back.

“Then pray.” He cupped my face and softly kissed me on the forehead. “I will be back for the fall harvest, so count the days.” He strode down to the ocean and the glorious boat that promised us a bright future full of children and laughter and old age. He could master the ocean, he must. His broad shoulders and strong gate meant he would make it through. I nodded my head once, quickly assuring myself with the motion. My brain convinced my heart too quickly that day. If only I had not listened to it.

Every morning after I had leapt out of bed and ran to the balcony to check, gripping the railing as I scoured the horizon for white sails. I strained until the brisk wind made my eyes water, then sigh, “Tomorrow is another day.” Next I would go put another tally on the wooden beam. “One more day closer.” I whispered to myself. Happily I went about my daily work, glad for a way to pass the time.

That hopeful version of me had died four months and thirteen days ago. I whirled around and marched back inside to press another ugly mark in the rough wooden beam which now told the story of my enduring anger.

My daily chores were more brutal now. Not even the warmth of the sun could sooth my callous heart. Every day I found myself becoming more and more careless. “Perhaps this day could be my last too,” was the thought that plagued my mind. “At least then I could stop fighting the ever threatening pain.”

I cast my eyes to the sky and the fiery setting sun, just as angry as me that another day had past. I thrust the hoe to the ground, leaving it where I was working. Then I hiked up my skirts and went inside to bathe.

The light was dim by the time I slipped into the hot water. My bath was the only luxury I could afford, so I stayed in until I could no longer bear the chill of the water. This night I allowed my limbs to go limp and let out a deep sigh. Closing my eyes, I embraced the pitch black they afforded me.

The feeling was short lived as a sudden tickling of my nose interrupted my bath. I brushed it away and opened my eyes to see a small white moth land on the windowsill. The moonlight caused her wings to glow as she slowly walked across the wood. “Sails on the water.” I whispered to the night.

My heart heaved in my chest and I gasped. The one thing I had so desperately wanted for months, a faraway boat on the horizon. Then the winged creature flew off. At first my anger rose for the little moth seemed to mock my deepest wish, but in my weakened state my heart took over. She was urging me to let go as her soft wings disappeared into the night.

The sound of the ocean waves from outside reached my ears and drew me in, calling me. I knew where I needed to be, what I needed to do. I slowly got dressed. My image in the mirror was so stark in the candlelight; black and white. One would think with all my work outside that my skin would not be so pale. Funny the things you notice on the precipice of emotion. I proceeded to the door, brushing my fingers against the marked beam along the way. I paused in the doorframe, then turned back and grabbed The Tale of Adventure. It was his favorite book, worn down by countless reading. I sighed deep enough to reach my very soul. It was time, and I was ready.

I trudged through the quiet village, with only a few gas lamps to light my way. The rising sound of the ocean guided my steps. I was walking through the soft sand, unsure of when I made the transition from the hard street cobblestones to the beach. The roar of the waves flooded my ears. Were it not for the sand between my toes I would have thought I was drowning.

For so long I had held on, but here at the ocean’s wake I wept. I cried for my lost love. I cried for my lost future. I cried for the hopelessness welling up inside. Burning hot tears mixed with the salty spray – the ocean wept with me. It mourned all the men lost at sea; all the memories she alone had witnessed; all the ships that she now kept locked away and safe. I felt her many years of pain and she felt my pain, adding it to her abundance of tears. My husband could not have a more beautiful resting place than the sea. I set the book he so loved on the shoreline and the ocean lapped at its surface. I watched it appear then disappear unable to look away. Eventually my gaze shifted to the far distance as the sun started to paint the sky with beams of pink and gold.

“Thank you.” I whispered to the sea, the friend who had spent all night by my side crying and comforting me, one lonely widow out of many.

More stories from Abigail Hult and writers in Humans and other communities.