The Overlooked and Important Functions of Solitude

by Michael Howkins 17 days ago in quotes 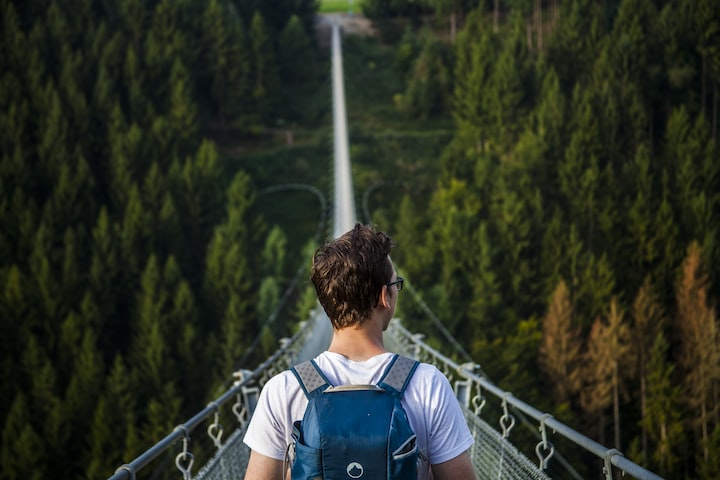 Photo by Jonathan Klok on Unsplash

“Whosoever is delighted in solitude, is either a wild beast or a god. He never is alone that is accompanied with noble thoughts.”-Aristotle

We’re all aware of the importance of relationships, the necessity of friends, and the myriad benefits of belonging to a community. It’s common knowledge that having a healthy social circle and maintaining long-term relationships are signs of emotional maturity. We hear it all the time: “Humans are tribal. We’re social beings.”

Conversely, we are all too familiar with the negative stereotypes surrounding those individuals who prefer their own company, the ones who rarely mix with the rest and appear to exist in a state of perpetual retreat. Words like “loner” or “weirdo” quickly come to mind. We frequently assume that there must be something wrong with those that appear to cut themselves off from the rest of the world; because they’re alone they must be lonely, depressed, or suffering.

Solitude and loneliness are not the same things.

What about those who are unwilling or unable to spend time their on own? Most of us seem to be constantly working and socializing, and when we are on our own we’re lost in distracting screens, updating feeds, and escapist memes. The ability to spend time by ourselves is becoming increasingly difficult and I believe the need for solitude and time spent in reflection is growing proportionally.

The idea that extroverted, social types are somehow superior and better adjusted than their counterparts is a view that is commonly expressed, reinforced, and encouraged in our society. And while it’s certainly true that we depend on each other for survival, and that having other people to lean on may facilitate an easier journey through life and can confer deep meaning, it is also true that an over-dependence on others and an underdeveloped capacity for solitude can not only impede personal growth, creativity, and intelligence, but ultimately it could prevent one from finding meaning and living a uniquely creative and spiritually fulfilling life.

In this three-part article, I am going to briefly highlight three important functions of solitude and how it relates to Creativity, Intelligence, and Authenticity.

The line between intelligence, creativity, and authenticity is fine and one could even argue that, at a certain level, they are aspects of the same thing. However, I have decided to focus on these three distinctions in order to accommodate the potential biases, propensities, and interests of the reader and to create a specific framework in which we can more readily explore the subject.

Part one: Solitude and Creativity

In his book Solitude, Anthony Storr defines the creative person as someone who is constantly bridging the gap between internal and external worlds. As a creative person, I feel this is inherently true. And I believe that we are all engaged in this never-ending process — whether or not we are involved in artistic pursuits— to varying degrees.

To be creative is to make sense of the outside world, to make order out of chaos, to imbue our lives with meaning.

But in order for us to achieve our creative potential, impress and thrust our own ideas and creations into the external world and make them real, we must first access the deeper aspects of our being; the place in which the primal creative force resides.

“ The creative person, in the inspirational phase of the creative furore, loses his past and his future and lives only in the moment. He is all there, totally immersed, fascinated and absorbed in the present, in the current situation, in the here-now, with the matter-in-hand…This ability to become ‘ lost in the present’ seems to be a sine qua non for creativeness of any kind”. -Maslow

Maslow goes on to say that the ability to become timeless, selfless, outside of space, of society, of history could be considered prerequisites of creativity.

If we are not getting beyond our familiar ego-self with it’s limitations and heavy identification with the past and the external world, our creative potential is thwarted by our preconditioned reactions to the outer environment.

The unconscious is the realm of creative potential. The more we spend time there, the more we can harness its limitless and creative force.

“Ideas are like fish. If you want to catch little fish, you can stay in the shallow water. But if you want to catch the big fish, you’ve got to go deeper. Down deep, the fish are more powerful and more pure. They’re huge and abstract. And they’re very beautiful.” -David Lynch

Three stages of the creative process

According to the social psychologist Graham Wallas, the creative process has three main stages:

The first stage is Preparation, This is where the individual develops a burgeoning interest in a subject, collects information, and becomes familiar or fascinated with the content.

The next stage is Incubation. Here the material simmers in the mind and is unconsciously scanned, compared, and juxtaposed with other mental content. It is organized and elaborated on.

This reordering process can take hours, weeks, and even years. There have been countless prolific artists and composers who would only be able to complete works they had begun years earlier when the inspiration finally came to them.

This brings us to the final stage, Illumination. This is comprised of new insights, realizations and solutions to problems. This is the moment of eureka! This is when we develop an all-embracing conception and are able to reconcile disparate and fragmented ideas.

There are two main requirements for this creative process: solitude and time. Although this is not always the case. There are some people that are able to maintain the feeling of aloneness, regardless of what is happening around them, and they are able to completely immerse themselves in whatever creative work they are doing.

But If we look at many of the most creative and innovative thinkers, artists, and inventors of our past, it quickly becomes apparent that solitude played a major role in the development of their inventions, compositions, and ideas.

“The mind is sharper and keener in seclusion and uninterrupted solitude. No big laboratory is needed in which to think. Originality thrives in seclusion free of outside influences beating upon us to cripple the creative mind. Be alone, that is the secret of invention; be alone, that is when ideas are born -Nicholas Tesla

Now I’m not saying that you should cancel your plans for the next several weeks, or that you’d be wise to lock yourself in your room until you’ve written an epic novel or figured how to orchestrate world-peace. There are many personality types, each with different inclinations and predispositions. But what I am suggesting is that time spent in solitude can have an incredibly positive impact on your creative capacity — especially if you’re one of many who rarely finds themselves alone.

Solitude doesn’t have to take the form of something extreme, like spending months in an isolated cabin in the woods. It can easily be incorporated into your daily or weekly routine.

A regular meditation practice and spending time in nature are two great ways to enjoy the solitary states of reflection, contemplation and observation.

“There is a pleasure in the pathless woods, There is a rapture on the lonely shore, There is society, where none intrudes, By the deep sea, and music in its roar: I love not man the less, but Nature more”

I am a writer and advocate for personal growth and spiritual development. My aim is to empower people through writing about my own experiences.

See all posts by Michael Howkins →