by Eli Johnston 9 months ago in literature 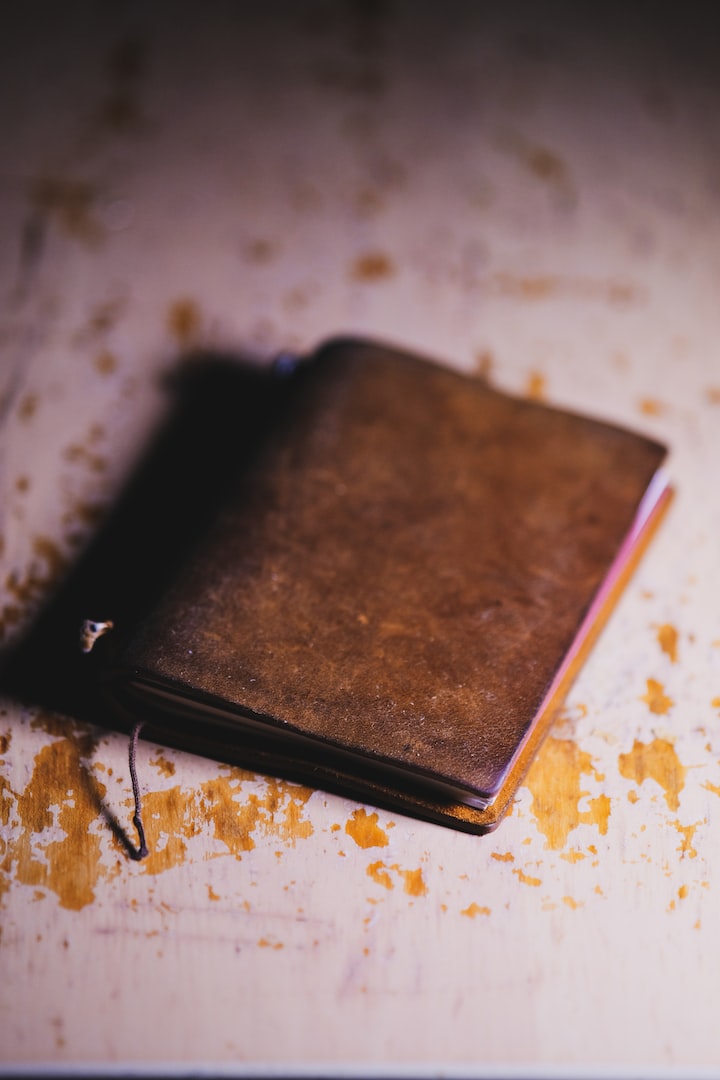 Photo by Lawrence Aritao on Unsplash

We heard the news on a Sunday.

‘So fitting', I had thought to myself dryly then, a little smile dancing wistfully across my face at a memory of you, dressed in your ill-fitting suit, sitting in your favoured spot, on the aisle at the front of the flock. Blue veined hands holding tightly to your hymn book, your voice always strongest, proudly loudest when your favourite part of the verse was being sung.

‘It was painless,’ they had said, and in which we’d taken much comfort in that night, all the while swiping away stubborn tears that continued to fall. Feeling my old friend ‘guilt’ creeping back in, almost clockwork style, steadily sitting, around the every 10-minute mark. The gnawing feeling washing over me, falsely believing there was always time, until well, until there just isn’t anymore. Glasses fogging over. Those later years of only fleeting visits and calls, citing excuses just to leave the phone swiftly. Life gets in the way. Swallowing over and over, I tried to get rid of the lump that continued to reside in the back of my throat. Sleep was my refuge that night.

We spent Monday on technology – and what felt like endless phone calls from family and your friends, officials who took over, plans being made, then scratched; then changed again to suit everyone else but you. The tears came back often.

I started writing this journal to you on Tuesday. A little brown leathered book. Perfect for you, I think. Alleviating my own guilt by pouring words onto paper also. It had been left in the drawer unused for a reason perhaps. Thoughts return to you singing in church while I write. I know you’re with me somehow.

We arrived at your place on Wednesday. Heavy hearts and sad faces await us on the porch. ‘The lawns really do need tending’ someone said... ‘oh, how he would love to see us all together again,’ my Aunt had mused out loud to no one in particular. A man in a charcoal suit, whom I didn’t recognize, stood in front of the fireplace with a black binder in his hands. Eye contact and a welcoming smile greeted us in our seats. The only one who seemed genuinely lighthearted, was this stranger in your house. Taking my place in your armchair by the bay window, the familiar scent of leather hit me... and fresh coffee beans. Someone offered me a cup from a blue tray, which I gratefully took.

‘Thank you to you all for coming today,’ the man in the suit began. He spoke of you in glowing terms, in your home, to your family and friends- all of which I thought ironic, given he was a stranger to us all. He was just doing his job of course, but my mind was beginning to wander. The uncomfortable truth was we had all been somewhat distant from you over the years, and yet, here we were now; without you, but because of you. I reached for my coffee cup again.

‘...and so, in accordance with Beauregard’s expressed wishes for his earthly possessions and effects to be divided and shared amongst his family,’ continued the man with the binder, ‘you are instructed to search for, and take home with you the bequeathed items listed here, using this as your guide’ he said, holding up a piece of paper taken from his binder. It was scrawled in your distinctive handwriting, an itemised list of belongings, with a room notation next to each item. I sat a little straighter in your chair, my mind suddenly sharper than it had been since the haze of last Sunday. ‘What was this? A treasure hunt? A game of Cluedo for grown-ups? With paradox amusement, I realised what pleasure you must have had in creating this, your command of all things riddles was infamous by family. I scanned the room to gauge reactions and was met with some baffled faces, wry smiles, and a few muttering to each other inaudibly.

The paper was passed around the room. I found my name, determined not to compare mine with other family members' chattels, and saw the words “bronze statue” in the sitting room. This room? Ruefully I thought, at least I didn’t have to search very far, feeling some unease about what was next.

The suited man moved toward an Uncle in the doorway to talk quietly. It was then that I saw it. On the mantel over the fireplace, and placed next to the gold domed clock that chimed every hour on the hour since 1982. Its wings were folded, standing tall, mounted to its large base, its large heart-shaped face overseeing the room. I stared at it. It was staring straight back at me. ...... ‘What is that Poppy?’ I recalled asking you in a hushed tone, visiting as a young child. Unnervingly I had felt its amber glass eyes were watching me as I moved around the room. I had forgotten about the exchange until today, and wondered why you would bequeath this, of all things, to me?

Moving slowly towards the mantle, I felt my husband’s hand on my shoulder as I reached to pick it up. .. ‘It’s my most prized possession in the whole world Athena,’ you had said then, bending down to meet my gaze. ‘May I introduce you to Bo, the Barn Owl,' your eyes twinkling with merriment, your words hanging in the air, before adding, 'Bo has been in our family for many, many years.'

It was in that moment, a little snippet of childhood memory intact, now viewed through the lens of an adult- I understood it's significance. The floodgates opened and my nemesis called guilt, morphed into some kind of spontaneous joyous abandon. Laughing out loud between sobs all over the statue you called 'Bo', a Pandora’s box of emotion flew open in your home. Symbolically, through this gift, you are with me still. It is to be cherished, by me and by the generations to follow. What a truly wonderful man of many layers you were Poppy ‘Bo’ Beauregard.

Looking down at the statue, I realised one of the glass marbles was missing. Was he was winking at me?

Read next: How to Take Rejection With Grace