by Kate Hewitt 11 days ago in fact or fiction 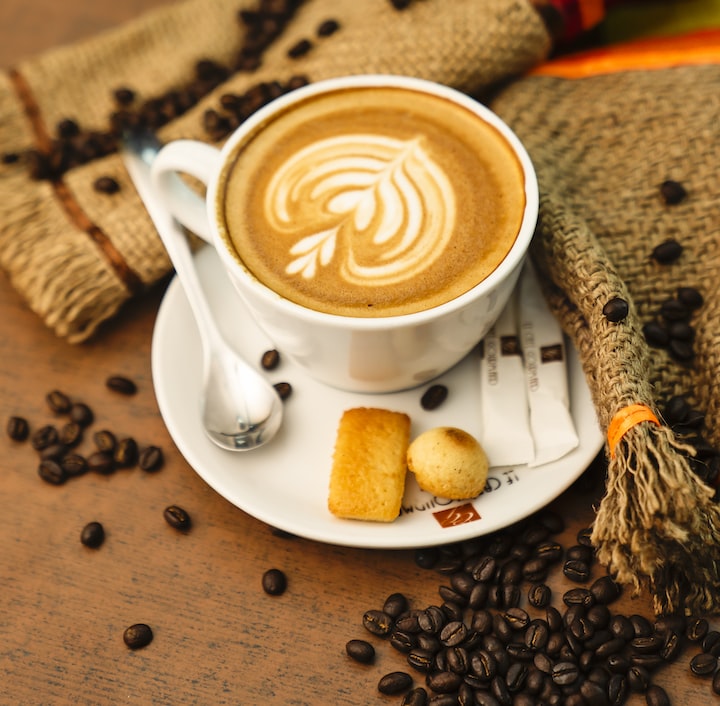 Photo by Guy Basabose on Unsplash

“What are you going to order?”

I flipped through the menu, trying to squelch the feeling of discontentment stirring in the pit of my stomach. “Just a sandwich, I think.” Gingerly I retrieved the spoon from the sugar bowl where Sam had left it, sugar crystals clinging to it. I stirred my coffee slowly, not wanting to meet Sam’s eyes. I shouldn’t have been feeling this way a week before the wedding.

We’d come here to celebrate, to take a break from the frantic preparations. Everything was almost ready, from my dress that used to be my grandmother’s to the cake my sister was baking. It was a family affair, this wedding; Sam and I had grown up together, and our families had been friends for ages. To break it off now would be to break everyone’s hearts, including my own. How could I be thinking this way?

I watched Sam peruse the menu, noticing how his hair flopped down on his forehead, his eyes crinkling at the corners. He was such a thoughtful person, giving a lunch menu the same kind of consideration he would a scholarly journal. Why did that annoy me now?

The waitress arrived and took our order. Sam turned to me with a smile. “How about a deal? Let’s talk about anything but the wedding for a whole hour.”

“Deal.” The last thing I wanted to talk about was the wedding, especially when I wasn’t even sure it was going to take place. Everyone got cold feet, I told myself. It was normal. And yet was it normal to be so irritated by the way Sam jangled the change in his pocket when he was talking?

It was the little things that bothered me. Those tiny, thoughtless mannerisms that were now making me feel like screaming inside. If it had been the big things that bothered me, if Sam and I had a major emotional crisis—lack of trust, or an inability to communicate—I think I could have handled it better. We could have talked about it, worked through it, strengthened our love. But how could I reasonably explain to Sam that the way he rustled the newspaper when he was reading made me want to gnash my teeth?

It also made me feel petty and small. If you really loved someone, these little things shouldn’t bother you. They shouldn’t make you doubt everything you felt for the person you were about to pledge to love, honor, and obey.

Our food arrived and as usual Sam waited until I started eating before he began. He’d always held the door for me, stood aside so I go first. ‘Signs of a true gentleman,’ my mother had said approvingly. And it was true… Sam was the most considerate person I knew. It was one of the first things I noticed about him, one of the reasons I fell in love with him.

So why was I not feeling that now?

A worried crease appears between his eyes, a crease I knew well. Sam could never hide his feelings from me; I knew them like my own. And I knew why he was worried now… not for himself, but for me. The realization brought a lump to my throat.

“Don’t run yourself ragged, love,” Sam said softly, and the lump in my throat grew bigger.

“I won’t.” I reached over and squeezed his hand, the hand that left the spoon, that rustled paper and jangled change. It was warm and dry and familiar, and when he gently squeezed my fingers back a wave of relief washed over me. Maybe it would be okay. Maybe I just needed to remind myself of the big things, the imporant things… the reasons why I love him.

I took a sip of my coffee, and Sam smiled in bemusement. “What is it?”

“Do you know you slurp your coffee?” he asked with a chuckle. “It used to annoy me at first, but now I find it kind of endearing. I suppose it’s just one of those little things we get used to in each other.”

One of those little things. For every irritating little habit Sam possessed, I had one as well. And he was amused by mine, while I was…

I was foolish and afraid, letting the little things cloud the big ones. In that moment I realized those little things were a part of Sam, the same as the things I loved… his generosity, gentleness and compassion. I couldn’t take the big things without the little ones, the things that made Sam human, imperfect and loveable.

With a smile, my heart full of love and gratitude, I handed Sam a spoon, and gestured towards his cup and the sugar bowl. “More coffee?”

I am a bestselling author of both novels and short fiction. I love writing stories of compelling, relatable emotion. You can find out more about my work at kate-hewitt.com

See all posts by Kate Hewitt →